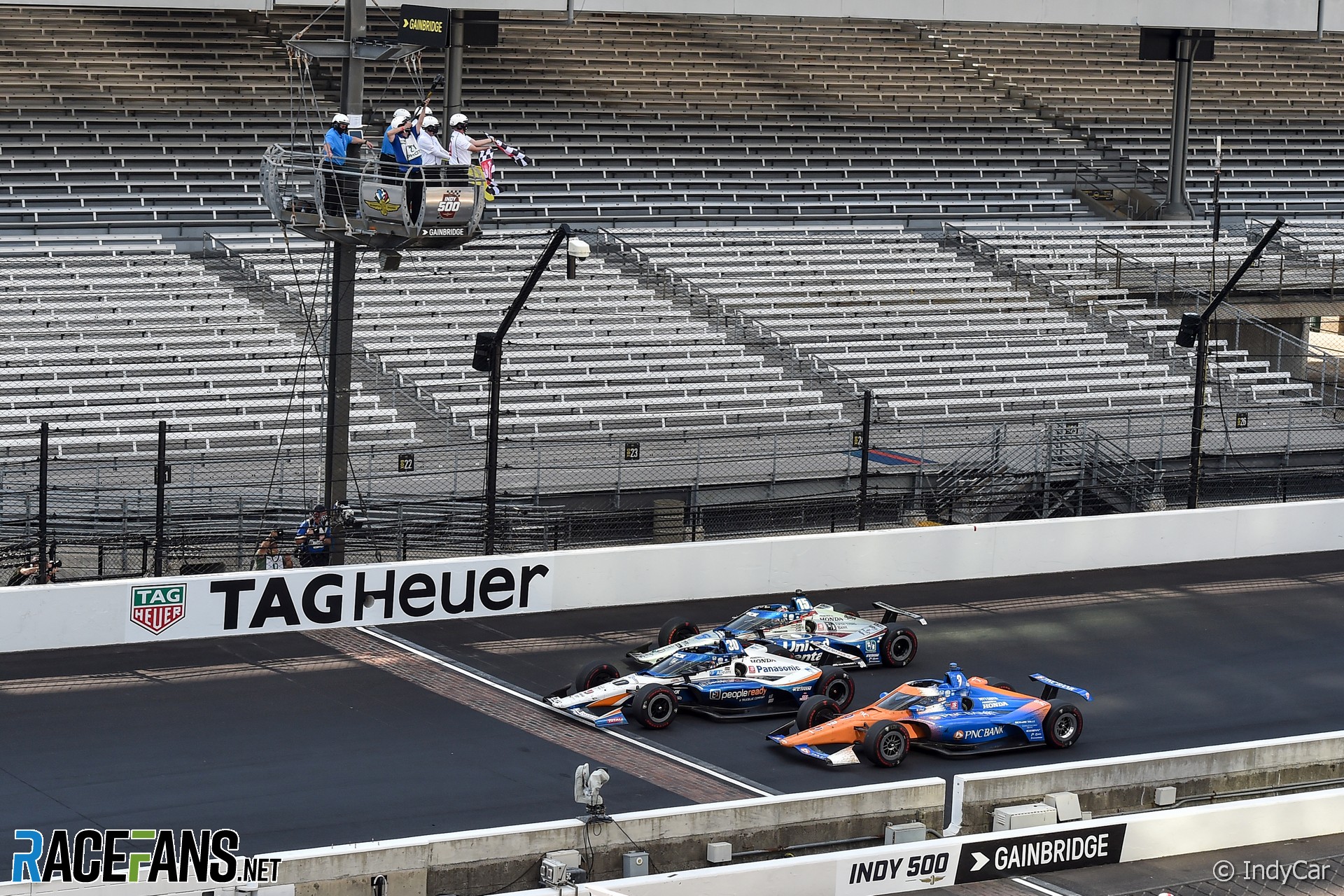 Scott Dixon said he was surprised by race control’s decision to end the Indianapolis 500 under caution following a crash late in the race.

Spencer Pigot caused the seventh caution period of the race with five laps to go in the 200-lap event. The RLL driver crashed heavily at the pit lane entrance, causing substantial damage to a barrier.

Dixon finished second after leading much of the race. He fell behind eventual winner Takuma Sato early in their final stint on lap 172.

When Pigot crashed on lap 194, Dixon thought race control would red-flag the race to allow the clean-up to be completed and give the drivers a chance to race to the finish.

“I definitely thought [that] with five to go,” said Dixon. “I thought they were going to immediately because [of] the size of the crash and where it was, it wasn’t going to be a quick clean-up.

“I was surprised they didn’t. I heard they said normally we don’t do that. History would tell you that’s not true either.”

Last year’s Indianapolis 500 was red-flagged with 20 laps to go after a multiple car crash, then restarted. The previous four runnings all ran green over the closing stages.

In 2014 a red flag was thrown with nine laps to go after a single-car crash for Townsend Bell, which allowed the race to restart before the finish. The previous year’s race ended under caution.

Dixon believes it would have been fair to red-flag and restart this year’s race.

“If they had thrown a red, at the restart the car in second in a scenario like that where you’re not trying to save fuel, going flat out… the leader would have been a bit of a sitting duck unless he did something very weird or strange that caused a bit of a chain reaction or an accordion effect. If there was a three-lap shoot-out, that would have been pretty fair.

“I don’t know how or why or how they do it in the past. The last few times it was maybe more laps to go in the race. I think if they called it pretty quickly like they typically do, you still could have had at least three laps to fight it out.”

Had it not been for the late caution period, Dixon suspects Sato would have had difficulty making it to the end of the race at the pace he was running without running low on fuel.

“It was definitely a good day. Everything we did, strategy, was on point. We definitely had a pretty fast car. We knew it was always going to get tricky at this point of the day. We thought we made the right call.

“When we ran the first couple of laps after the last restart, we couldn’t get the fuel mileage we needed to finish the race. We went to a leaner mixture, just kind of sat there. We didn’t think they were going to make it on fuel.”

8 comments on “Dixon surprised Indy 500 was not red-flagged”