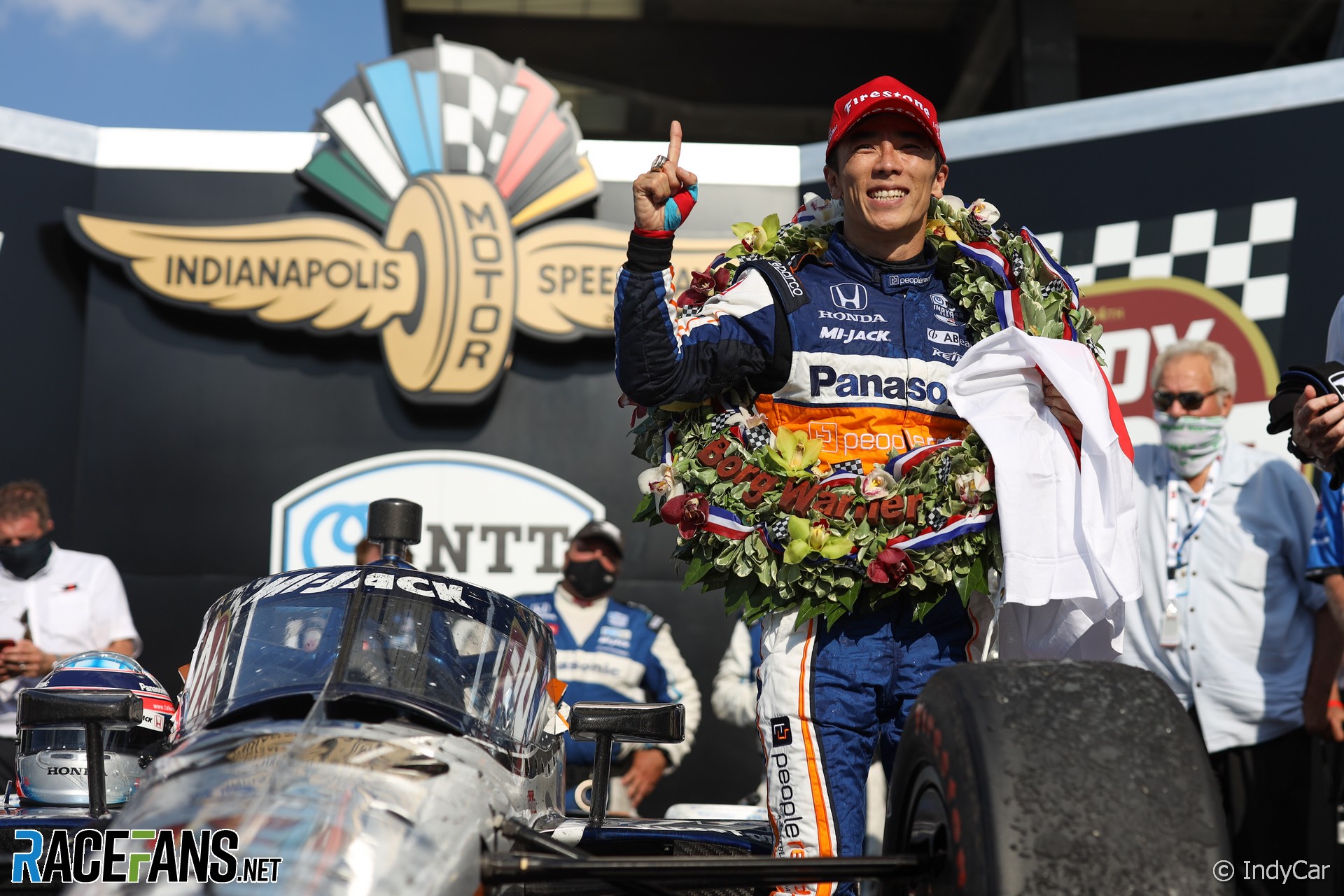 Takuma Sato dismissed suggestions he wouldn’t have won the Indianapolis 500 had it not been for a late caution period at the end of the race.

The Rahal-Letterman-Lanigan driver scored his second victory in the race yesterday. He took the lead from Scott Dixon lap 172 of 200, and a caution period triggered by a heavy crash for team mate Spencer Pigot with five laps to go guaranteed his victory.

While Dixon doubted Sato could have made it to the end of the race at the speed he was running, the winner said he wasn’t concerned about his fuel mileage if the race had stayed green.

“I knew towards the end of the stint I had very good speed,” he said. “However, after the restart, when I got the lead, I got a voice from the pit basically [saying I was] using too much fuel.

“I had to back off with leaner mixture. You can see immediately Scott caught me and tried to give it a go. At that point I had to switch back to the maximum power.

“He was three cars, four cars behind. I went with the leaner mixture. We were close. Even without it, I was hitting the number. If you scan my radio, we were on the number. Even [if] we’d gone through the entire green, I think we’d be okay.

“However, still I think I would be threatened by Dixie for the last few laps where he will be probably at 100% power. I had some of that in the pocket, but otherwise it was very, very close.”

Sato said he was relieved to see Pigot emerged unscathed from his heavy impact with a barrier.

“I know fans wanted to see a chequered flag battle for the win. Sometimes it happens.

“I feel glad that my team mate Spencer got out of the car. It looked a really bad angle, I was a little worried about it.

“Once again, an improvement for the safety of IndyCar. IndyCar did a phenomenal job with the Aeroscreen, we now feel so much protection. I think they’ve done a fantastic job.”

Sato has now won the race twice since turning 40. “I never even imagined a situation like today,” he said. “Look, after 40 years old, still driving, that is just living in a dream. People said 2012 was probably my peak and the best shot. Well, we’ll see. We kept on going.”