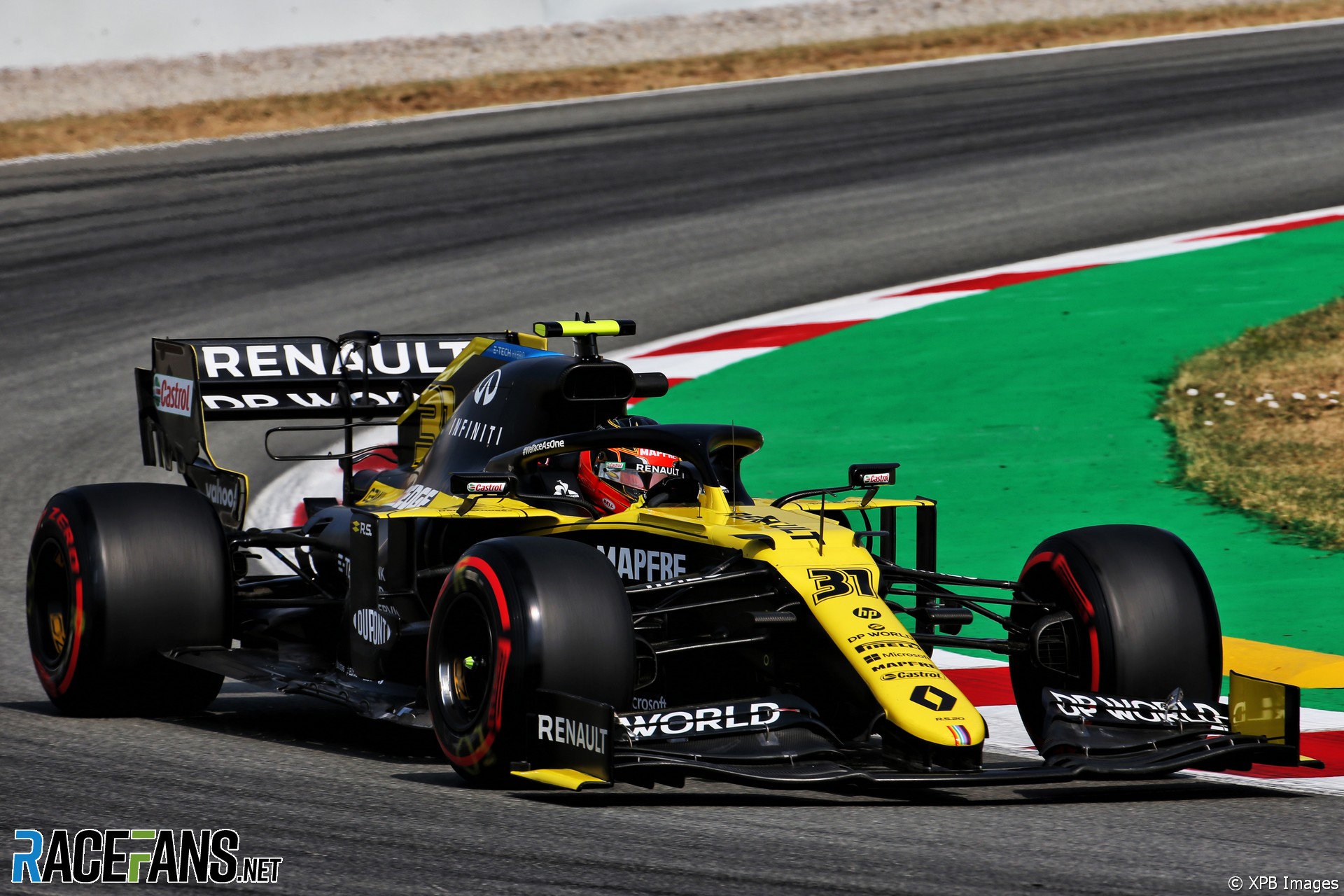 Esteban Ocon believes the coming ban on teams using ‘quali modes’ on their engines is likely to play into Renault’s hands.

The FIA originally intended to ban the high-performance settings from this weekend’s Belgian Grand Prix. However as RaceFans revealed last week, this has been postponed until the next race in Italy.

Ocon believes Renault stand to gain from the change. “If it [happens] I think we are good because our race mode is very competitive at the moment,” he said.

“I don’t know exactly if some manufacturers turn up a bit more their engine in qualifying than others. But what I know is that our race mode is competitive so hopefully it will play in our favour.

“At the moment we are fighting against the McLarens, against obviously the Racing Points. So the McLaren are going to be similar to us in the end because it’s the same engine. Let’s see how it turns out. It’s the same for everyone, but hopefully it could level up the field.”

McLaren team principal Andreas Seidl, whose cars also use Renault power, said it’s too early to judge the full implications of the change.

“In the end, we need to wait [to see] what a change, if there is a change, this is targeting. For us as a customer the most important thing is that whatever the rules are, we simply get exactly the same modes and mileage for the different modes as the works team is having. And here I have maximum confidence in both Renault and Mercedes that they treat their customers the same as the works team.”

Next year McLaren will switch to Mercedes, who have produced the standard-setting power units since the current V6 hybrid turbo power units were introduced in 2014. Seidl doubts the latest change in the engine rules will significantly weaken Mercedes’ position as F1’s top engine builder.

“One [thing] maybe also to add, I think whatever the rule changes, I think that is the capacities and abilities Mercedes is having, whatever the rules will be, I’m sure they will keep being the benchmark in this modern hybrid power unit era.”