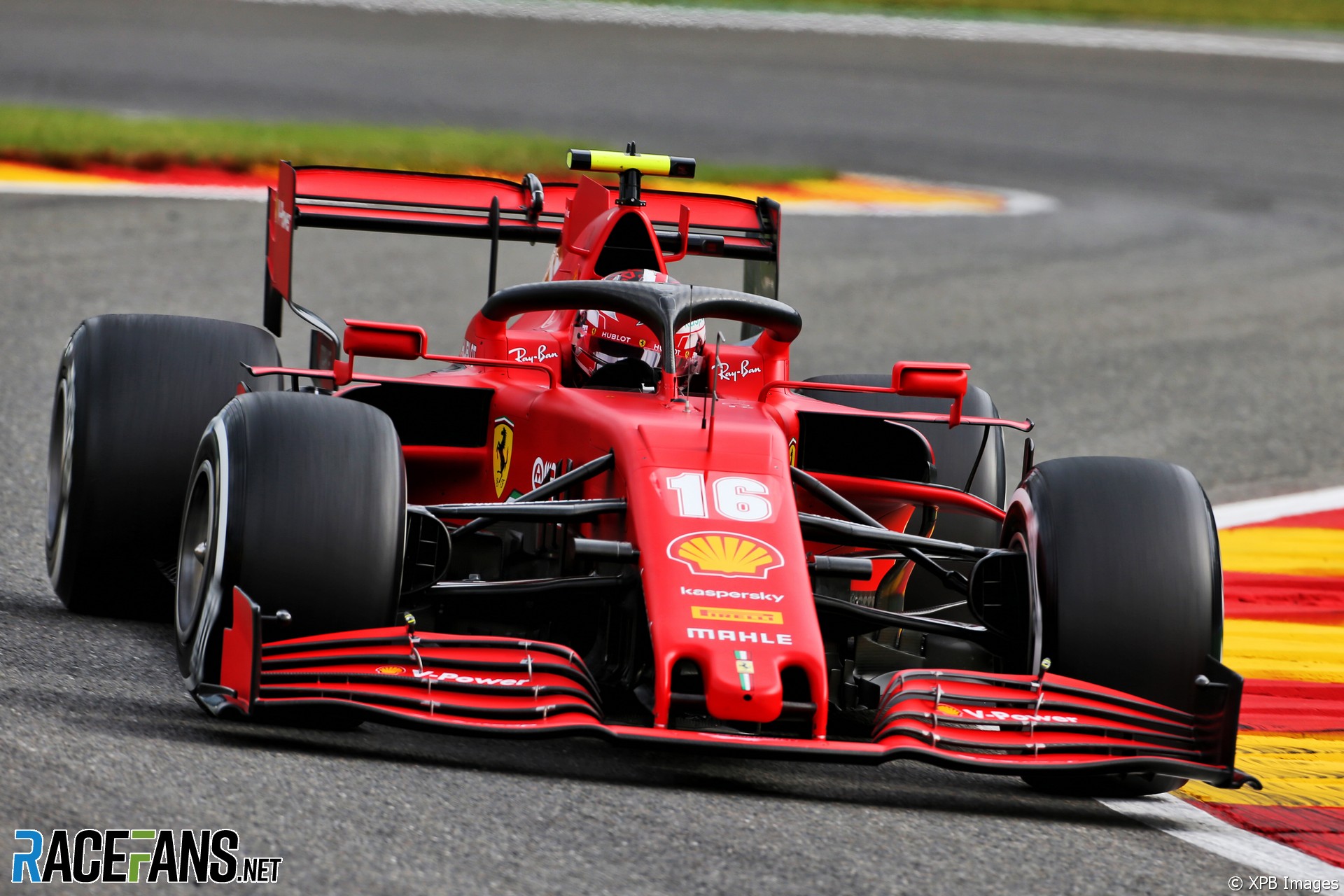 Ferrari team principal Mattia Binotto says their car couldn’t get its tyres to work after ending Friday practice 15th and 17th at Spa.

“It didn’t look too pleasant from the outside [or] from the inside as well,” Binotto admitted. “Certainly we are not competitive today both in first and second practice.

“We struggled to make the tyres work. Which obviously, lacking the grip both in braking and acceleration, gave no overall performance to the car. So the drivers are complaining about grip, overall grip.”

The team’s quickest lap time was 1.6s off the pace set by Red Bull’s Max Verstappen. Binotto believes Ferrari will be able to improve if it is able to solve its tyres problems.

“I think obviously that’s not the potential of our car. It’s certainly not the normal position, at least for our car of today if you compare where we are on the grid and the relative competitiveness to the others.

“So I think there is a lot to work on through the night to analyse data, understand why eventually we are not bringing the tyres to the right window of temperature and make sure that we have addressed it for the rest of the weekend. It’s the same situation on both cars, so it’s not driver-related, it’s really the way we set up the car in order to find the right window in the tyres.”

Charles Leclerc had suggested yesterday the team might struggle in the long straights of sectors one and three but perform better in the middle of the lap. That proved not to be the case, said Binotto.

“Depending on the level of downforce you are at first choosing, which compared to yesterday we may have tried something different, but generally speaking if you don’t find the right window on the tyres, you are not making them work, certainly you have no grip and you are not fast in sector two.

“Then you are slow in all three sectors as a consequence. So there is a lot to do and try to address it for the rest of the weekend.”