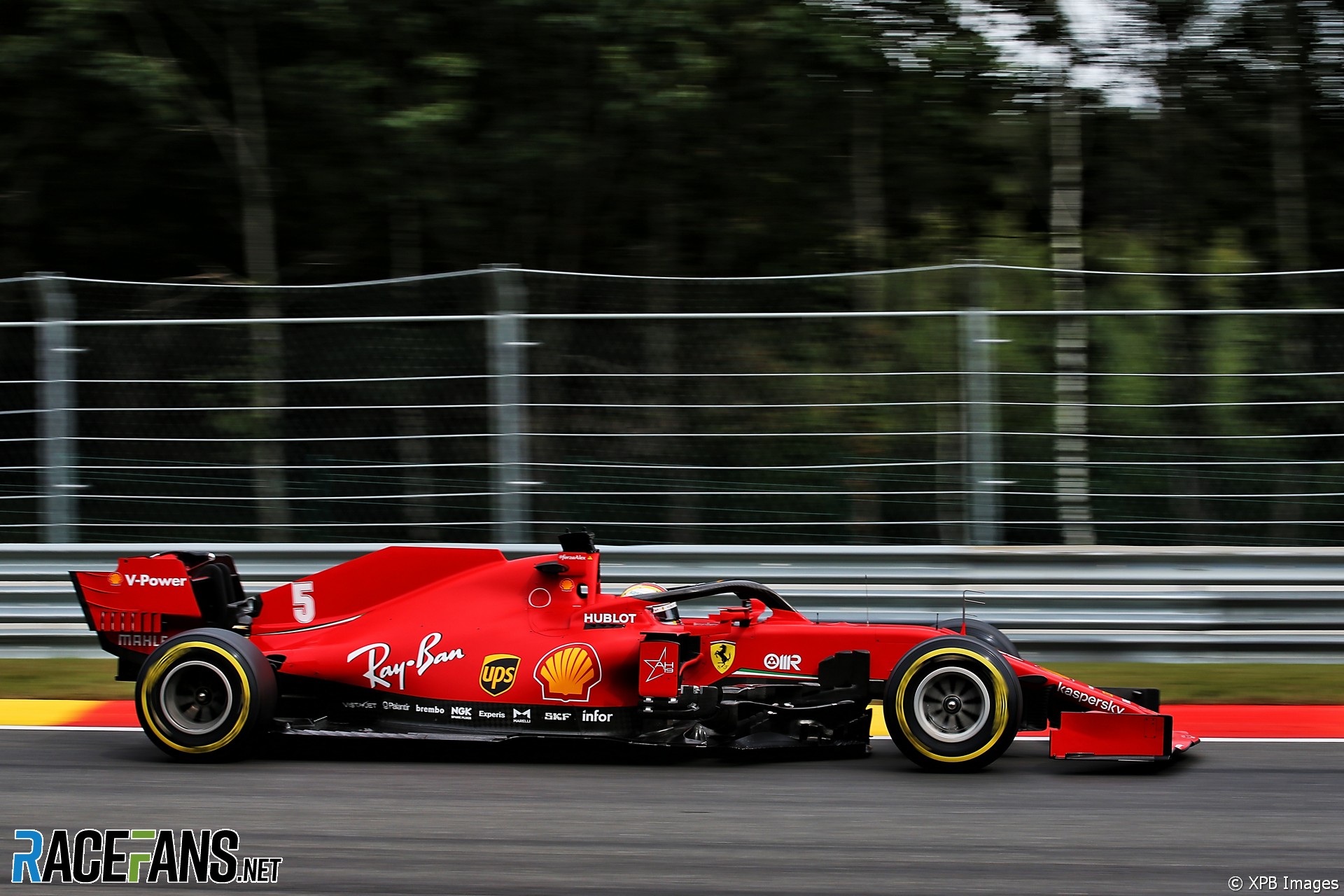 Sebastian Vettel said it came as no surprise to him to learn Ferrari had lapped over 1.3 seconds slower than last year in practice for the Belgian Grand Prix.

Ferrari, the winners for the last two years at Spa-Francorchamps, headed Friday practice last year with a best time of 1’44.123. But today Charles Leclerc’s 1’45.440 was the best time either of their drivers could manage.

“I didn’t compare to last year but it’s probably not a surprise,” said Vettel when asked about the team’s step backwards. “It’s been like this in other events as well.”

Ferrari ended the second session eighth-fastest of the 10 teams, with only Williams and Haas behind them.

“I think it was a difficult day for us,” said Vettel. “The car was difficult and tricky to drive.

“But I guess that also means that we’re not quite where we should be so we’re looking currently to find options with the set-up. We tried a lot this afternoon. We’ll reset and try again and try something different. I’m sure tomorrow will be a bit better.”

Some rain fell between the F1 sessions at Spa today and a downpour arrived after practice concluded. Further rain is expected later in the weekend, which Vettel said may play into Ferrari’s hands.

“I think we has some glimpses of wet conditions this year already in Austria and Hungary in free practice,” he said. “It won’t be the easiest for us, but there’s always a chance to mix things up so we’ll see what we get.”

19 comments on “Vettel not surprised as Ferrari lap 1.3 seconds slower than last year”