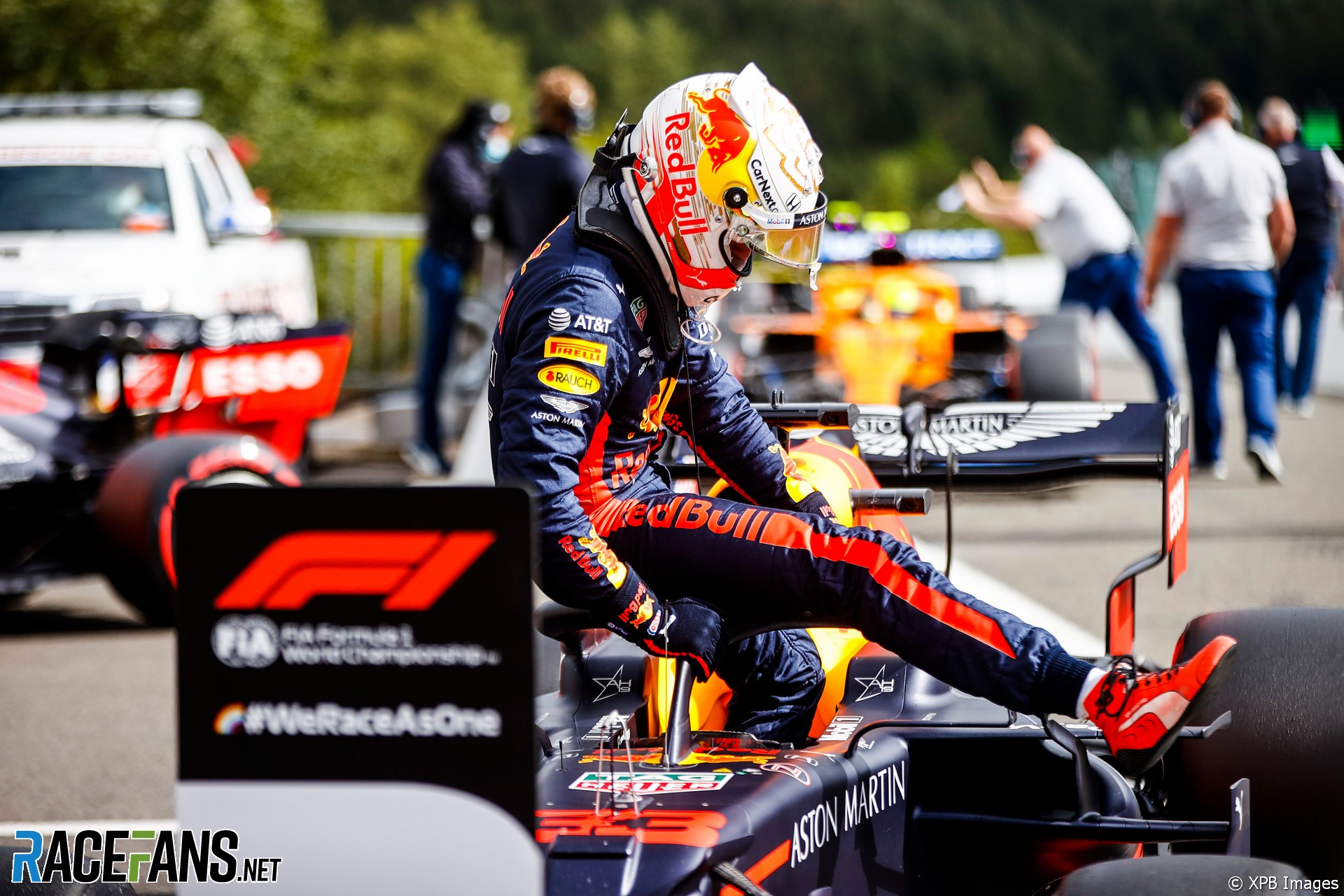 Max Verstappen says his car’s loss of energy at the end of his qualifying lap didn’t cost him second place on the grid to Valtteri Bottas.

The Red Bull driver revealed on his radio his car had “ran out of energy a bit too early” at the end of his last run in Q3. Bottas beat him to second place on the grid by just 15 thousandths of a second.

However Verstappen doubts the loss of energy cost him a front row start, as he would have used the power earlier in the lap. “No, automatically throughout qualifying I think you stay a bit longer on open throttle,” he said. “Of course you try to manage the energy throughout the lap but I think probably it was the fastest way around the lap.

“It’s just always when you get out of the last corner and then you feel the engine is not accelerating as normal because you run out of that energy, you probably used it up somewhere else. There’s always that feeling, but probably when I go back and look at the data it’s still the fastest way. It’s just a bit of an odd feeling sometimes.”

Verstappen said he was pleased with the progress Red Bull has made with its car this weekend.

“It’s been a positive weekend, I didn’t really have a lot to complain,” he said. “If I’m not mistaken I think this is the closest we’ve been to Mercedes in qualifying on the track where we didn’t expect it to be like this. So I’m very happy with that. I think qualifying went pretty smoothly.

“It was all about, for us, trying to get a little bit of a tow to add a bit of top speed. You’re trying not to be affected in the middle sector, but of course everybody is trying to get that tow, so getting to the last chicane to prepare the lap sometimes was not ideal getting into turn one.

“But I think in Q3 it was fine, I could do my lap like I wanted it and very pleased to be here again.”