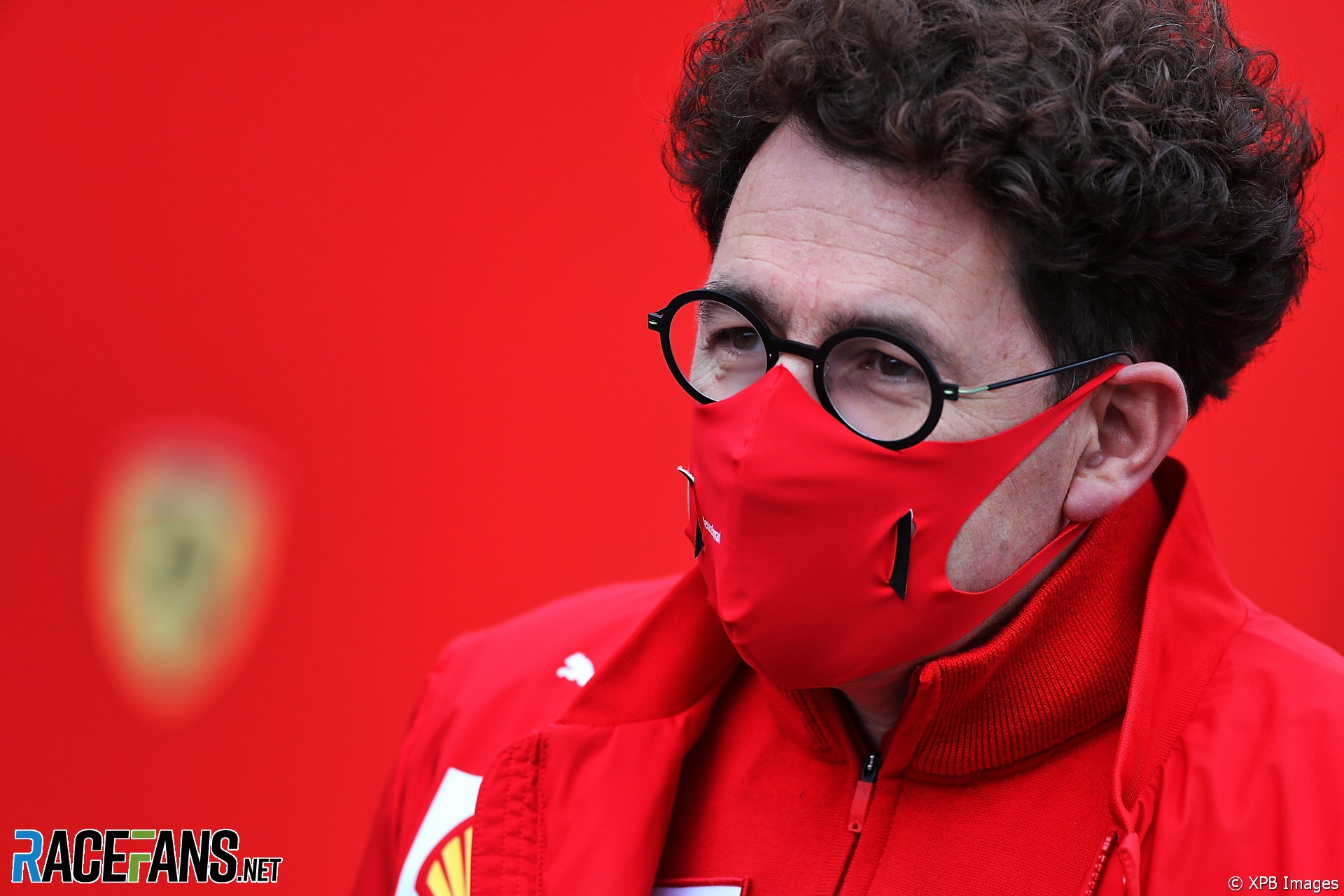 The team endured a dire weekend at Spa-Francorchamps, where it won 12 months ago. The SF-1000 lapped slower than its predecessor managed last year and Ferrari failed to qualify or finish inside the top 10.

Using parts from last year’s car is not an option, according to Binotto. “The car is quite different,” he said. “The car itself it’s not a plug-and-play it’s not something that you take from one and you put on the other so that’s not possible.”

Ferrari were beaten by their engine customer Alfa Romeo in the race, which Binotto said indicates there is a further factor behind the team’s struggles this weekend they haven’t uncovered yet.

“Power and aero efficiency is the first part,” he said. “But that’s not sufficient to explain our performance of this weekend because anyway I don’t think that the pattern with our customer teams is where we are expecting to be.

“So there is something more which we are looking at which at the moment we do not [understand].”