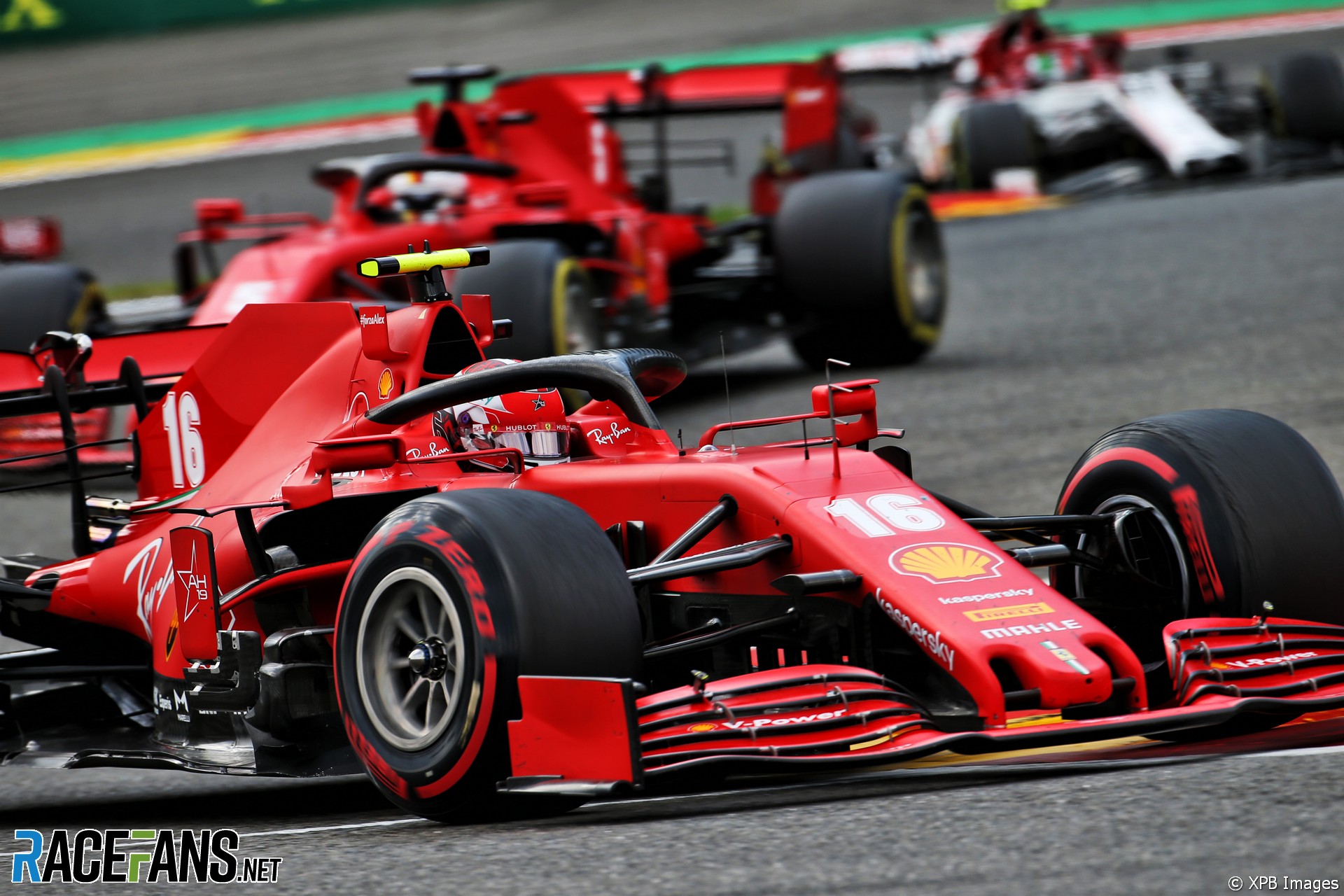 Ferrari’s slump in performance at Spa-Francorchamps reflects how hard the team was hit by its settlement with the FIA over its power unit, says Red Bull team principal Christian Horner.

Having won the Belgian Grand Prix on the power-sensitive Spa circuit last year, Ferrari were the only team to lap the circuit slower this weekend than they did 12 months ago. Sebastian Vettel and Charles Leclerc struggled to 13th and 14th place in today’s race.

Ferrari reached a secret settlement with the FIA following an investigation into its power units before the season began. This led to changes in the engine regulations which Ferrari has admitted affected the performance of its car.

Horner said “the whole thing has left quite a sour taste” and suggested the power advantage Ferrari enjoyed before the settlement helped them to victory in races Red Bull could have won.

“Obviously you can draw your own conclusions from Ferrari’s current performance. But in those races we should have won last year, arguably, if they’d have run with an engine that seems to be quite different to the performance that they had last year.”

Ferrari’s current situation “is obviously very tough for them”, said Horner. “But I think it’s that their focus has obviously been in the wrong areas in previous years, which is why they obviously seem to be struggling a little with whatever it was in that agreement.”

He believes Ferrari now have the least competitive engine in Formula 1. “You’ve got Mercedes a clear leader. Then I think Honda and Renault are reasonably close depending on on circuits and conditions. And then you’ve got Ferrari, obviously, at the back of the queue.”

Mercedes team principal Toto Wolff, who said yesterday Ferrari’s problems were due to decision made by certain members of the team, echoed Horner’s comments.

“Ferrari is an iconic brand and fantastic people that build these cars,” said Wolff. “And it’s difficult to say because I don’t want to put any more oil into this.

“But we were really stretched so much last year and the year before that we suffered and we lost some people in terms of just being at the end of just the end of their heads. And this is why I would probably follow Christian’s comment.”