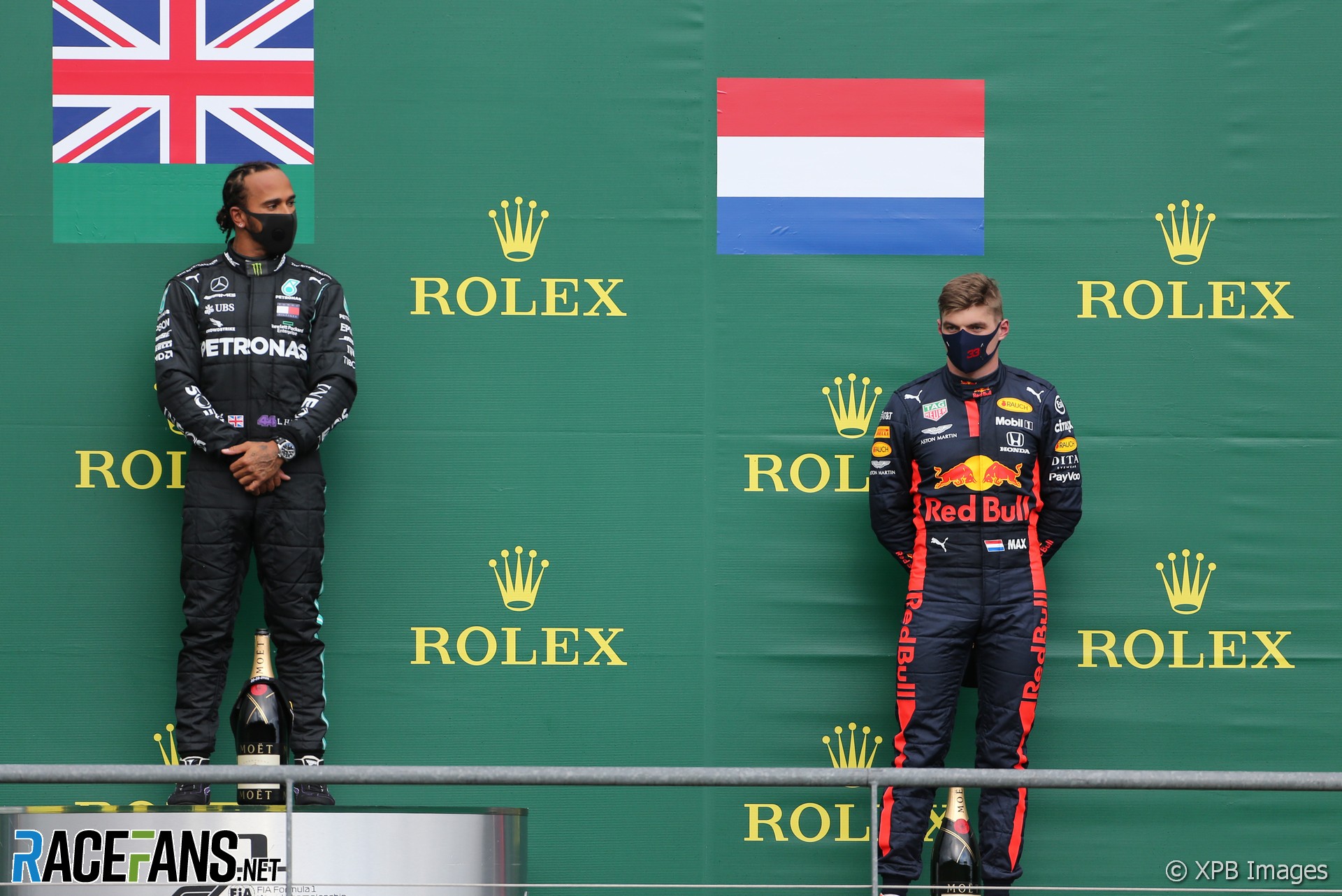 Lewis Hamilton says Red Bull are not operating at their full potential because only one of their cars is consistently challenging the Mercedes pair.

After seven races, Red Bull’s Max Verstappen is second in the drivers’ championship, 47 points behind Hamilton. But his team mate Alexander Albon is 62 points behind his team mate, who has out-scored him in every round they’ve finished.

Albon has tended to qualify several places behind Verstappen, which Hamilton says is limiting Red Bull’s strategic options in the races.

“Unfortunately, both drivers aren’t there like me and Valtteri [Bottas] are. That makes it harder for them.

“I’ve experienced it many years ago when I was at McLaren and I was the driver that was always at the front and didn’t have a team mate backing up. So you equally don’t get the constructors’ points, but then can’t play strategy on the cars that your racing against. So they’ve got that, he’s kind of there on his own.”

Earlier in the weekend Red Bull team principal Christian Horner defended Albon’s performances since he joined the team ahead of last year’s Belgian Grand Prix as a replacement for Pierre Gasly.

“Everybody’s obviously got an opinion on this topic but they don’t have really the facts,” said Horner.

“Alex is doing a good job in what’s been a difficult car this year. It’s a different car to last year, I’d say the car’s harder to drive than 12 months ago.

“When he got in the car 12 months ago he did a much stronger job than Pierre had done up to that point in the year. I think Alex has got a lot of talent that obviously we haven’t seen come to the surface yet.

“His racing has been very strong on a Sunday but he’s struggled with the car over a single lap. And, of course, Max has been so strong at getting the most out of the car.

“You think back to some of the great drivers, whether it’s a [Michael] Schumacher or an [Ayrton] Senna, and being a driver alongside those guys was very tough. I think that’s a similar situation that the seat alongside Max has at the moment.

“Alex is only going to get better. He’s still pretty young and inexperienced. This is only his second season of F1 racing and we’re doing all that we can to support him and develop him.”

Horner pointed out Albon’s results would look better this year if he hadn’t been knocked out of second place by Hamilton in the season-opening Austrian Grand Prix.

“This is a driver that nearly won the first race of the year. Strategically we were sharp, he obviously got turned around by Lewis that race. He was fighting for the podium and should have been on the podium in Brazil at the end of last year [where Hamilton also hit him].

“I think he’ll have more Sundays like that in the coming races where he’s competing and fighting for podium finishes on merit. So, the team has confidence in him and belief in him and we’re happy with our choice.”