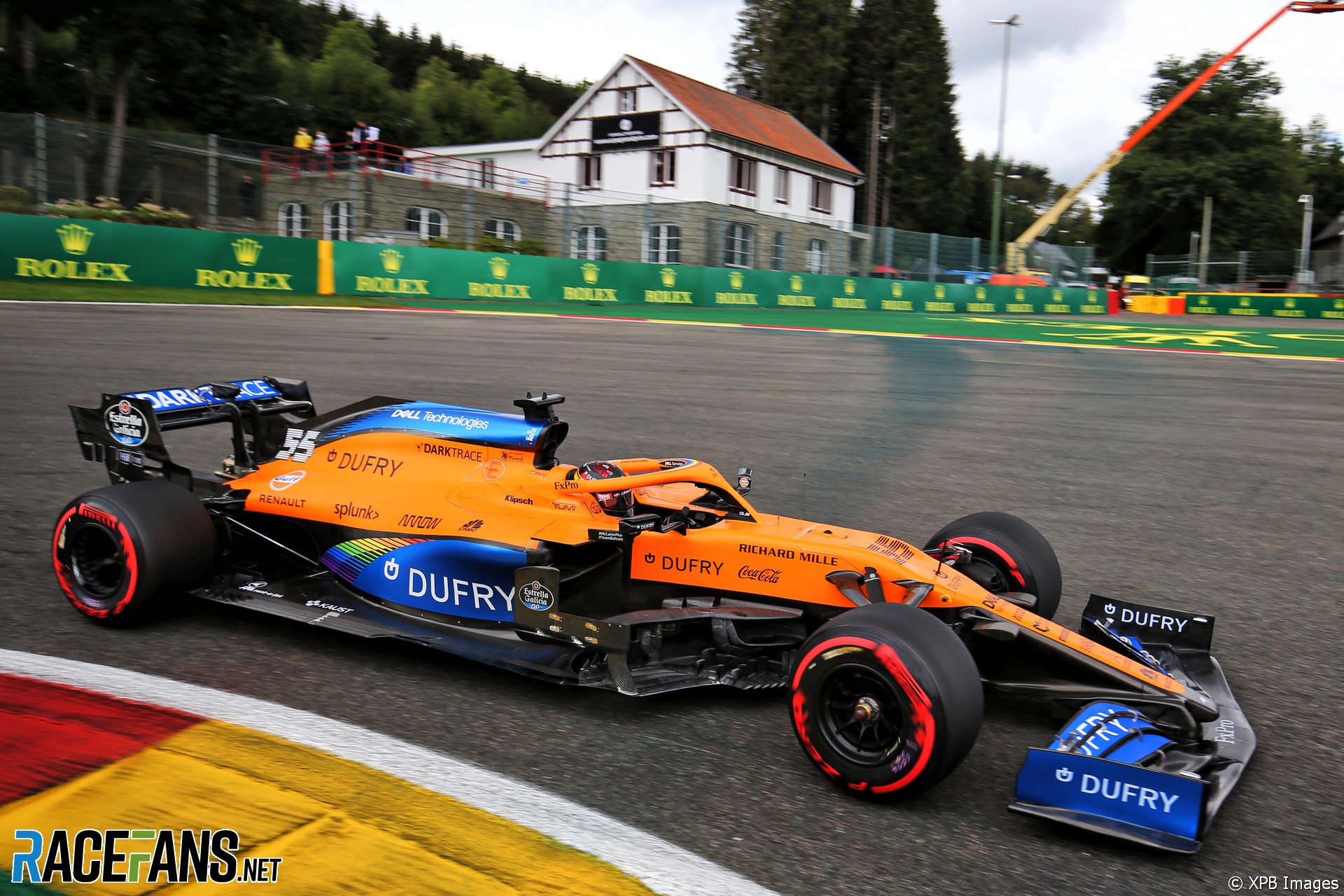 McLaren has confirmed Carlos Sainz Jnr will not start the Belgian Grand Prix following an exhaust failure on his car.

Sainz’s MCL35 was seen smoking heavily during his pre-race reconnaissance lap at Spa-Francorchamps as he rounded Blanchimont. He was told to pit immediately.

The team said Sainz suffered an exhaust failure which was caused by a problem with his power unit.

He was due to start the race from seventh position. An empty space will be left on the grid between Alexander Albon’s Red Bull in sixth place and Sergio Perez’s Racing Point in eighth.

It is the second year in a row Sainz has suffered a technical problem very early in the race. A power unit struck him 12 months ago and he retired after a single lap.

“On the second lap to the grid I started smelling something not quite right on my car,” he said. “And I started hearing that the exhaust had broken.

“I went into the pits and then we found out that’s it’s actually a PU issue that generated an exhaust blow-out. Second consecutive year that I’m not even able to start the race at Spa, my favourite track. So you can imagine I’m not happy.”