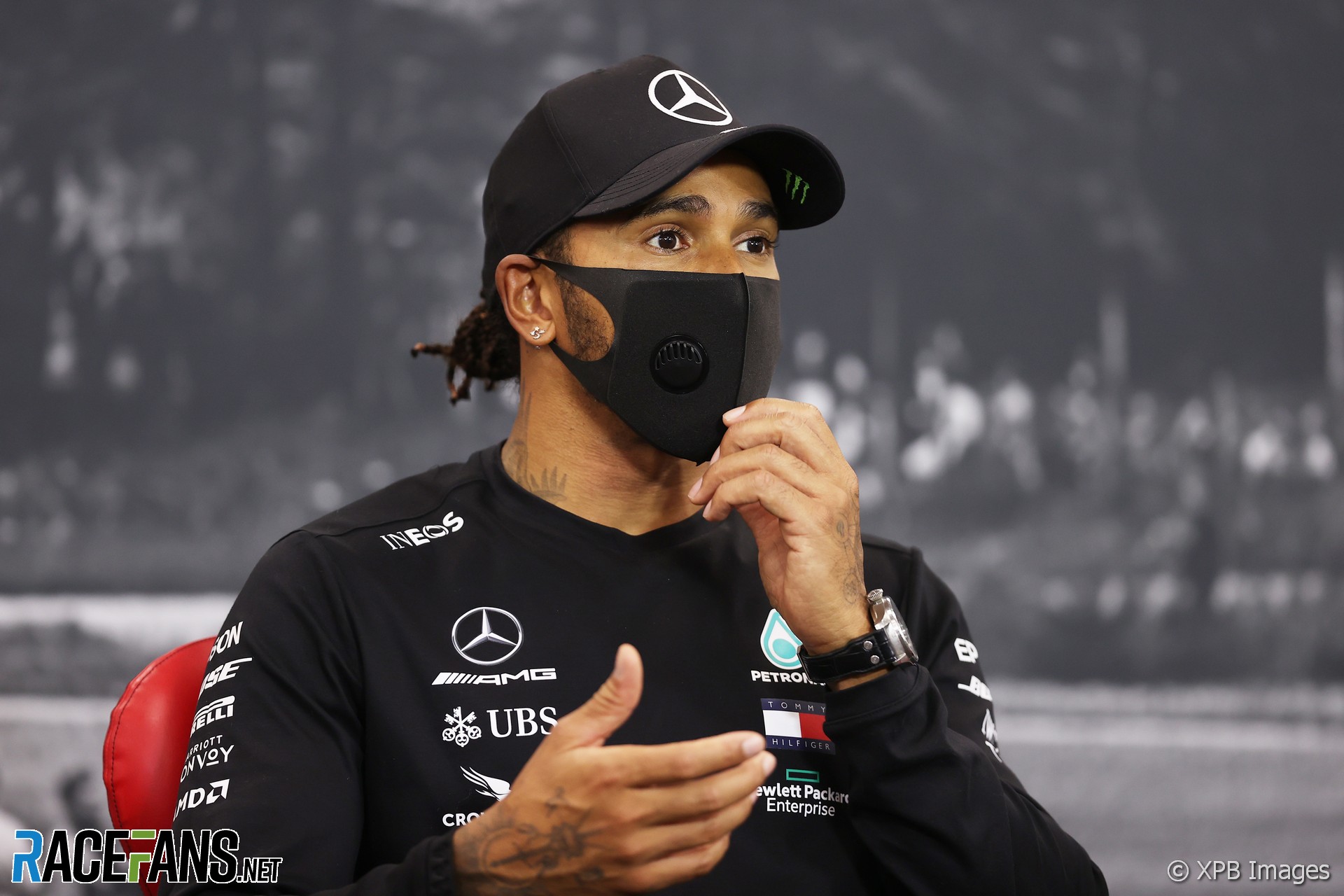 Lewis Hamilton understands criticism of processional races like yesterday’s Belgian Grand Prix, but says it isn’t down to drivers to improve the quality of racing.

“People need to, hopefully, understand that this isn’t our fault,” said Hamilton. “At the end of the day we’re drivers, we’ve come through all the ranks, we’ve earned the positions that we have. We come in, weekend in, weekend out, devoted and give absolutely everything to go out there and perform at our best.”

Hamilton led all 44 laps at Spa-Francorchamps while rivals Valtteri Bottas and Max Verstappen also held their positions throughout the race.

Formula 1 was due to introduce new technical regulations aimed at creating better races next year. However in order to reduce costs following the Covid-19 pandemic, this has been postponed to 2022.

“Ultimately the decision-makers who design the cars, who set rules and those kind of things, are the ones that you could apply pressure to to ultimately do a better job moving forwards, if that’s possible,” Hamilton continued.

“I’m hopeful that’s what they’re going to do in 2022 and with that new type car, maybe we’ll see a different form of racing where you can follow. Wouldn’t that be something if we can follow closer and have more close races?”

Hamilton scored his 89th grand prix victory yesterday, leaving him two shy of the all-time record held by Michael Schumacher. He pointed out many of the races Schumacher won were also very processional

“I can’t speak for the fans but having been a fan, growing up, having lived in different eras watching the Schumacher era, I know what it’s like.

“As soon as the start was done, and the restart, you generally know that I don’t make too many mistakes and the same with these drivers, they’re very consistent. It’s very difficult to overtake in this circuit so I can imagine it’s definitely not the most exciting.”

Hamilton said he would often go to sleep watching races during Schumacher’s period of dominance.

“I was a teenage kid, I would have woken up, had my bacon sarnie and probably watched the start and gone to sleep and then woke up to watch the end. If I was watching today I would do the same most likely and watch the highlights because it’s much shorter, unless a friend told me there was a super exciting race on TV so that you watch the whole thing.”