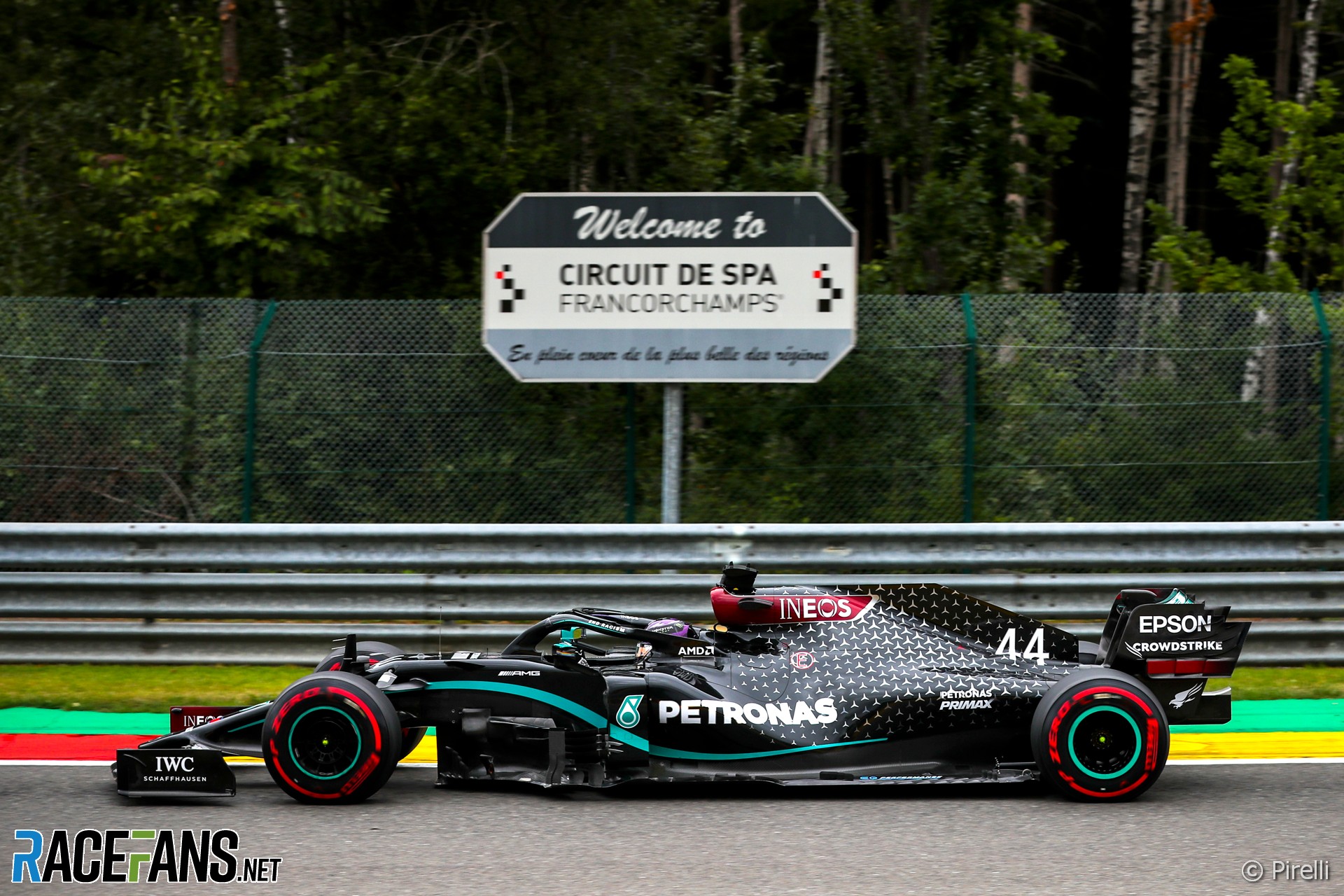 It’s been a while since the last grand prix Paddock Diary. It’s been 270 days since I last swiped my media pass at Yas Marina in Abu Dhabi at the end of last season, and my arrival at Spa-Francorchamps on Thursday morning as part of the small group of media reporting ‘live’ on the Belgian Grand Prix.

Referring to this column edition by its usual ‘Paddock Diary’ title is something of a misnomer as journalists are barred from entering the paddock due to Covid-19 restrictions. The media centre is situated above the paddock, so we can see it, smell it and hear it, but can’t access it. This is frustrating in the extreme, particularly when contacts are spied a few metres away but remain well out of bounds. That’s how it is for now.

My race weekend started with a return trip to Spa – specifically Blanchimont – on Wednesday, for a mandatory Covid-19 test. I collect my 2020 pass, to which a QR code is added indicating my Covid-19 status, which is verified by nostril and throat probes.

Sliding the pass over my head, I have a feeling of ‘completeness’ for the first time this year.

The Covid test was my first such ordeal. Having heard tales of tingles and burning sensations, I was rather apprehensive. In the event the process was uncomfortable but not painful – disconcerting as I was worried it had not been administered correctly. My fears were allayed the following morning when the test station advised I was ‘negative’, so back to Spa it was on Thursday morning. 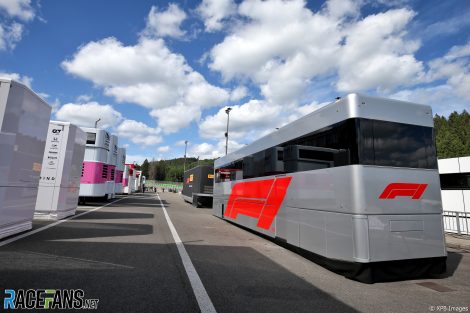 I cover the 140km drive to the best circuit in the world. I say this not only as a proud (naturalised) Belgian, but also as a student of F1 history. Others may offer glitz, faster average speeds or better accessibility, but in my book none so majestically captures the essence of F1.

No crowds mean none of the usual traffic hassles. I park up and head for media centre. The first major difference is that where minibuses shuttled us to the paddock, this time it’s a tortuous walk bypassing the teams areas and into the administration building via a back door.

During a normal weekend around 200 journalists pack the media centre with 80 or so photographers in an adjacent room; under Covid conditions the numbers are around 30 and 25 respectively – all accommodated in the same room with four heads per row rather than the typical 30.

I spend the morning acquainting myself with revised protocols, catching up with colleagues and digging into the new Williams ownership.

Next change: no visiting team hospitality areas for lunch. Instead the circuit lays on three-course meals provided by local caterers. Tasty, but I’d prefer normality, and not only on account of wider choices.

The FIA press conference calls with all the drivers are conducted via Zoom. The process was outlined here, and remains the same, whether for remote journalists or on-site scribes.

I head home and pack for a two-night stay closer to the track. In retrospect a better choice would have been to stay three nights, but old habits die hard. For Spa I usually book only Friday and Saturday night on account of horrific hotel rates during race weekend. But with no fans, there’s no profiteering. 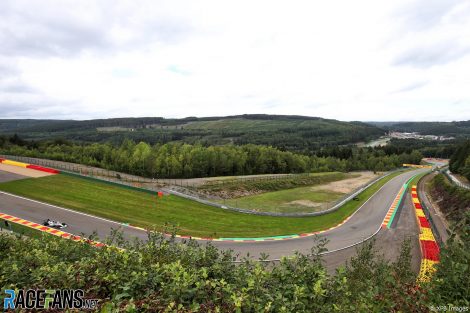 I could get used to the lack of traffic, although on reflection I’d rather have jams if it meant have the fans here. Once inside the media centre it’s business as usual, albeit via telephone or text.

Not being able to get trackside during first practice is frustrating. Still, standing on the balcony outside the media centre I absorb the familiar sights, sounds and smells, so it does beat staying home and watching via F1 TV.

The hot topic during the team principals’ press conference is the 2021-25 Concorde Agreement, signed by all teams since the Spanish Grand Prix. Clearly all teams are treated the same bar Ferrari – which receives an additional $50m per year, yet remains restricted by the budget cap, making the additional income is academic from a performance perspective. The annual break clause originally revealed by RaceFans is also, indirectly, confirmed.

After a routine second practice session I delve into Lando Norris’s decision to switch back to a helmet in his traditional colours rather than wear the ‘Flemish Lion’ version. It’s a shame that what started as an innocent family tribute ended up being politicised by certain factions.

Afterwards I conduct an exclusive interview with Red Bull team principal Christian Horner, via Zoom. He’s in good spirits but there’s plenty of serious discussion between the banter. I first met Horner in his Formula Renault says back in 1992 when, as he reminds me, I still had hair. Watch out for some of his more serious insights later this week, particularly about his future and Max Verstappen.

For dinner I grab a ham baguette provided by media centre then walk to the parking area, relieved that the day’s rain has stopped. I spend the night at small family-run hotel in St Vith, a delightful German-speaking hamlet situated 25kms from the circuit. 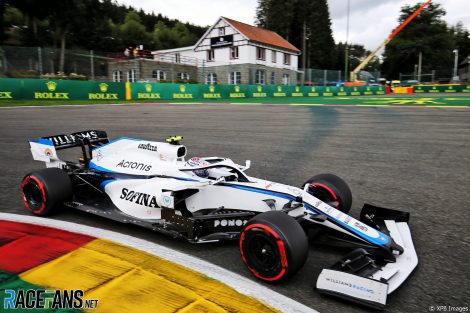 I arrive at the circuit and continue to chase for information on Williams. Eventually I track down information via a left-field source, and what I’m told joins various dots. A royal connection is revealed, as is involvement former Manor F1 folk. As I work the phones another common thread amongst sources is Mercedes motorsport boss Toto Wolff’s intense lobbying in the Renault versus Racing Point brake duct matter, which Ferrari is now appealing.

Why would an (allegedly) outside party – a self-appointed mediator – push so hard for Ferrari to withdraw its appeal? It is pointed out to me that that Ferrari is not the only appellant, so Racing Point too would need to withdraw its appeal, otherwise leaving the team guilty as charged. The suggestion is that Wolff would rather Racing Point pleaded guilty than have the International Court of Appeal investigate Mercedes’ involvement.

In the evening I head for St Vith with my colleague Christian Menath, who kindly hosts me for dinner at a local restaurant. Thereafter I finish and file my analysis of the Williams, which hits the site the following morning.

After a hearty breakfast I check out and make for the Covid station for testing ahead of my trip to Monza. My route takes me along the original Spa-Francorchamps layout last used by F1 in 1970. Lined by trees and hugged by houses, the circuit regularly claimed drivers, up to two per grand prix.

As I pass through the notorious Masta Kink – taken at 300kph back then – at a sedate (legal) pace I marvel at the incredible courage of drivers from that bygone age, when the track was a 14-kilometre monster.

After the Covid test I make for the media centre, then avail myself of the ‘mix zone’, a room set aside for meetings between team and media members. Although there are separate entrances and we sit at opposite ends of a large round table and confidences cannot be whispered due to the distance between parties, it is certainly a step in the right direction, one I hope it is repeated in Monza. 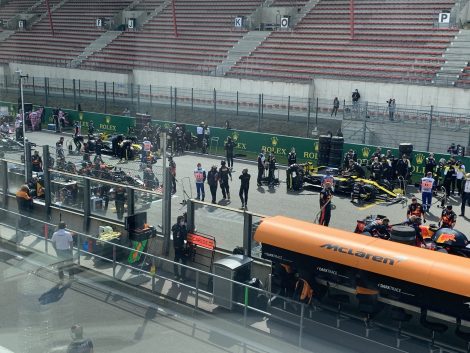 After the race I’m in media calls until eight o’clock. Then I pack up and depart after my first ‘Covid grand prix’.

The pathogen can be blamed for an awful lot of global problems, but not for the most boring grand prix I’ve attended at Spa of the 20 I’ve had the fortune to attend. Still, this season is not halfway through, so hopefully it is not yet over for all teams bar Mercedes. However, F1 needs to ask itself searching questions about what can be done to enliven the racing given that the new technical regulations have been delayed by a year.

On the way home I ponder the weirdness of F1 2020-style. Without doubt Liberty have down a great job in salvaging the season while the FIA’s protocols, while ponderous and arguably over-the-top at times, are certainly working. Hopefully we will have further relaxations in Monza and again in Mugello. Talk to you from there.