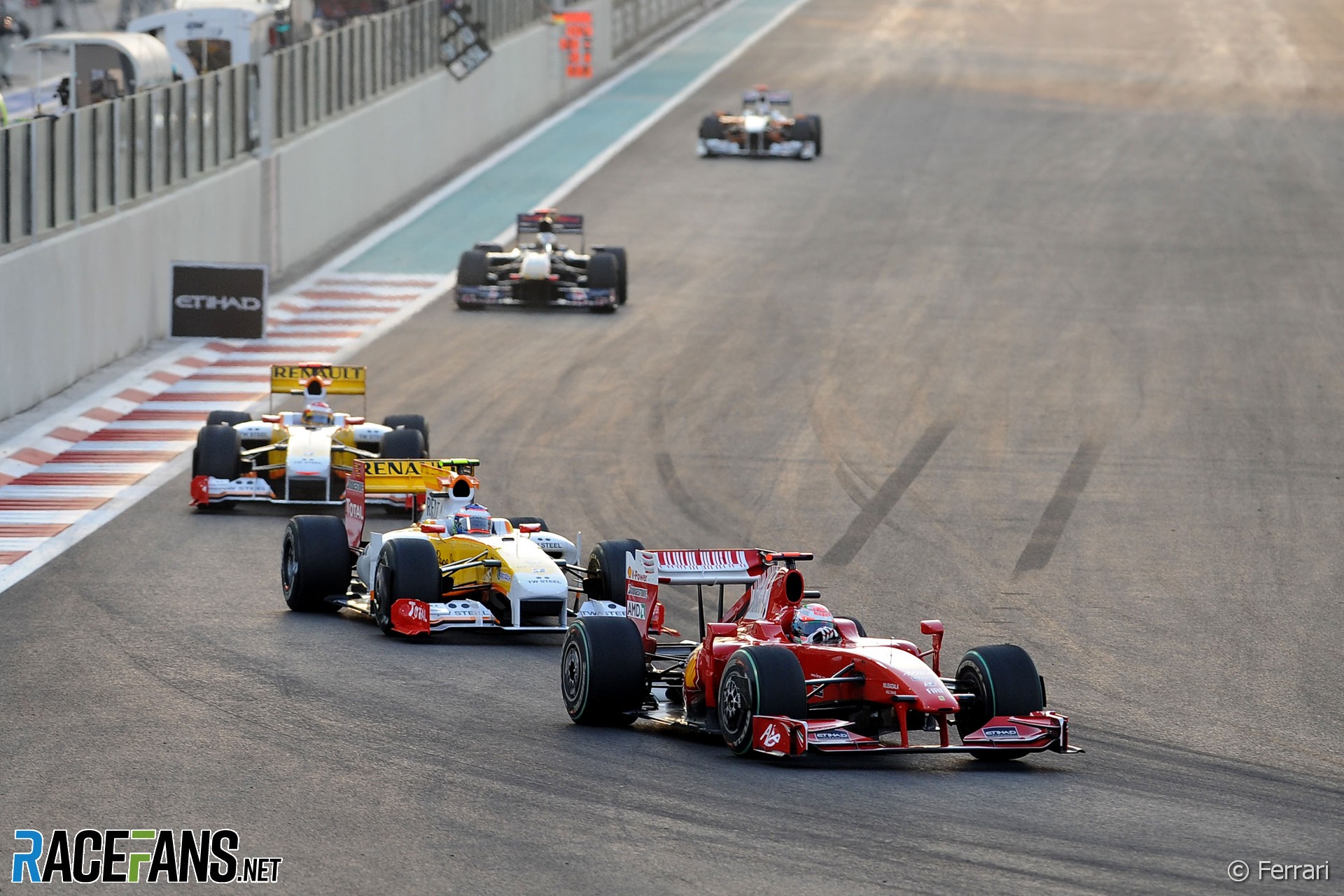 Charles Leclerc and Sebastian Vettel qualified 13th and 14th at Spa-Francorchamps, and finished 14th and 13th.

As Vettel admitted afterwards, this was “the reality”: They hadn’t been unlucky with a Safety Car or made a strategy error or suffered a technical failure. The seventh-row start and identical finishing positions was simply a reflection of how quick the cars were, or weren’t.

When was the last time Ferrari achieved a worse two-car finish in a race than this? Fernando Alonso and Felipe Massa came in 14th and 15th at Silverstone in 2010, but Alonso had served a penalty and Massa lost time with a puncture.

For a worse combined finish entirely ‘on merit’ you have to go back to the previous year’s Abu Dhabi Grand Prix, when Kimi Raikkonen and Giancarlo Fisichella took the chequered flag 12th and 16th respectively.

There is good news for the tifosi in that depressing statistic: Ferrari won the very next race.

Lewis Hamilton won again on Sunday, leading from lights to flag for the 22nd time in his career, and adding his 93rd pole position and 89th victory. There are 10 races left on the 2020 F1 calendar for him to score the two more wins he needs to equal Michael Schumacher’s all-time record.

Yet again this season, Hamilton came close to scoring a ‘grand slam’ of pole, win, fastest lap and leading every lap. However Daniel Ricciardo claimed the fastest lap on the final tour, the 14th of his career, which puts him level with Valtteri Bottas.

This was the 32nd fastest lap for Renault, and the first the team has scored in the V6 hybrid turbo era. Their last came courtesy of Robert Kubica in the 2010 Canadian Grand Prix. Fourth and fifth in the race equalled their best finish since returning to the sport in 2016, which they also achieved at last year’s Italian Grand Prix.

Esteban Ocon equalled his best career result with fifth place, which he previously scored at the 2017 Spanish and Mexican grands prix.

Hamilton extended his streak of consecutive points finishes to 40, which is a record, and he and Max Verstappen took their sixth podium finishes in a row.

After dropping out immediately after the start of last year’s race, Carlos Sainz Jnr must have thought he could only do better this year. Unfortunately that wasn’t the case. Having achieved his best Spa qualifying position of seventh, he failed to start due to an exhaust failure caused by a power unit problem.

Have you spotted any other interesting stats and facts from the Belgian Grand Prix? Share them in the comments.