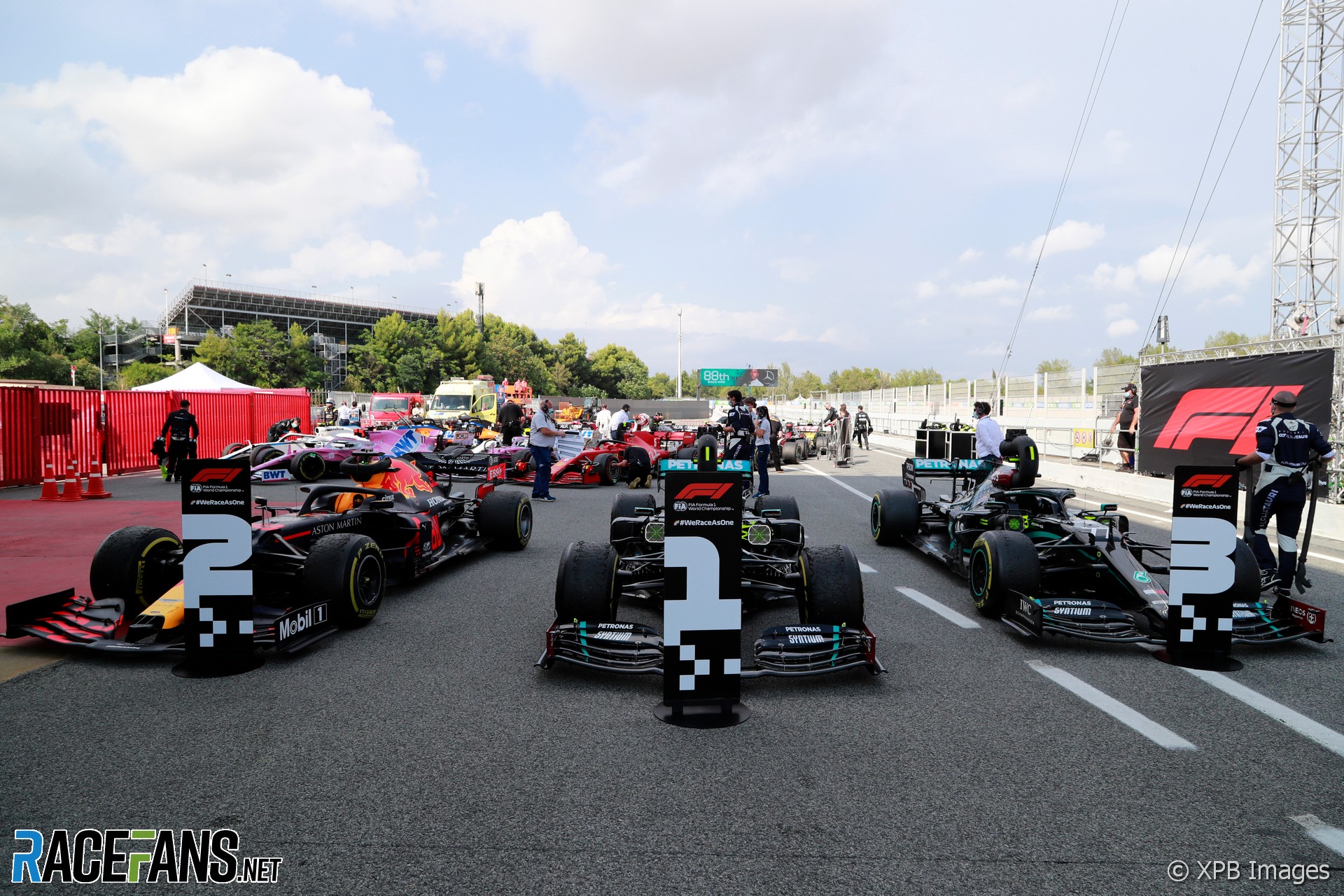 As RaceFans revealed last month, the FIA has told teams they will be required to use the same engine performance modes in qualifying and the race from this weekend’s Italian Grand Prix.

Mercedes’ performance advantage over their rivals has tended to be greater over single qualifying laps than it is in races. They are therefore expected to have more to lose from not being able to ‘turn the engines up’ any more.

Red Bull has qualified closest to Mercedes in most of the races so far this year. But team principal Christian Horner says it isn’t clear whether the ‘quali mode’ ban will help them or not.

“It’s going to have some effect,” he said. “We’ll see what effect it has during next week or during the next couple of weeks.

“So let’s see. It’s got to do something. Hopefully we won’t make it worse.”

“It varies from track to track which mode you run and what the difference is to the race mode,” he said. “But it’s not like we run the ‘party mode’, like it’s being called, on every single race track.

“The so-called quali mode does quite high damage to the engine and obviously reduces engine life. All within the envelope, but obviously if you can avoid it, you’re not going to run it.

“Having said that of course it will impact us in a way, starting from Monza. But I have no doubt that it will be the same for all the other PU manufacturers.”