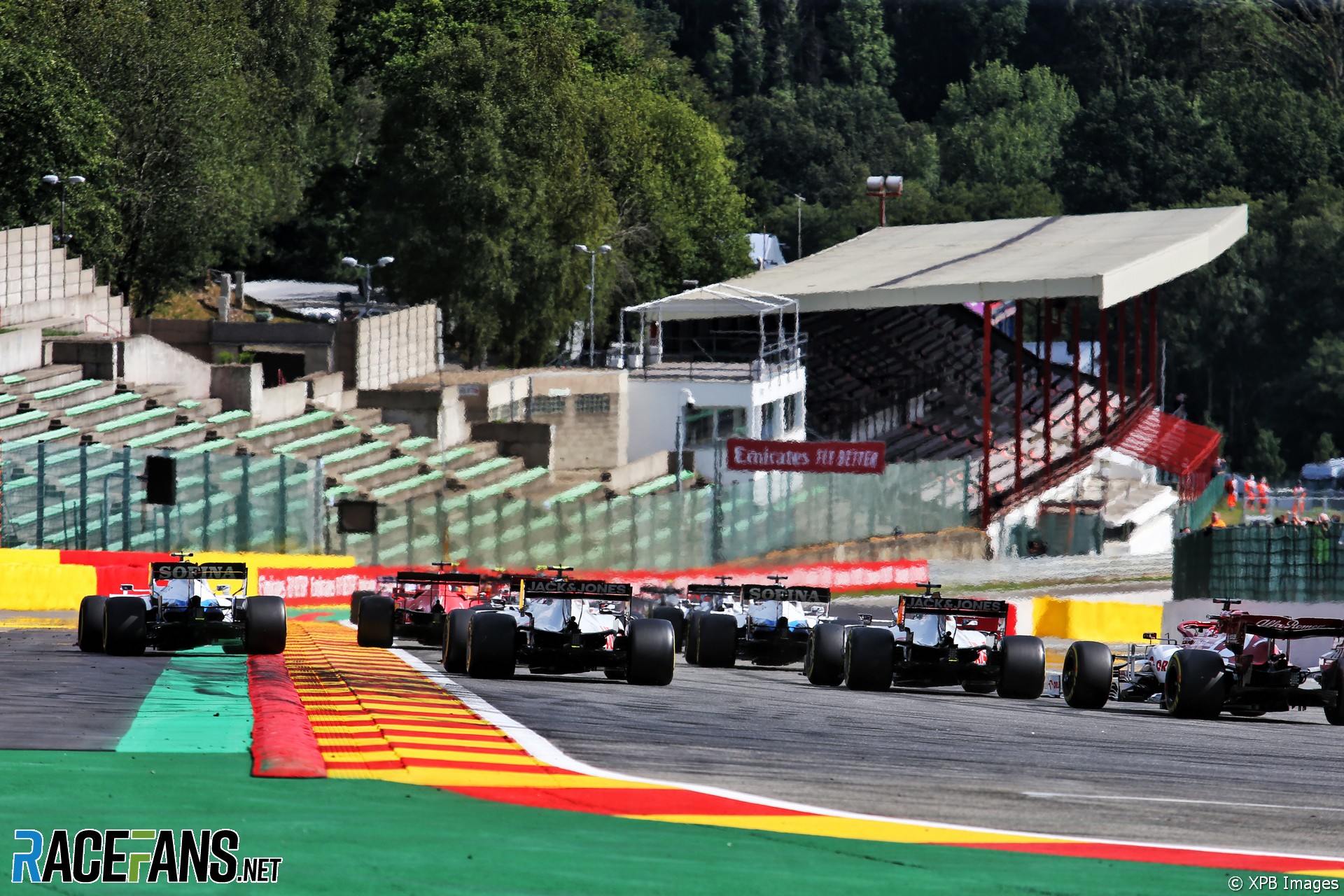 Formula 1 race director Michael Masi has explained why all artificial grass was removed from the exits of corners at Spa-Francorchamps last weekend, a move which several drivers criticised.

All sections of artificial grass (‘Astroturf’) were removed from the circuit prior to last weekend’s Belgian Grand Prix. They were replaced with asphalt, a change which allowed drivers to run wide at some corners without losing time.

FIA F1 race director Michael Masi said the circuit made the change as it is seeking a licence from the Federation Internationale de Motocyclisme to hold motorbike races. Artificial grass is considered less suitable for bike racing.

“It’s not a secret here that the Spa circuit is working on their FIM licence and getting motorcycles back and artificial grass is not part of that,” said Masi. “So that’s why it’s been removed.

“It may be more forgiving in certain areas, but we also saw from a track limits perspective that we’ve got other measures that we’ve used throughout the year that have been put in place.”

F1 has increasingly relied on timing loops to detect whether drivers have run wide at certain corners. Several of these were installed and used at Spa last weekend.

“Track limits here were monitored in the same way that they have been in utilising timing loops as they have been of late,” said Masi. “So we have a number of loops together with all the available vision that we get access to, be it CCTV, onboards broadcast. And you combine all of those tools together.”

Tall ‘sausage kerbs’ have been used on some tracks to prevent drivers running wide. However these became a focus of criticism last year after Formula 3 driver Alex Peroni was launched by such a kerb at Monza’s Parabolica corner. Masi confirmed timing loops will be used at that point on the circuit this year.

“With regards to Monza there’s a number of the sausage kerbs that are still in there,” he said. “There’s other alternative measures that we’ve used for track limits that we use next weekend.

“[These] being two timing loops at Parabolica, on the final corner. [We’ll] see how we go with it. I don’t think it’s a one-size-fits-all, so to speak, there’s an appropriate solution for each particular area.”