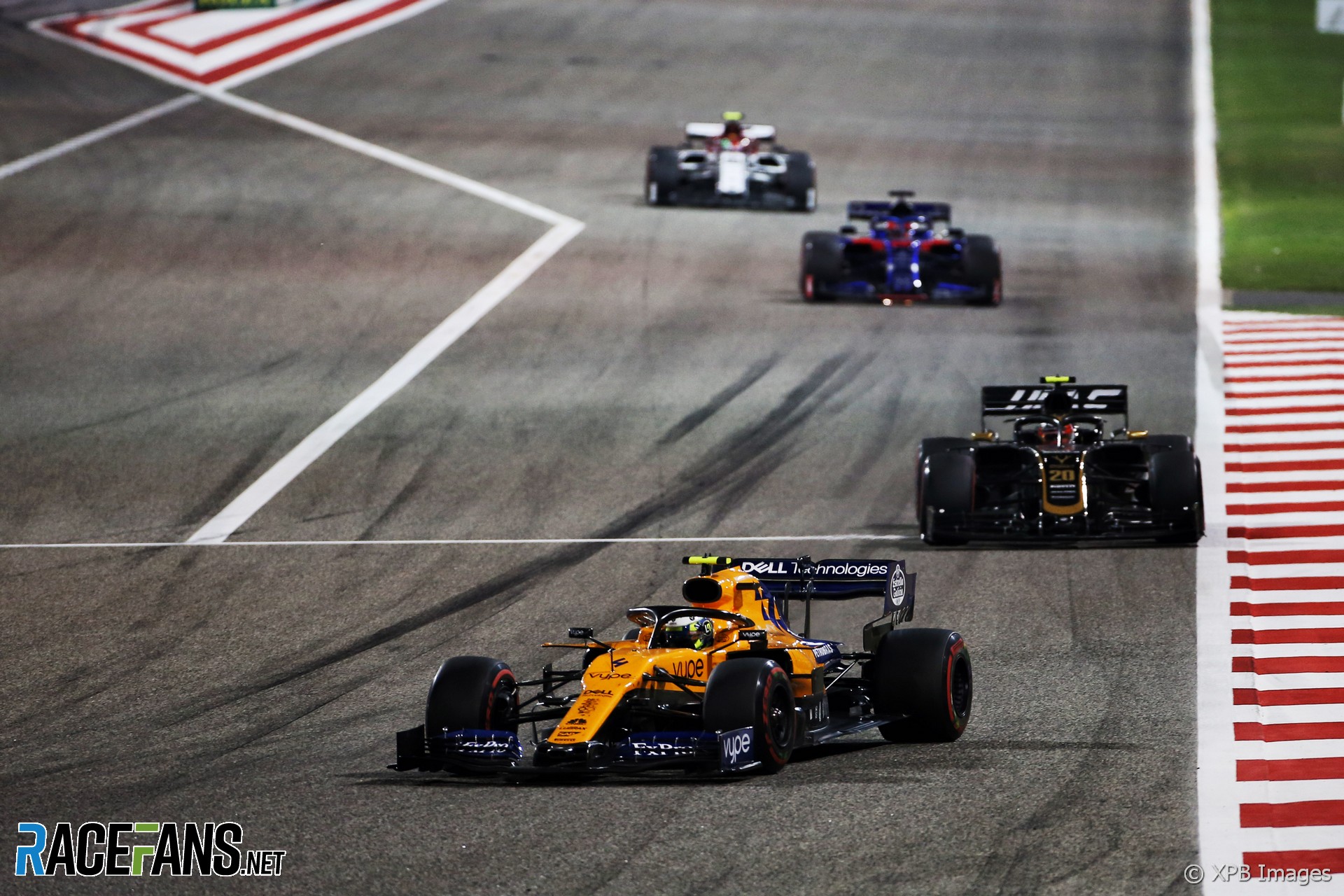 Qualifying for the Sakhir Grand Prix on Bahrain International Circuit’s ‘Outer’ configuration will be a “big mess”, one team principal has predicted.

Formula 1 bosses indicated lap times could be as low as 53.9 seconds when the championship uses the short, 3.543-kilometre circuit for the first time in December, depending on how many DRS zones are used.

“We’re looking at qualifying with two DRS zones at a 54.3 [seconds]” said Formula 1’s technical director Pat Symonds. “If we have three DRS zones that’ll come down to about a 53.9.”

The track is around 200 metres longer than Monaco, which is typically the shortest track F1 visits. Drivers will have little opportunity to escape from traffic on its long straights.

“We didn’t do any simulations yet but for sure with 55 seconds per lap it will be a big mess on that traffic on the qualifying laps,” said Alfa Romeo team principal Frederic Vasseur. “It will be nightmare.”

However Vasseur says F1 is doing the right thing by using different configurations of Bahrain’s circuit for its two races at the venue this year.

Symonds said the traffic on Bahrain’s Outer layout will be little worse than at some of F1’s other short circuits like Interlagos.

“In the same way Brazil gets crowded,” he said. “Short circuits do. But it’s all part of the challenge.

“I think to be a complete driver in the drivers championship you have to handle things like this. The teams have so many tools these days to look at these sort of things.

“So it will be a challenge. It will be difficult, maybe someone will lose out from it, someone will gain from it. But I think overall we’re going to have a good spectacle.”