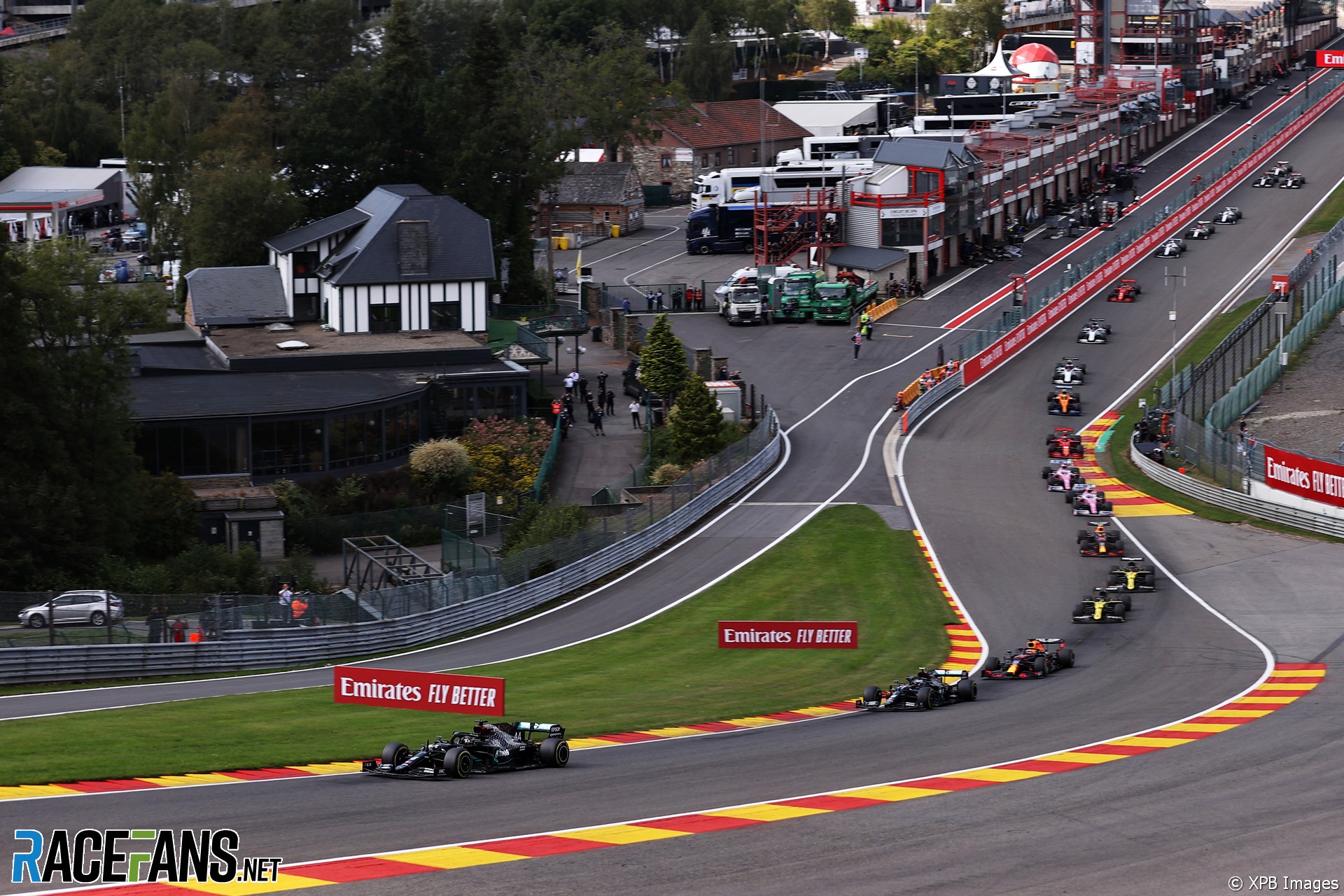 Giovinazzi hit a barrier at Fagnes and debris from his car was struck by George Russell, who also retired.

I think Spa is one of the most iconic circuits and I don’t think we should be meddling with these kind of drivers circuits.

The corner Giovinazzi went off is a real driver’s corner. It’s really fast and you can easily lose the rear there and this is what happened. I think I’m happy that both drivers escaped unhurt.

Obviously, George had to avoid the tyre, which looked scary. I think the tyre shouldn’t come off the car and we need to examine that.

But on the other side, we are really missing those drivers’ circuits. We should have more of these rather than less.

|@WilliamsRacing will run @RoyNissany again in first practice for the #ItalianGP at @Autodromo_Monza. He will drive @GeorgeRussell63's car, as he also did at @Circuitcat_eng. #F1

Wonderful privilege to be hosted @Bugatti to observe the highest expression of automotive art in the making at the Atelier in Molsheim. Incredible experience. pic.twitter.com/B4oTbzp3Ok

"He said The Bend would be suitable if Australia was obligated to host a grand prix and it could not go ahead in Melbourne, which is going through a second wave of coronavirus cases."

Sebastian Vettel has bought a Williams-Renault FW14B of the type used by Nigel Mansell to win the 1992 world championship.

Dave Robson: "A recent clarification to the F1 regulations means that engine modes will be a little different this weekend, with engine power having to remain consistent throughout qualifying and the race. Whilst this may have an impact on our relative pace in qualifying and the race, we expect the effect to be small and we are totally confident that our partners at Mercedes will continue to maximise the potential of their exceptional power unit."

Pierre Gasly: "I can’t wait to go to Mugello. It’s always exciting to discover a new circuit in a Formula 1 car. The teams have no data from this track so everyone, drivers and teams, will be discovering what it’s like. It’s a thrilling layout and I think that will be especially true in a Formula 1 car. I raced there in 2013 but in an F1 car, it will be very different and impressive. The double right-hander especially should be super quick. "

@Bascb reckons we’re in for a long wait before Ferrari get back to the front again:

Since it is pretty clear they will have their jobs cut out trying to find power from the engine with the few things that are allowed, they would have to build a car at the level of the Red Bull cars of the 2009-14 years to be able to overcome a deficit of maybe three to five tenths a lap from that engine.

And that would be for 2022 earliest, since they cannot really change anything much on their chassis from now until the end of 2021 anyway, so that car won’t be up to more than midfield if they do a good job.

Making a competitive Ferrari at least two years away, even if they do manage to also up that engine back to the rest of the field by then.
@Bascb