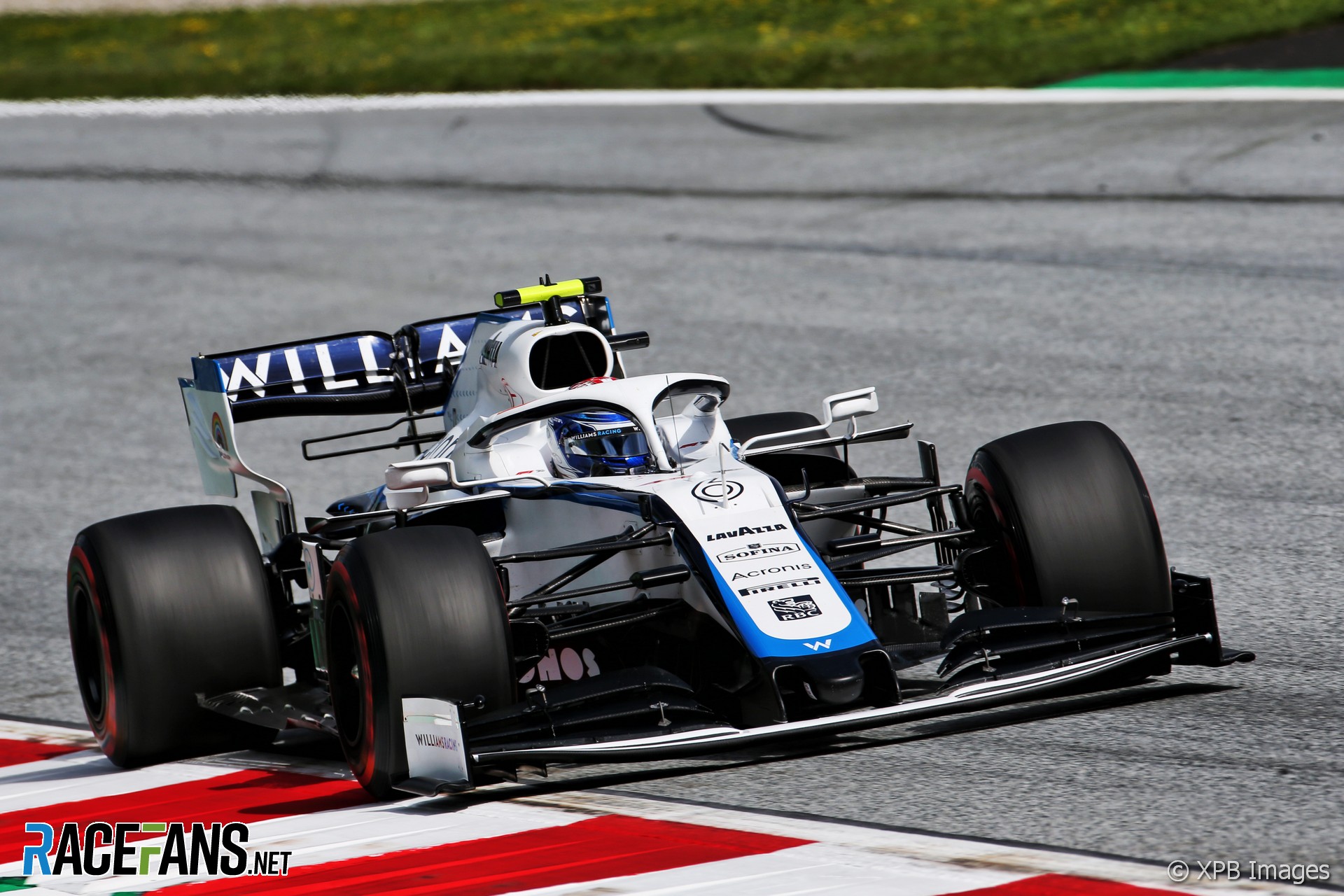 In the round-up: Williams’ head of vehicle performance Dave Robson said the team started the season with a compromised aerodynamics package due to cooling problems.

Robson said the team discovered a shortcoming with its cooling in pre-season testing but wasn’t able to fully resolve it during the pre-season lockdown period:

We didn’t quite have the bits we really needed to to cool the car. Well, we could cool it, but at some compromise to the aerodynamics at round one.

To be honest, we did have some signs of that in winter testing. We thought we had engineered it out. Obviously we didn’t get the chance to do everything we wanted to do once we hit lockdown.

We had new bits for round one and once we ran the car again with those bits we were very quickly on top of it. So we had it sorted out in a couple of days. A bit frustrating we did have to go through that small amount of pain for a start but nonetheless it was a good recovery, I think.

"It will also address any disparity in the system that might be caused by differing re-start times due to the varying threat levels presented by COVID-19 around the world."

At the temple of speed, but the atmosphere won't be the same (Ferrari)

"There will be 250 very special people in the grandstands, socially distanced of course: doctors and nurses will be guests at the track, as a symbolic honour for their courage, sense of duty and altruism as front line workers in the fight against Covid-19."

"I'm third in points. I'm scoring podiums. I'm technically a rookie. To be able to be challenging for that in my first year, I think I should be very happy with that."

"Our performance in Spa shows we’re capable of some good things and the similar track characteristics means we should be in a good position to get strong points."

Bruno's Take: The drivers all raced for Anthoine (F2)

Bruno Michel: "I was also extremely happy that Juan Manuel Correa found the strength to come back to the paddock. It was very important for him to be present for Anthoine and pay his respect. He said that he wants to be back in a car next year and we would be extremely proud to welcome him back on the grid."

"This weekend at Spa was probably the last weekend ever where the drivers have all the mode allocations available to them that the power unit has to offer. From next weekend in Monza onwards, it will be just one flat mode all the way through the weekend."

would be surprised if Giovinazzi manages to keep his seat next season. I think the only way it happens is if Kimi decides he’s had enough, and then it might make Alfa want to keep Giovinazzi on for continuity, rather than get two new guys in. Otherwise, I think Ferrari will want his seat at Alfa to be vacated for someone like Shwartzman/Schumacher/Ilott (not sure about Schumacher but pretty certain the other two would do a lot better than Gio).
@T1redmonkey