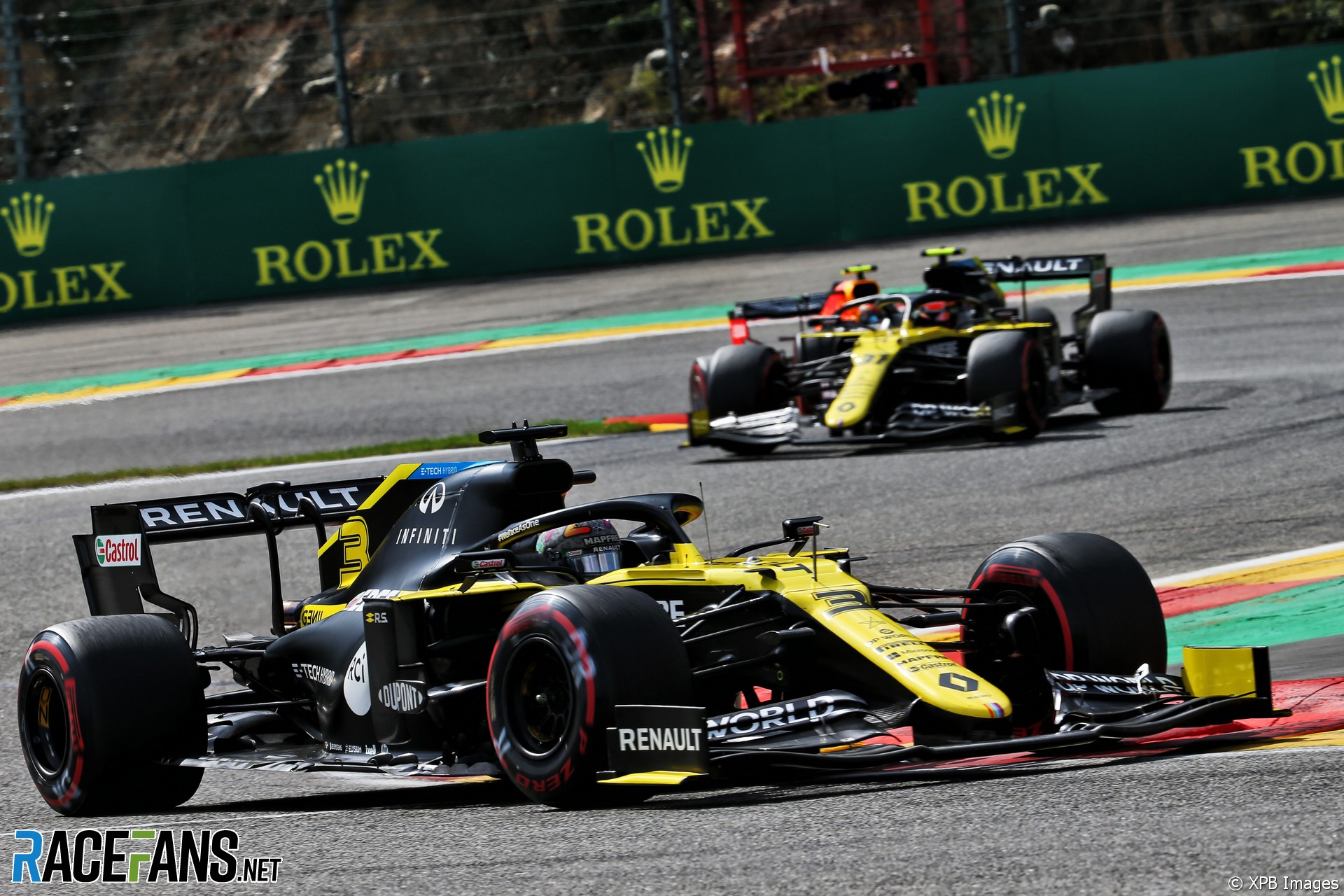 Daniel Ricciardo believes the breakthrough Renault has made with its low-downforce performance will also deliver results at tracks which demand higher downforce levels.

The Renault drivers finished fourth and fifth at Spa last weekend following changes the team made to its RS20. “A set-up on the car is working better and it’s giving the car a lot more grip, basically,” Ricciardo explained.

The team began to unlock the car’s performance at the British Grand Prix, he revealed.

“There’s definitely something we picked up the first weekend in Silverstone on the set-up,” he said. “Like a sweet spot. We felt like we found that.

“In particular I found it, in terms of feeling in the car, as ‘right, this is where we need to run the car’. And we played around a bit [at Spa] with it.

“There was one session, I think it was in second practice, where I was like, ‘okay, we found the sweet spot’. So there is something fundamental which I think we’ve got a good choke-hold on.”

This weekend’s race will take place at Monza, another track which demands a low downforce set-up. But Ricciardo believes the new approach will also work at more conventional tracks later in the championship.

“I think we can get it working on high downforce,” he said. “This set-up is not typical to low downforce. We can run it on all levels. It’s just finding what works best with high downforce. We found that with these medium [tyres] and it certainly brings the car alive.

“So that’s something which I’m pretty confident is where the RS20 likes to be run. And I’m not sure we had we had something like this, a real discovery like this, last year. So that’s been encouraging.”

Ricciardo set the fastest lap of the Belgian Grand Prix at the end of the race. He did so despite not pitting for a fresh set of tyres, though his crew did ‘turn up’ his engine at the end, over the objections of the team’s managing director Cyril Abiteboul.

Ricciardo said it was “certainly surprising” to find himself in contention for fastest lap.

“I knew we would have a decent car but when I heard the lap times that the Mercedes was dropping off to I [thought] OK, maybe everyone’s just saving their engines and whatever. But it sounded like they were genuinely struggling a bit and we were just getting faster and faster. And we had to deal with some traffic.

“I think they all kind of had their gaps and didn’t really have a hard time on their tyres. So it was really encouraging. The pace at the end took me by surprise, although I was getting quicker and quicker.

“My engineer told me what the fastest lap was and I think it was about half a second quicker than what I’d done. And I was like, maybe if I could use a bit of the battery, maybe we can get it.

“On the last lap, about halfway around the lap, I used every bit of track I could and I was like ‘I’m going for it, I’ve gone this far now, I’m just going to put it all on the line’. So that lap probably scared me more than Q3.”