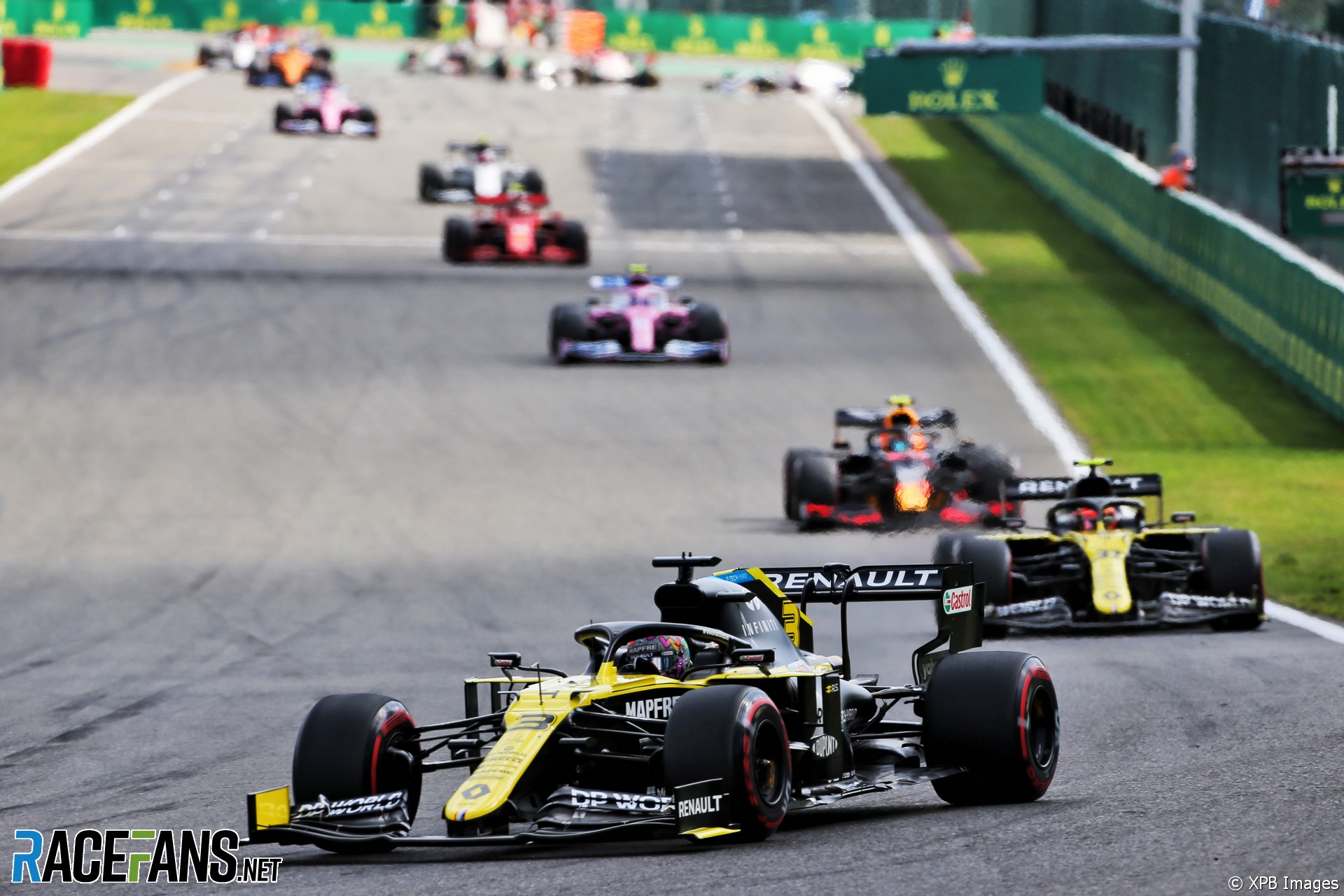 Daniel Ricciardo said he didn’t expect Ferrari to struggle as much as they did at last weekend’s Belgian Grand Prix.

The Renault driver finished fourth at Spa-Francorchamps, nine places ahead of the Ferrari pair. Renault took 23 points off Ferrari and have closed to within two points of them in the constructors’ championship.

The performance of Ferrari’s power unit has been a weakness for the team this year. Ricciardo said the difficulties they faced at Spa, one of the most demanding circuits for power unit performance, weren’t entirely unexpected.

“It’s tough to know really how long these string of results will last for the team,” he said. “I find it hard to see it lasting too long. But at the same time I didn’t expect to see their results to be, or them to struggle as much as they have, at least in Spa.

“It was talked about before the weekend they were going to have a hard time and it obviously proved very much to be the case. They certainly are in a bit of a spot at the moment.”

The Renault driver was in contact with Ferrari about potentially joining the team before they hired Carlos Sainz Jnr for the 2021 F1 season. He said he hadn’t considered whether the team might suffer such a downturn in performance.

“I didn’t really think that far ahead: If, what, how, why it would look,” he said. “So from that point of view I can’t really [say].