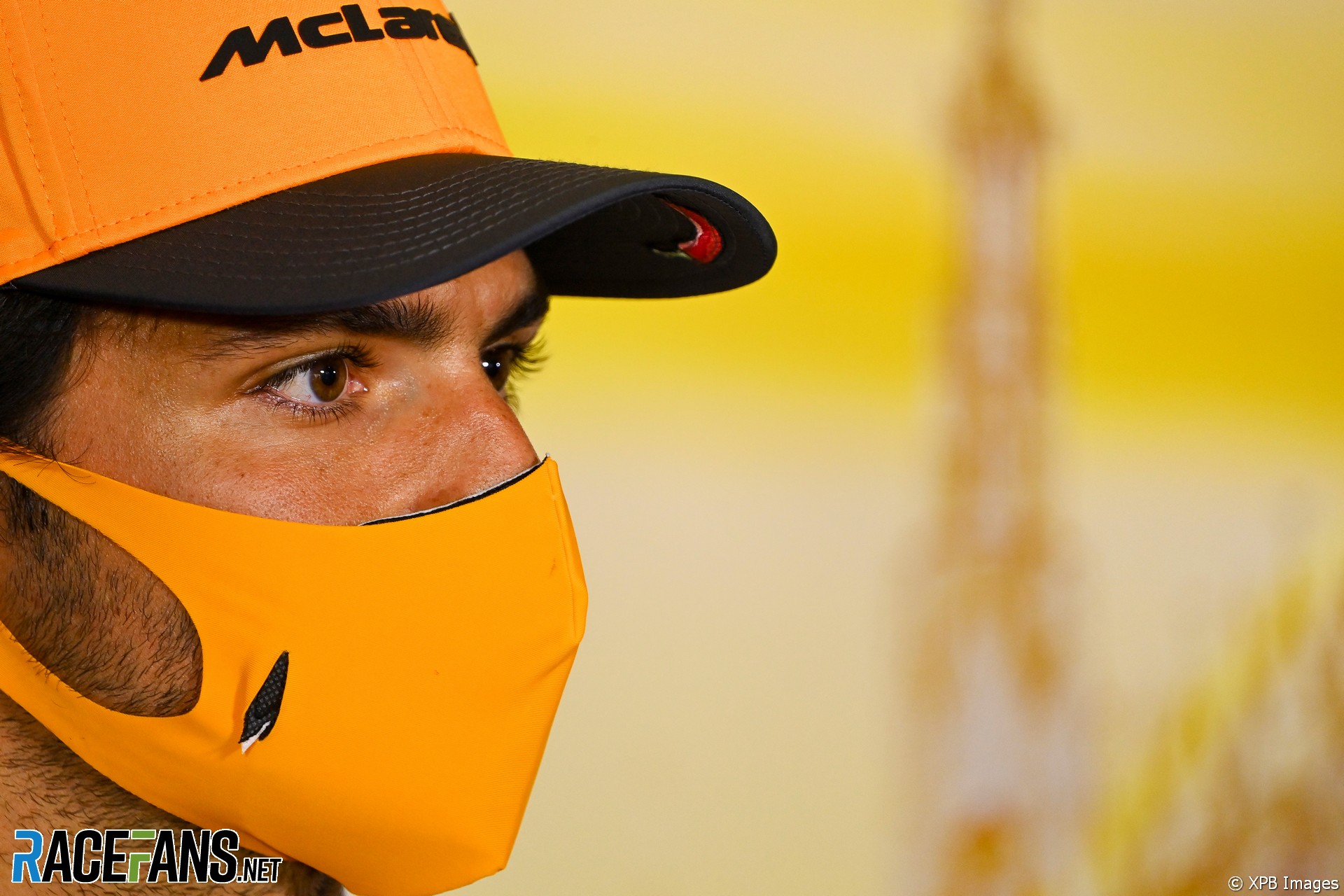 Carlos Sainz Jnr admits he is growing increasingly tired of the problems which he says have compromised five of his seven races so far this year.

The McLaren driver’s season hit a nadir at the last round in Spa-Francorchamps, which he was unable to start after a pre-race power unit problem caused a major exhaust failure.

He has also suffered problems in pit stops and, at one stage, a loss of straight-line performance as a cooling problem on his previous engine forced McLaren to run less efficiency bodywork on his car.

“I think there’s definitely things we can do better and we are doing better already,” said Sainz. “Like, for example, I had three very slow pit stops in the first four or five races and it looks like we are improving that.

“So that is something that the team has been working very hard and the mechanics and everyone have been a much better job over the last two or three races. But obviously I got the bad luck of being affected by them.

“But on the other hand, [there was] this power unit issue here in Spa and a couple more power unit issues that I had before Spa that were holding me back a bit, which have definitely been quite unfortunate. It looks like everything has happened to me in these first seven races.”

Sainz admitted the persistent setbacks have caused him some frustration. “it’s starting to get a bit difficult to digest,” he said.

“Last year I got a run of two to three races with bad luck or with results not going [my] way. Which, as long as it is not your fault, you can digest pretty quickly. But this year, seven races, there’s little actually that has gone right apart from, I think, the first race in Austria and Barcelona.

“All the other races I’ve had an issue, I had a problem and I’ve lost out on at least 30 points this year in the championship which starts to hurt quite a lot. It starts to honestly affect me and I’m getting a bit upset by it. But at least it hasn’t been my fault. I just need to keep digging and need to keep working the same way.”

The power unit which caused last week’s failure will be used in Sainz’s car again tomorrow.

“We know the power unit is alive at the moment and I’m going to run it tomorrow,” he said. “Let’s hope it runs safely and nothing happens and we can start there with the same engine that I’ve been racing the last couple of weekends.”