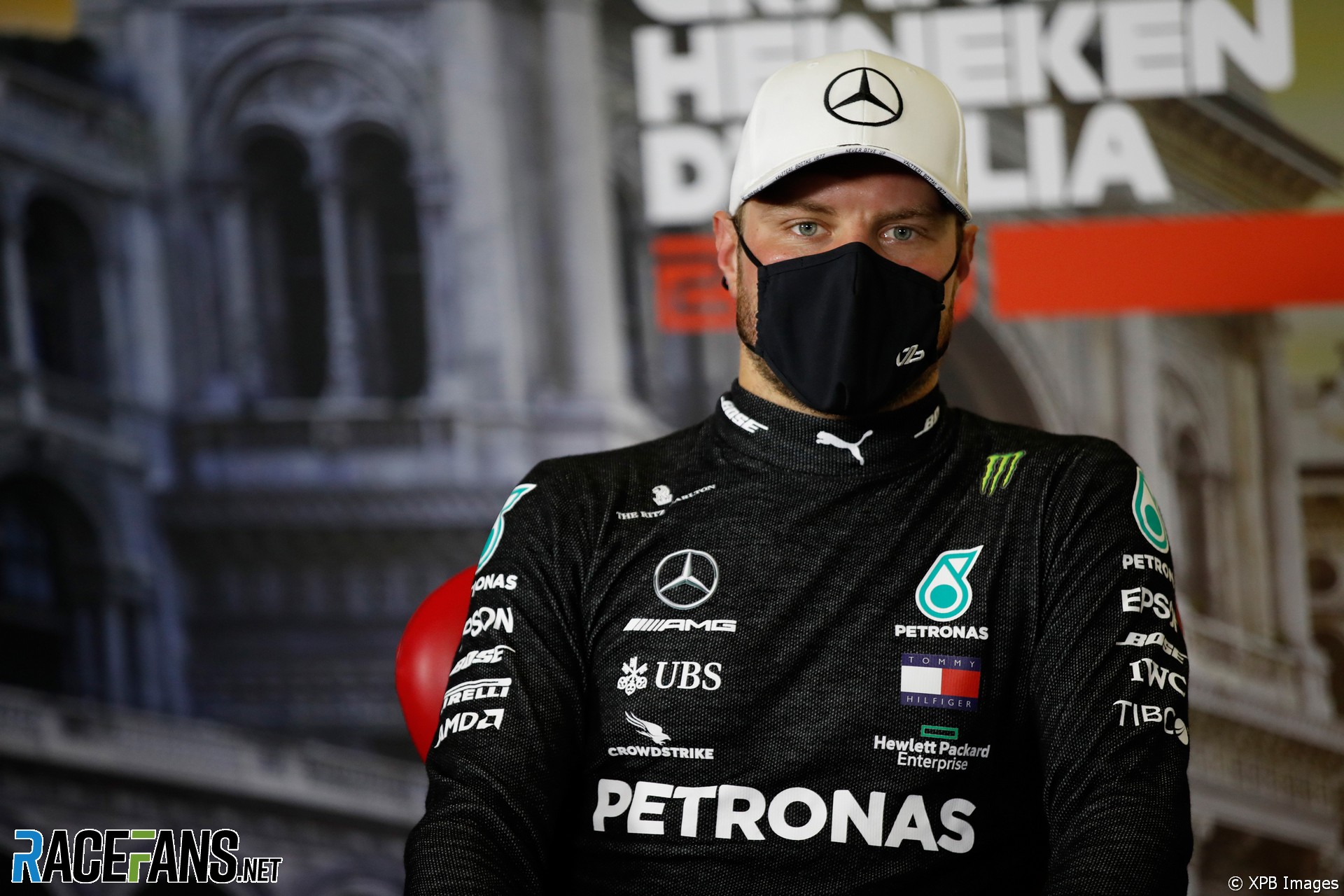 Valtteri Bottas suggested Red Bull won’t be happy with the outcome of F1’s ban on the use of ‘quali modes’ after qualifying at Monza.

The Mercedes drivers swept the front row of the grid for the Italian Grand Prix, while the highest Red Bull could only manage fifth on the grid.

“The car felt good, the engine felt good,” said Bottas, who qualified second. “Like I said before, it should be even better in the race.”

“So I’m not sure how happy Red Bull is now with this engine change,” he added.

On Thursday Lewis Hamilton said he found it “amusing” Red Bull had pushed for a ban on the use of high-performance engine modes.

Speaking after taking pole position for this weekend’s race Hamilton said: “I don’t even think we ever had a ‘party mode’. That’s something someone else made up.”

Asked whether he had noted any change in the performance of his car in qualifying since the last race weekend he replied: “But who knows if we even used that mode in Spa anyways?”

25 comments on “Bottas: “I’m not sure now happy Red Bull is” with quali mode ban”