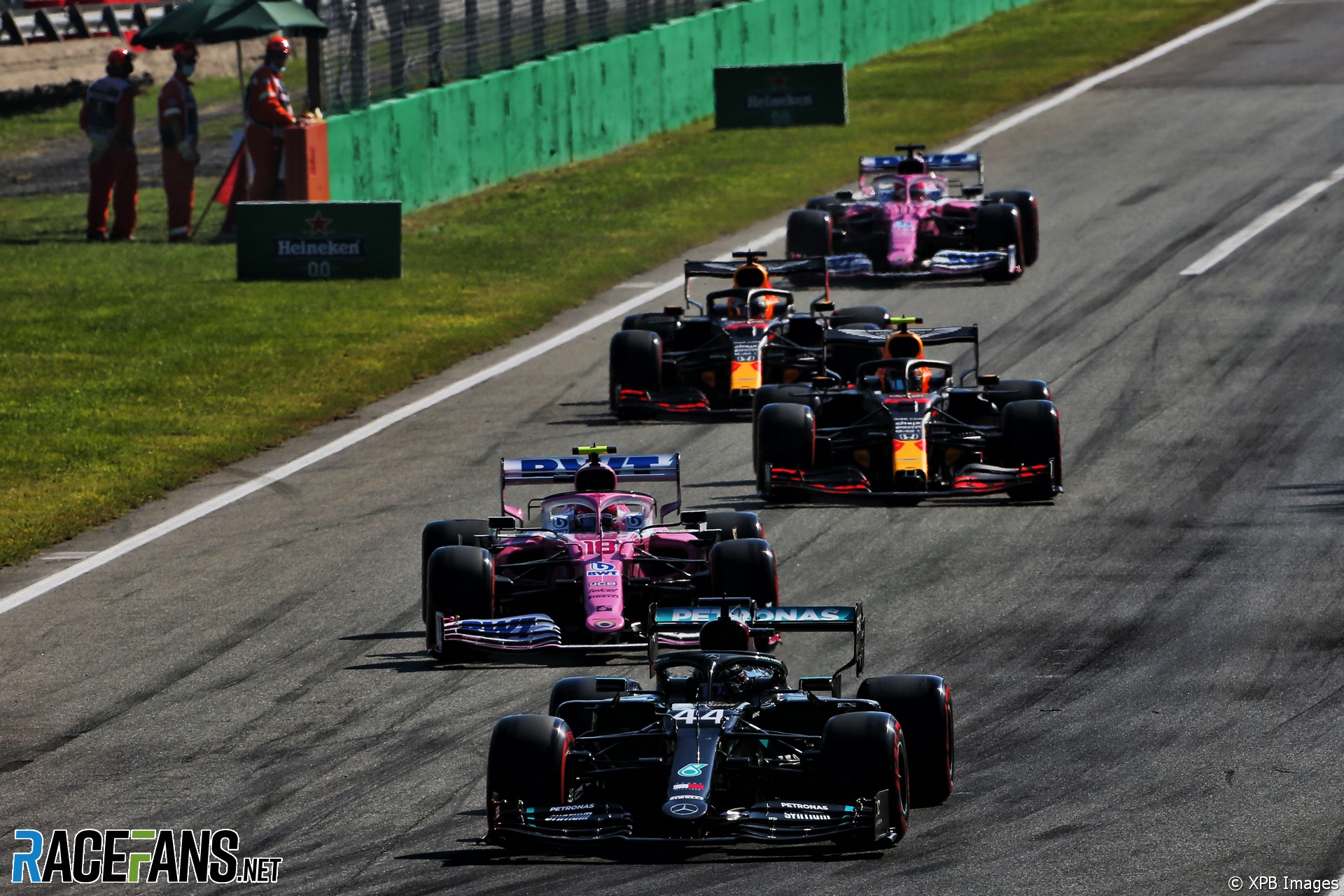 Formula 1 drivers are not convinced the qualifying format should be changed in response to the problems encountered at Monza during the last two seasons.

For the second year running at the circuit, some drivers were investigated for holding each other up on qualifying laps as they tried to run in the slipstream of rivals to improve their lap times.

However Max Verstappen rejected the idea F1 should introduce a different qualifying format, saying it should instead address how draggy the cars have become, which makes the slipstream effect so powerful.

“It’s just how it goes when you have cars like this,” he said. “I don’t think you can blame anyone.

“It’s so powerful, the tow, with these cars, that everybody wants one. Then you just get these kind of scenarios. I didn’t really have any issues with it. It was pretty OK.”

Asked whether F1 should consider using a different qualifying format for Monza, Verstappen said: “No, you should just sort out the cars. You shouldn’t rely on stuff like this.”

Valtteri Bottas said he likes the current format and doesn’t see an obvious way to address the problems experienced at Monza.

“I like the format, how it is,” he said. “Overall, I feel as a driver it’s pretty nice and exciting. You get to Q3 and those laps you only have one or two opportunities that matter. So I like it.

“But I understand the point, at some tracks traffic is always going to be an issue. Like Monaco, for example, and Bahrain is going to be the same or even worse. I don’t have the answer what kind of format would work on that or something [but] I would be open to try.”

Carlos Sainz Jnr also said he sees little reason to change the current format, but said he would like to try a ‘super pole’ shoot-out where the final drivers in qualifying get one chance to set a lap time.

“I think the actual qualifying format works and I think the fans are pretty happy with it,” he said.

“Would I like to try something different? Yes I think there might be scope for some experimenting, especially because we’re going into ’22 with new regulations so maybe next year is a good time to experiment a bit.

“I’m a big fan, looking back in the days, of ‘super pole’. I enjoyed really a lot seeing cars on their own and drivers under pressure on their own on track and the cameras being able to focus on you for that one lap and getting that pressure up.

“Maybe it could work that you could make super pole for the last five cars of qualifying, for the top 10 or the Q3 cars. But I think the rest of the format honestly works and it keeps the fans excited.”

18 comments on ““Sort out the cars”: Drivers unmoved by call to change qualifying after incidents”