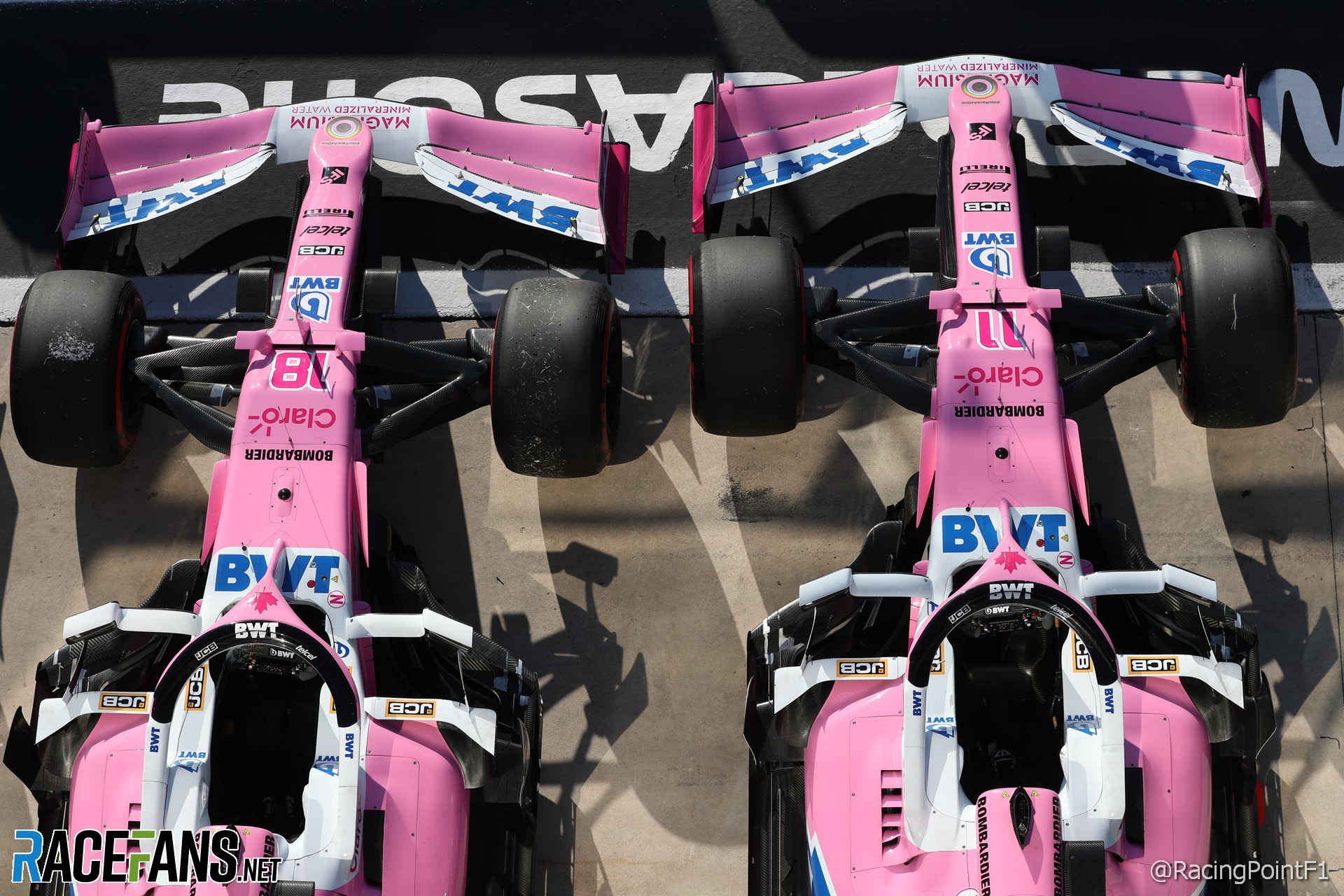 Formula 1 teams have reached agreement on new rules for the 2021 season which will prevent the ‘reverse engineering’ of rivals’ cars.

The practice has come under scrutiny following the row over Racing Point’s RP20, which is closely modelled on last year’s Mercedes W10. The team was given a points deduction and fine after it was found to have broken the rules by using Mercedes’ rear brake ducts as the basis for its design.

The teams have now agreed new rules for the 2021 season which will define and ban the ‘reverse engineering’ of rivals’ cars. RaceFans understands this will be achieved through changes to the definition of ‘Listed Team Components’ in the 2021 technical regulations.

LTCs are parts which are used exclusively by a single team. The new rules will ban teams from using ‘reverse engineering’ to design LTCs. It will also restrict what sources of information teams may refer to when designing their cars.

Information which is publicly available to all competitors, such as photographs obtained at events and tests, will be permitted. However other, more detailed sources of information, and techniques for manipulating them, are being outlawed.

Teams will be banned from using software to convert photographs or images into design data, using three-dimensional cameras, imaging and photogrammetry – software which converts image data into models – and surface scanning of parts.

The FIA is expected to introduce technical directives to further clarify what techniques will be regarded as illegal ‘reverse engineering’.

In the event two teams produce outwardly similar designs for any parts, the FIA will judge whether ‘reverse engineering’ had been involved, or if the teams have arrived at the designs independently. Teams must supply necessary information to prove their compliance with the rules if requested.

The rules will be applied retrospectively to design work carried out prior to 2021. Any design work the teams have already carried out for parts they use on their 2021 cars must therefore comply with these new restrictions.

However any parts which were run by teams in 2019 or the first event of 2020 will be considered as their own designs and not the product of ‘reverse engineering’, and therefore can be used.