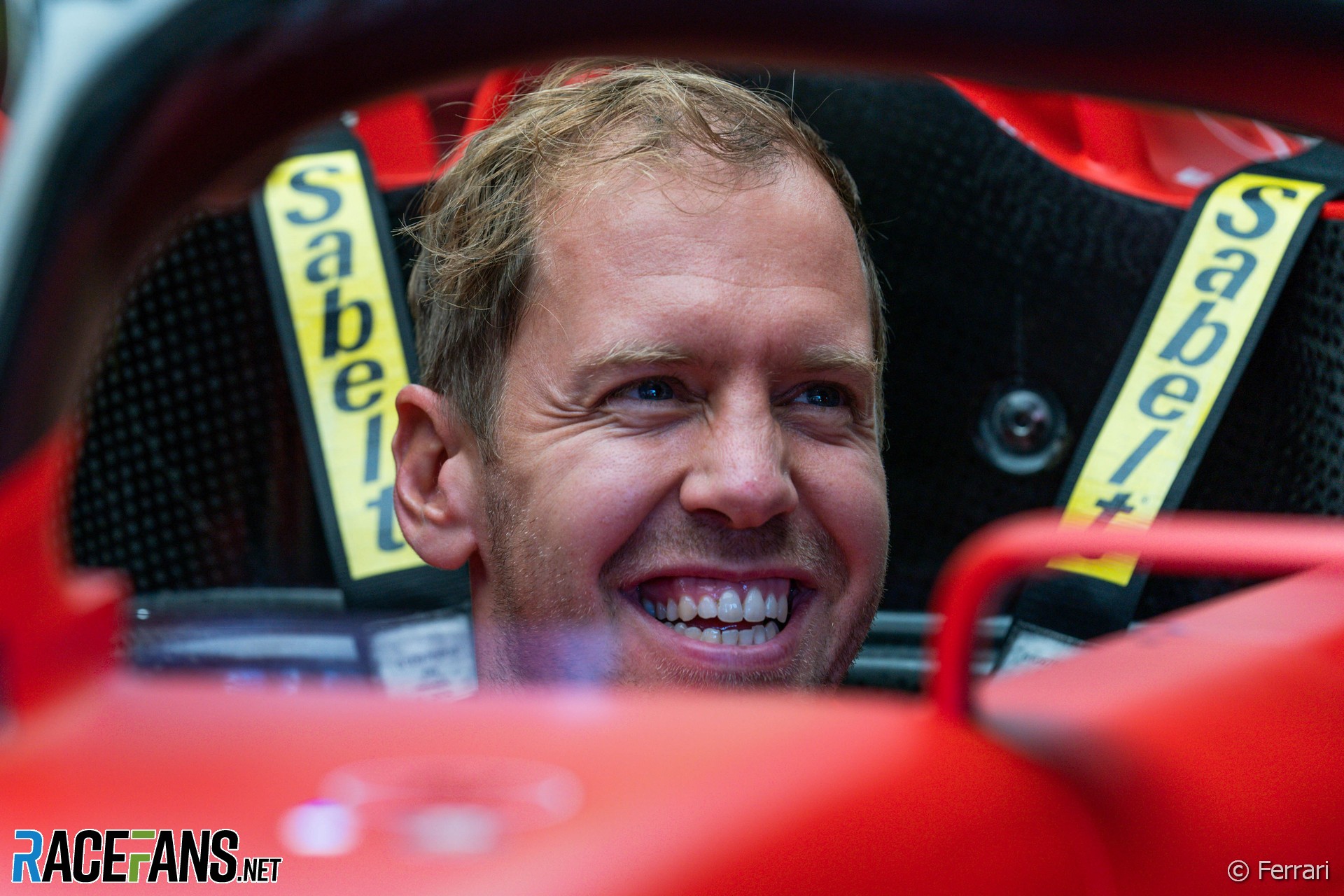 From the moment Sebastian Vettel’s impending departure from Ferrari was announced last May, speculation was rife where the four-times champion might end up.

Could Mercedes take him? Team principal Toto Wolff made it clear that would only be considered if they needed a replacement for Lewis Hamilton or Valtteri Bottas. Might he return to Red Bull? That was repeatedly dismissed by the team’s management.

The team currently known as Racing Point is one of the smaller outfits on the grid but Lawrence Stroll, who bought it two years ago, has big plans. Facilities have been upgraded, hardware improved, staff hired.

The huge step forward the team has taken with its RP20 this year is the first glimpse of the scale of Stroll’s ambition for it. From the 2021 F1 season it will carry the name of the luxury car manufacturer he purchased earlier this year.

Clearly, the opportunity to hire a driver straight from Ferrari, and one with Vettel’s exceptional pedigree, was too good to pass up. So much so Stroll was willing to sever a three-year deal inked with Sergio Perez around this time last year. That can’t have been cheap.

This was always going to be a hammer blow for Perez, who’d made a long-term commitment to the team following a succession of one-year deals. After weeks of denials over the jeopardy his seat was in, Perez confirmed yesterday he is to leave Racing Point.

Announcing Vettel’s appointment this morning, Racing Point described it as “a statement of intent” and devoted several paragraphs to detailing his achievements in Formula 1. And well they should: Four world championships and 53 race wins is an achievement anyone one the grid – bar Lewis Hamilton – would envy.

But in recent seasons it’s been hard to shake the impression Vettel’s best days are behind him. With a competitive Ferrari in 2017 and 2018, he came up short in the championship contest with Hamilton, too many points squandered with a series of errors.

When Charles Leclerc replaced Kimi Raikkonen alongside him last year, things only got worse. From mid-season the newcomer was the quicker of the two drivers, and drew ahead of his team mate in the points standings as Vettel’s patchy form continued.

By the end of the year Ferrari decided its future lay not with the star driver who left Red Bull to join them in 2015, but their new young charge, who was signed to a long-term deal. They announced in May that Vettel would be shown the door at the end of the year.

It clearly isn’t the case that Aston Martin have lured Vettel away from Ferrari. The most dramatic aspect of this move isn’t the hiring of Vettel, but the firing of Perez, who had two years left on his contract.

Signing your long-standing driver to a three-year deal and then cutting it short halfway through the first season is undoubtedly a big call. In that respect, bringing in Vettel undoubtedly is a “statement of intent”. The crucial question is whether it will pay off.

Vettel’s recent struggles notwithstanding, there is a lot to be said for hiring him. He is highly experienced and understands the ingredients of a race-winning operation – which this team last was in 1999, as Jordan.

His determination to prove he is still a force in Formula 1 should not be underestimated. What’s more, he has a deep and sincere passion for the sport – he recently added one of F1’s most revered cars, a Williams-Renault FW14B, to his garage.

Bringing in a big name like Vettel will only enhance the self-belief among the team’s staff. “Everybody at Silverstone is hugely excited by this news” said Racing Point CEO Otmar Szafnauer today. This is a team whose very existence was in doubt a little over two years ago, and has come a long way in a short space of time.

What they require from Vettel is a driver who will pounce on opportunities to snatch big results when they are on offer – much like they failed to do at Monza last weekend. While Vettel hasn’t always looked like that driver in recent years, Aston Martin are betting that form is temporary, but class is permanent.

68 comments on “Will Vettel justify Aston Martin’s faith in their “statement of intent” signing?”