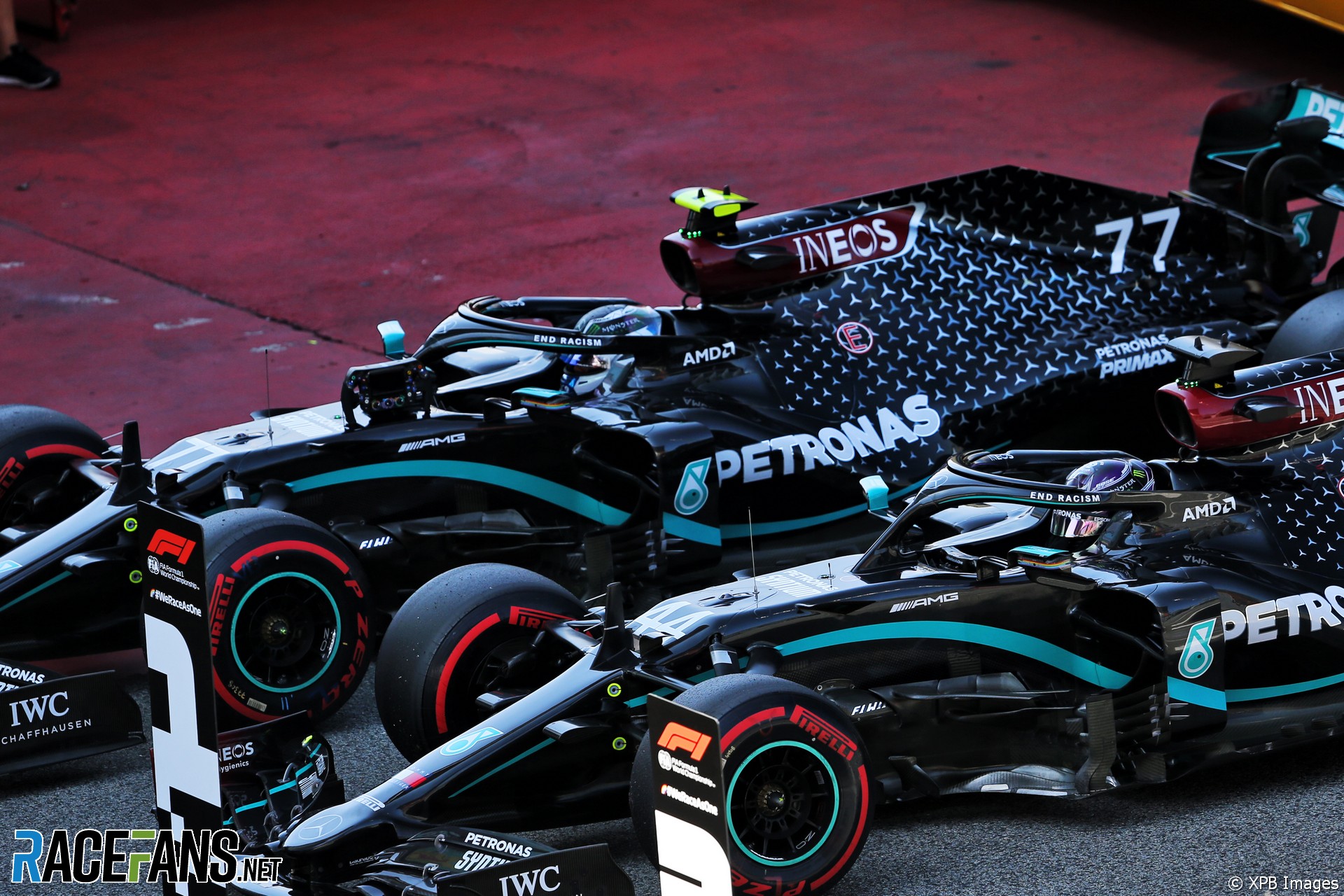 Mercedes have pulled as far ahead of the competition as they were at the beginning of the V6 hybrid turbo era, says Red Bull team principal Christian Horner.

The current engine formula was introduced in 2014. Mercedes dominated the first season under the new rules, winning 16 of the 19 races. They continued that form into the following years, taking another 16 out of 19 wins in 2015 and 19 out of 21 in 2016.

From 2017, after a change in the aerodynamic rules, the team faced closer competition from the likes of Red Bull and Ferrari. However Horner believes Mercedes have drawn clear from the opposition again this year, saying their current level of performance is “right up there” with their 2014 standard.

“Their first year they were incredibly dominant. But they they didn’t quite show their full hand because they had such a power advantage.

“I think collectively, power unit and chassis, they’re very, very strong at the moment. But we’ve shown that they can be beaten, at Silverstone. And so that’s what we have to focus on, extracting and working to our strengths and getting more out of our car to take that fight to them on a more consistent basis.”

Horner admitted it was “frustrating” neither Max Verstappen nor Alexander Albon had been able to pick up a win when Mercedes stumbled at Monza last weekend. AlphaTauri scored a surprise victory with Pierre Gasly.

“The car was never particularly happy in a very low downforce configuration,” he said. “So qualifying fifth we still felt with Max, we had a chance in the race, Alex ninth.

“It wasn’t the best first lap, we lost quite a lot of performance at the start because the car overheated. And it did likewise at the second start. Then unfortunately we had a retirement. So on a day where Mercedes didn’t, for once, dominate proceedings we weren’t able to capitalise on that, which was frustrating.”

“In the event that we weren’t able to, it was fantastic to see AlphaTauri, Franz [Tost, team principal] and Pierre get that victory. But Monza for us felt like an opportunity lost.”