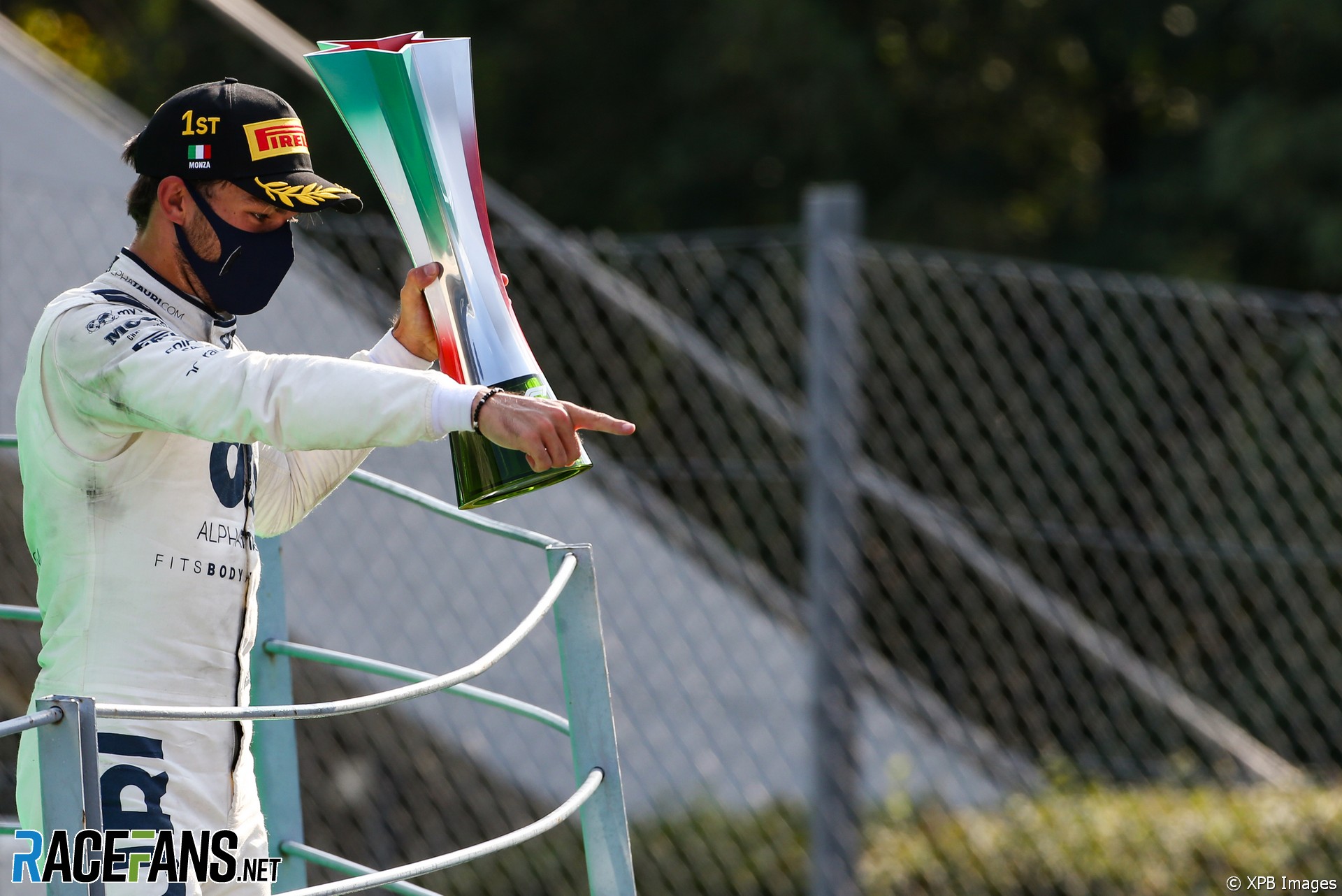 Red Bull team principal Christian Horner says the team are not pushing to bring Pierre Gasly back from AlphaTauri, despite his victory in last week’s Italian Grand Prix.

Gasly was dropped by Red Bull after 12 races last year and replaced by Alexander Albon. However Albon has struggled to get on terms with team mate Max Verstappen, while Gasly has thrived since returning to Toro Rosso.

Horner praised Gasly’s performance since leaving Red Bull but said he was not looking to bring him back.

“Pierre has done a fantastic job,” said Horner. “Since taking a step back into what was Toro Rosso, now AlphaTauri, he’s found his confidence, he’s driving incredibly well. AlphaTauri are doing a great job with him. It’s really good to see that’s working out for him.

“I think that as far as Red Bull Racing’s seats are confirmed we’re focussed on Alex Albon, we want to try to give him the best opportunity to retain that seat. We’ve got some issues that we’re working on with the car. I think that it wouldn’t make sense to switch the drivers back.”

Toro Rosso historically served as a team which was solely focused on supplying junior drivers to Red Bull. Horner said that has changed following its rebranding as AlphaTauri in the off-season: “AlphaTauri is now a sister team rather than a junior team.”

“The final decisions will be made later in the year but there’s no push from our side to reverse the situation. We want to address some of the issues we have with RB16 which I think we’re starting to understand and get on top of and I think we’ll go from there.”

Horner did not rule out the possibility of Red Bull hiring a driver from outside its Junior Team if needed.

“If the pool isn’t big enough then of course, occasionally, you have to look outside of it. But our intention is absolutely to work with the talent pool that we have.”