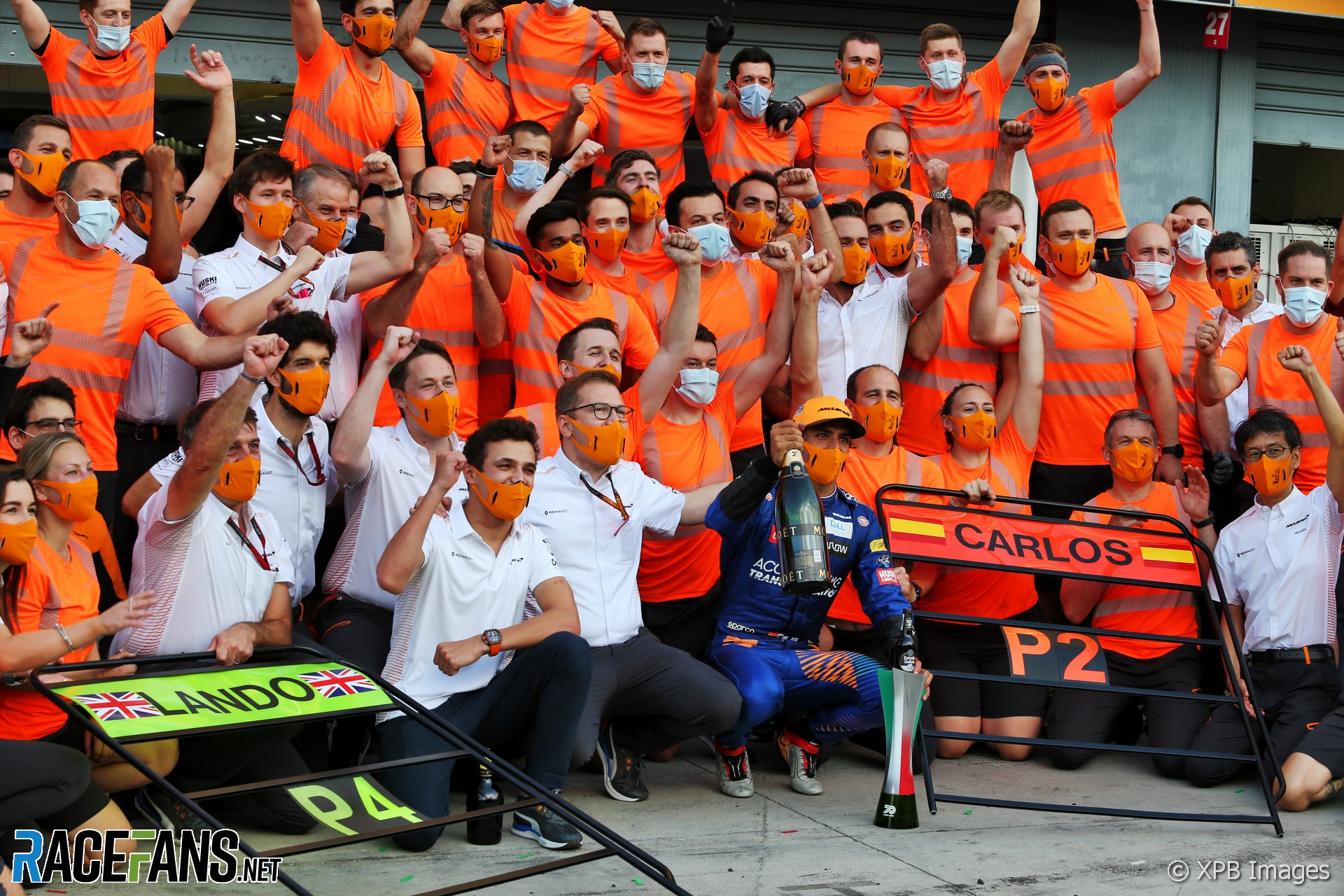 McLaren Racing CEO Zak Brown believes his team will benefit from the “harmonious relationship” between its drivers compared to the more challenging situations their rivals are facing.

While Carlos Sainz Jnr is due to leave the team at the end of the year, Brown said he has no interest in pushing for an early release in order to bring Daniel Ricciardo in sooner.

Sainz and team mate Lando Norris are well-regarded for having a constructive and easy-going relationship.

Sainz will move on to Ferrari, who announced in May that Sebastian Vettel would leave them at the end of the year. When Sainz’s move was confirmed, Ricciardo pounced on the opportunity to leave Renault for McLaren.

Racing Point confirmed this weekend they would make room for Vettel at their team by cutting Sergio Perez’s three-year contract short.

Brown says that the discord between the team mates of some of McLaren’s direct competitors is advantageous to the team.

“We have two drivers that are doing an excellent job and some other teams which have disruption in their garage,” he said. “So I think I want to continue the harmonious relationship we have going on right now.

“If we were to consider changing, that would maybe only be to the benefit of other teams that are maybe a little bit more destabilised in the garage at the moment.”