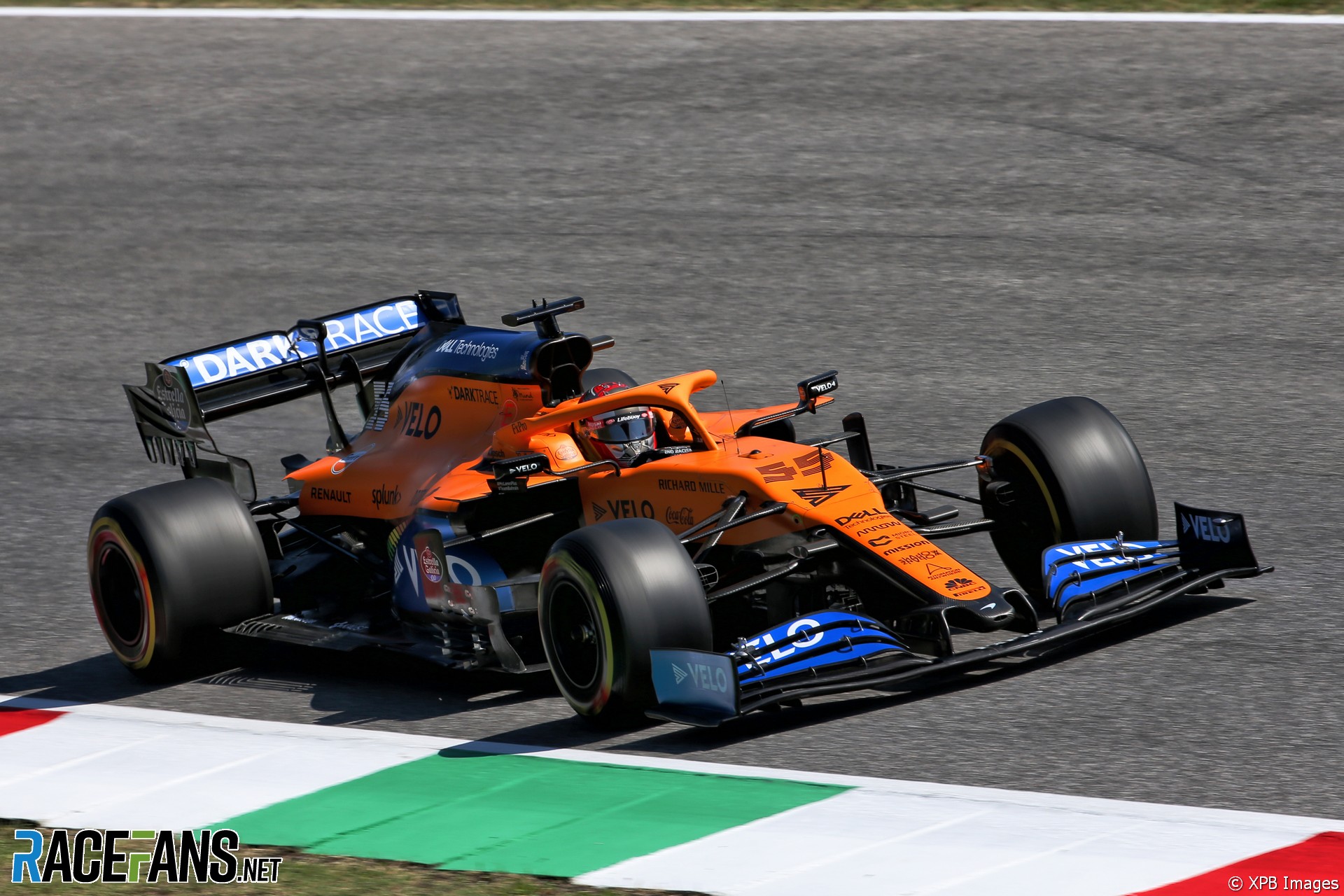 Carlos Sainz Jnr says the performance of McLaren around the Mugello circuit was a “nasty surprise” for the team.

After a strong showing last weekend in Monza, McLaren have struggled for pace around Mugello compared to their rivals. Sainz qualified ninth, two places ahead of team mate Lando Norris, who failed to reach Q3 for the first time this year.

Sainz said McLaren expected to be more competitive before the weekend began. “On paper, we felt this track was going to be good for us. We thought this kind of circuit was going to suit us.

“But in Formula 1 the midfield always has surprises for you and this has been a nasty surprise.”

Sainz said McLaren’s performance can be explained in part due to how sensitive their car is to the tailwinds Lewis Hamilton and Max Verstappen remarked on after qualifying.

“Our car is very sensitive to tailwind, mainly, and tailwind corners,” explains Sainz. “It’s also very good in headwind corners, so both sides of it.

“Once you get in a tow, what you have is a lot more tailwind. You basically have tailwind in every corner. That’s why in places like Monza, we were talking about trying not to go in the tow of some of our competitors because we felt that that generated tailwind in our car and we don’t like that.

“It’s something we are investigating and we are trying to improve and trying to understand why is this causing these kind of effects and why are we suffering a bit more.”

Sainz believes the level of competition between the teams in the midfield means that the order is likely to ebb and flow throughout the season.

“The midfield is what it is,” Sainz says. “I think it’s not going to be the last time where we see this kind of performance swing between teams from track to track.