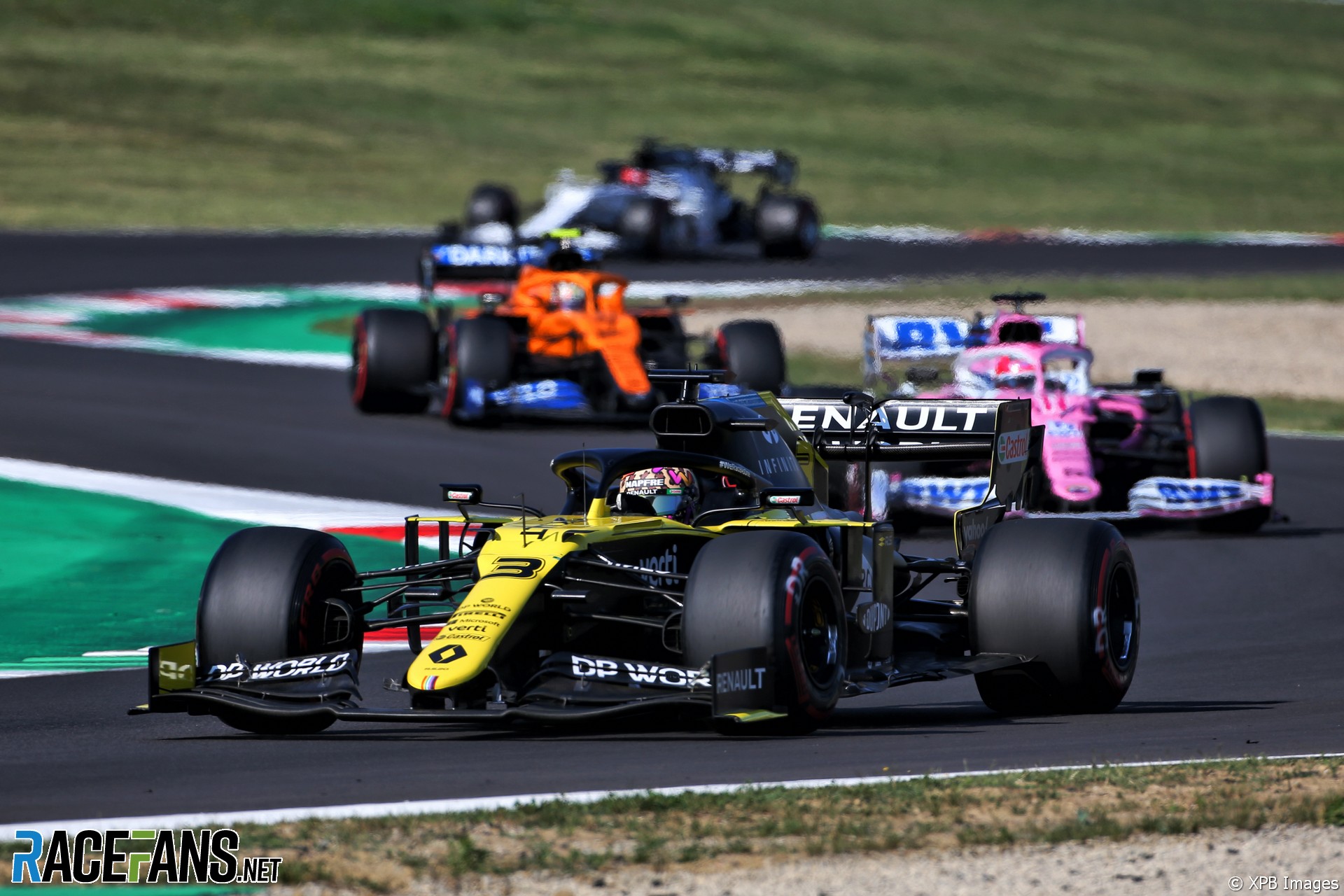 Daniel Ricciardo admits he has mixed emotions about finishing fourth in the Tuscan Grand Prix having been in contention for the team’s first podium finish for nine years.

The Renault driver ran as high as second following the final restart at Mugello. But he was passed by Valtteri Bottas and Alexander Albon in the closing laps and ultimately crossed the line in fourth.

“I’m somewhere in the middle,” Ricciardo says. “I’m bouncing from happy and fulfilled to a little bit sad.

“The truth is it’s a bit like Monza last week. I think we put ourselves in the best position. We did all we could. And just at the very end, we didn’t have that last bit to hold onto the podium. But I think we were there.”

Ricciardo held third place before the second red flag stoppage. He believes he could have held onto the podium position had the race not been halted.

“Without the red flag I feel like we had good control on the medium tyres,” Ricciardo says.

“So maybe that was a better chance for us to hold onto third. But we’re getting close and to see happiness in the team, but also some some disappointment with a fourth place, that’s a good place to be. Everyone’s hungry.”

Renault have performed better on the low-downforce circuits this year. Ricciardo said he was encouraged by their form at Mugello, which demands a higher level of downforce.

“We might be a little sad we got so close to a podium today but when we step back and look at the performance it was a track we didn’t really expect to be particularly competitive on,” he explained.

“It’s a high downforce one, it’s one we’ve haven’t been particularly strong on. Barcelona – these style circuits aren’t on our strengths and we showed good progress on this style today. So I think that’s really encouraging. It gives us a bit of optimism coming towards some other high downforce circuits.”

23 comments on “Podium was possible without red flag, says Ricciardo”