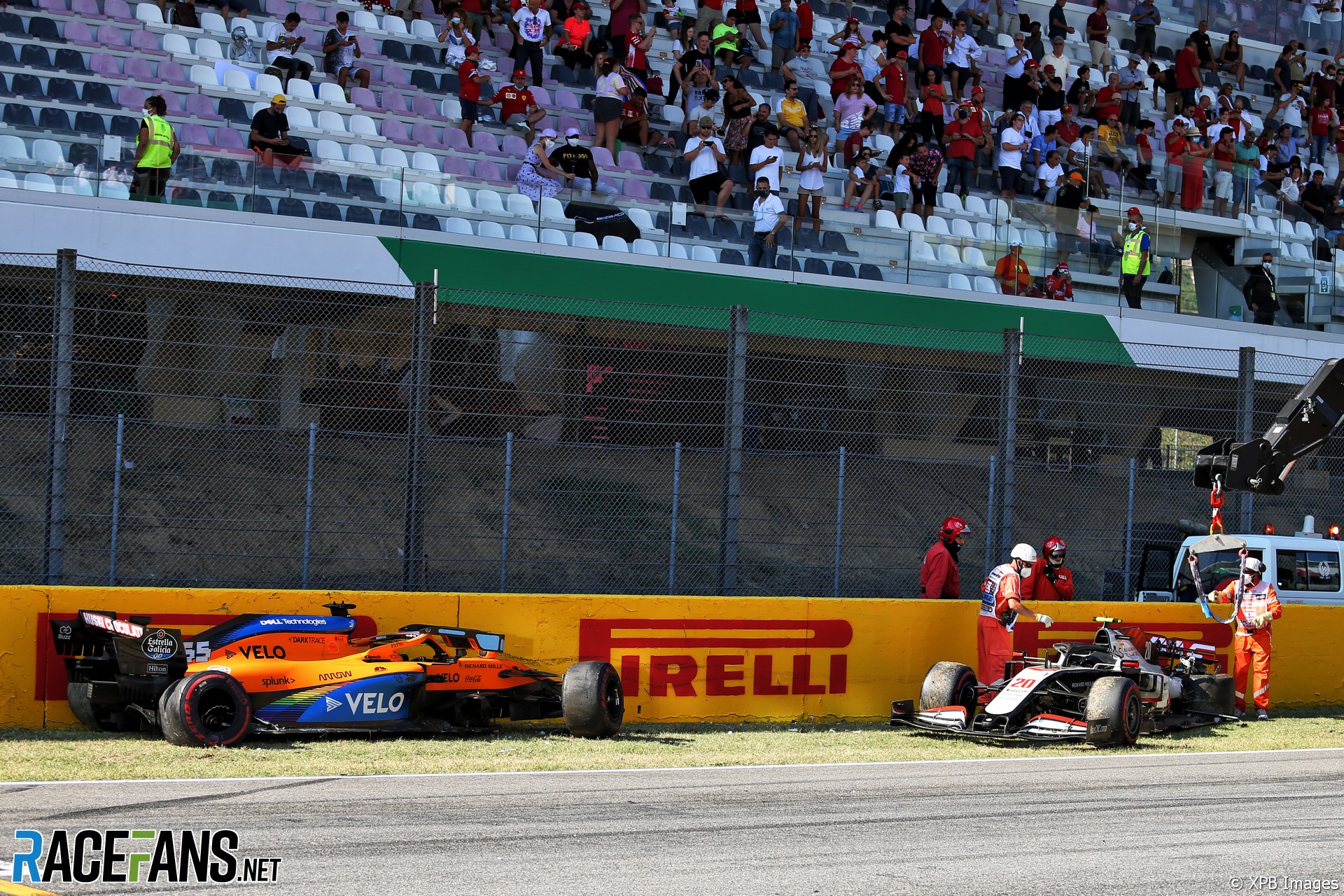 Carlos Sainz Jnr and Kevin Magnussen described the pile-up during the first restart at the Tuscan Grand Prix as “dangerous” and said F1 must avoid a repeat in the future.

The pair were eliminated from the race in the crash along with Antonio Giovinazzi and Nicholas Latifi.

Both drivers believe the crash was caused because others accelerated too soon before the restart.

“As soon as everything happened in front I found three or four cars completely crossed in the middle of the straight and I just took a couple of them with me. So a very dangerous situation.

“It reminded me abut very nasty things from the past. I don’t want to say nothing but something like this definitely needs to be analysed and find out what happened.”

Magnussen said some drivers were already accelerating flat out before they had to slow suddenly.

“I haven’t watched it from all the cars ahead but my feeling is that somebody maybe backed off to try and go and gain the momentum,” said the Haas driver. “I don’t know for sure but certainly the guys in front of me, a couple of cars ahead, they went on full throttle for at least a couple of seconds and then they stopped again, right before the line.

“Then I had to stop, they guy behind me had to to stop and somebody didn’t react and there was a massive crash. So it has to be looked at for sure and improved for the future so we don’t have that situation again.”

“It was certainly dangerous,” said Magnussen, “and something we want to avoid in future.”