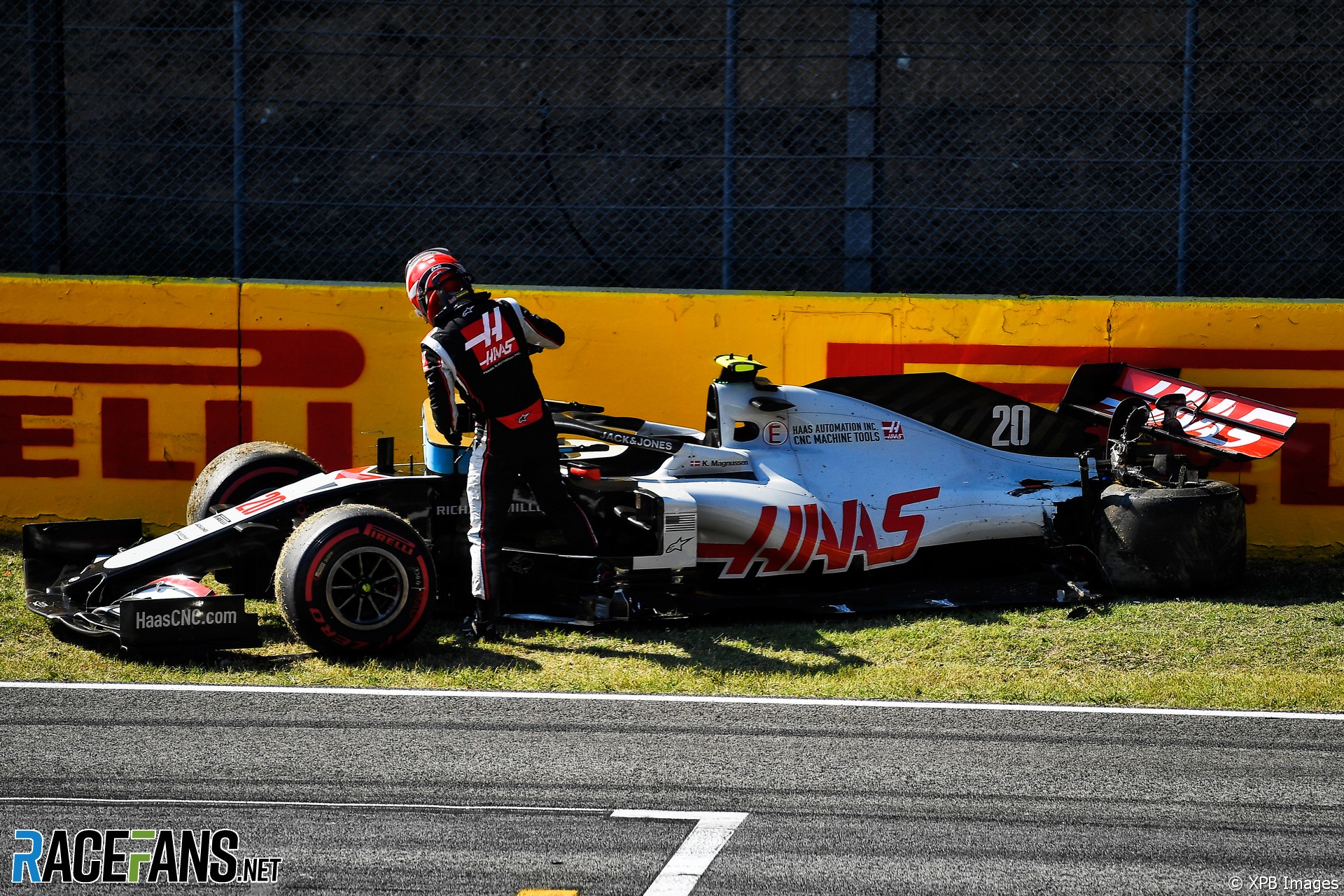 The Grand Prix Drivers Association sent a letter to F1 race director Michael Masi urging him to consider changes in response to the restart crash in the previous race at Mugello.

Four drivers retired from the race in a multi-car crash following a rolling restart at the Tuscan Grand Prix. The stewards blamed 12 drivers – two-thirds of those who took the restart – for contributing to the incident.

Romain Grosjean said he discussed the crash with GPDA representatives Sebastian Vettel and Alexander Wurz, and the group’s lawyer Anastasia Fowle. They want F1 to consider changes to the restart procedure to make similar crashes less likely in future.

“We wrote a letter to Michael Masi trying to find out what we can do better,” said Grosjean. “I don’t think there was anything standing out in Mugello in terms of restarts, it was a lot of small things that led to a big crash at the end.

“But maybe a few tweaks in some of the rules could possibly help and that’s what we want to discuss to avoid such a scary moment.

“I guess we were kind of lucky we ended up with no one being hurt because it was quite a high-speed crash. And also a car flying into the fence where all the people are, it could have been a bit naughty.”

Nicholas Latifi, one of the drivers who retired in the crash and was warned over his involvement in it, said there was little he could have done to avoid it. He believes the positioning of the ‘control line’ – the point at which the race leader can be overtaken following a restart – was a contributing factor.

“On a track like that the leader was always going to wait as late as possible to go just to avoid slipstreaming. But obviously as it’s such a long run-up, you have all the cars in the midfield pack that are kind of getting a bit antsy, kind of deciding when to go. So it just creates that big concertina effect the further back you are.

“When you’re in the mid-pack to the back of the pack, you can’t actually see when the leader goes. If you could, ideally, you would just pull out to the side and look at the leader and react to him. But you can only just react to the cars in front.

“So there was obviously just some gaps and it caught some people off-guard. Just very unfortunate, I think. There was not really much any of us who were actually involved in the crash could have done to avoid it.”

“So at tracks like that, maybe tracks like Baku, for example, when it’s quite late, maybe that could be something to look at to use those lines as an opportunity as it then just minimises that distance where you kind of have the jostling to and fro of when’s the leader going to go.

“That’s only the only thing I could think of. I don’t think it’s necessary to have a specific zone like in other categories where the leader has to go at a certain point or things like that.”