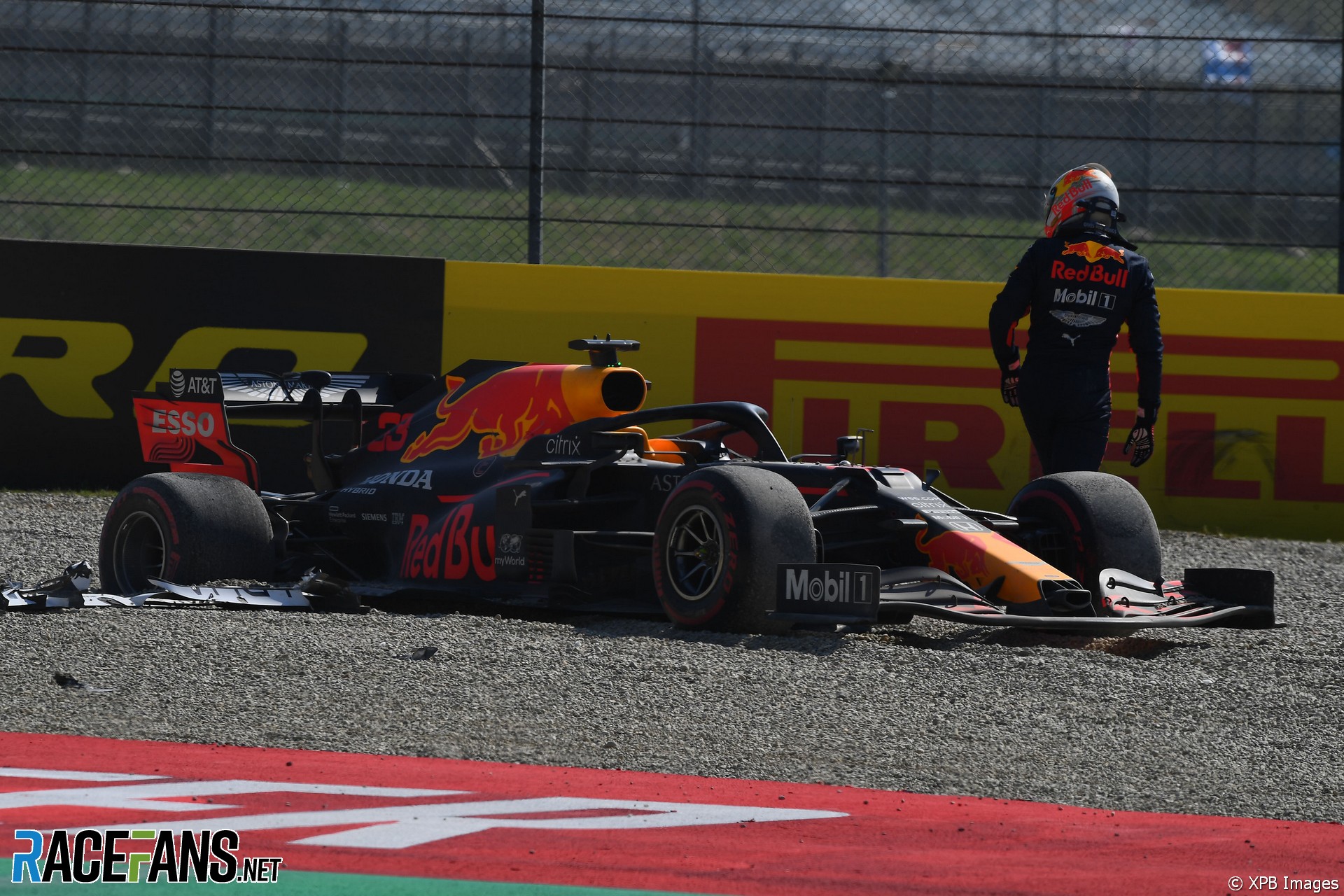 Honda Formula 1 technical director Toyoharu Tanabe says the cause of Max Verstappen’s power unit problems in the last two races has been addressed and should not recur.

Verstappen was forced out of the Italian Grand Prix by a power unit problem and suffered another fault within moments of the start at the next race in Mugello.

Following an investigation by Honda, Tanabe said the fault was “a very rare situation that was the first time since we started Formula 1” and a fix has been put in place for this weekend.

“I don’t go very deep in detail but it was very complicated,” he explained. “Many parameters involved in that issue.

“After the race we analysed the data and then tried to understand what happened, especially just after the race We identified the root cause of the issue and then for this race we have applied the countermeasures to fix the problems. It should not happen again.”

Verstappen and fellow Honda user Pierre Gasly had also complained about losses of electrical power at the end of their qualifying laps at Spa. Tanabe explained this was due to “the slightly different throttle application” between the two drivers during the laps.

“We maximise the energy usage through the lap. If you [have] energy [remaining] after the finish line, it means you lose performance.

“So we maximise how to use the energy. But at the end the lap was a slightly different condition, that’s why it happened for both cars.”

Gasly’s unexpected victory at Monza made Honda the first manufacturer in the V6 hybrid turbo era to win races with two different teams.

“We are very happy with Gasly’s Monza win,” said Tanabe. “It emphasised very much our passion and the Japanese fans were very happy to see his win and then podium. We keep pushing for both teams, working very hard with both teams to improve our performance.”