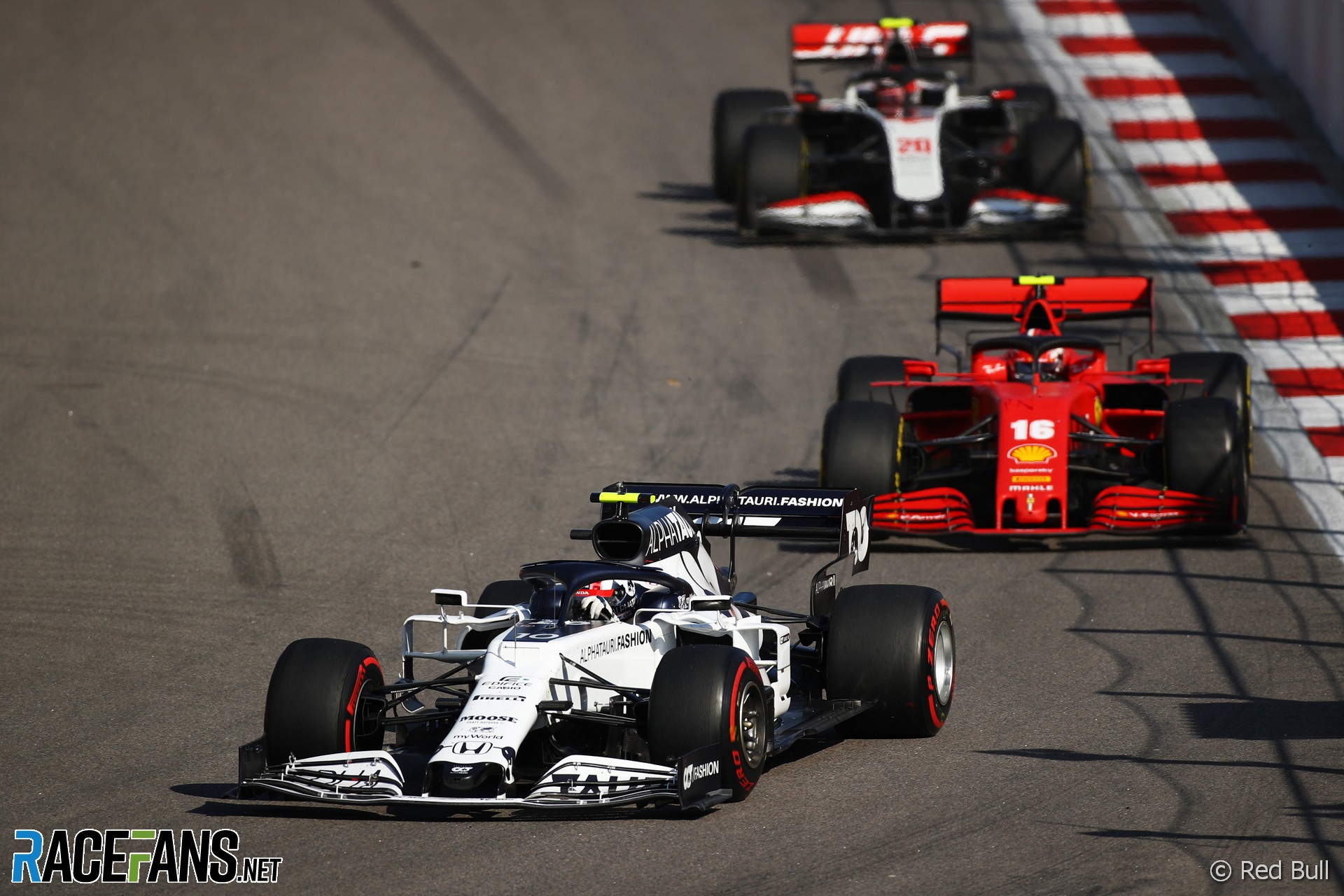 AlphaTauri team principal Franz Tost says Ferrari’s Charles Leclerc was only able to beat Pierre Gasly in the Russian Grand Prix because the rules forced his driver to start the race on old tyres.

Gasly out-qualified Leclerc and started ninth on the grid. Because he reached Q3, he had to start the race on the tyres he used to set his quickest lap time in Q2.

Leclerc did not reach Q3, meaning he was allowed to start the race on new tyres. He originally qualified 11th but was promoted one place by Alexander Albon’s penalty.

Although Gasly kept Leclerc behind him at the start, the AlphaTauri driver had to pit earlier in order to replace his soft tyres. Leclerc started on a new set of mediums and was able to pit 10 laps later than Gasly, emerging over seven seconds ahead.

“I must say it was a little bit of a disadvantage to finish the qualifying on the ninth or 10th position,” said Tost. “It would have been much better to finish qualifying 11th and to start with the prime.

“Because look what Leclerc did. Ferrari were slower than us but they had a big advantage to start with the medium tyre. And therefore he could stay out much longer and he could open the gap when Pierre had to come in to change the tyres from the option to the base.

“Then he lost in the traffic. This was why Leclerc finished in front of us.”

Gasly lost time later in the race when AlphaTauri tried to take advantage of a Virtual Safety Car period to make an extra pit stop with minimal loss of time. However the VSC period ended while he was in the pits, costing him more time than expected, and he lost places to Alexander Albon and Lando Norris.

Tost said the delay did not ultimately cost Gasly a position. “We pitted him because it was a pit stop more or less for free,” he explained. “First of all we thought that the VSC would take longer. It was only, I think, 10 seconds or something like this, this is not what we expected.

“But with new tyres it was easy for him to overtake Albon once more and Norris and then finish on the position where he was before.”

Gasly finished the race behind his team mate Daniil Kvyat, who also failed to reach Q3 and started on a fresh set of tyres.

“I don’t think that he could have closed the gap to Daniil but Daniil was in front of him, therefore we didn’t gain anything,” said Tost.