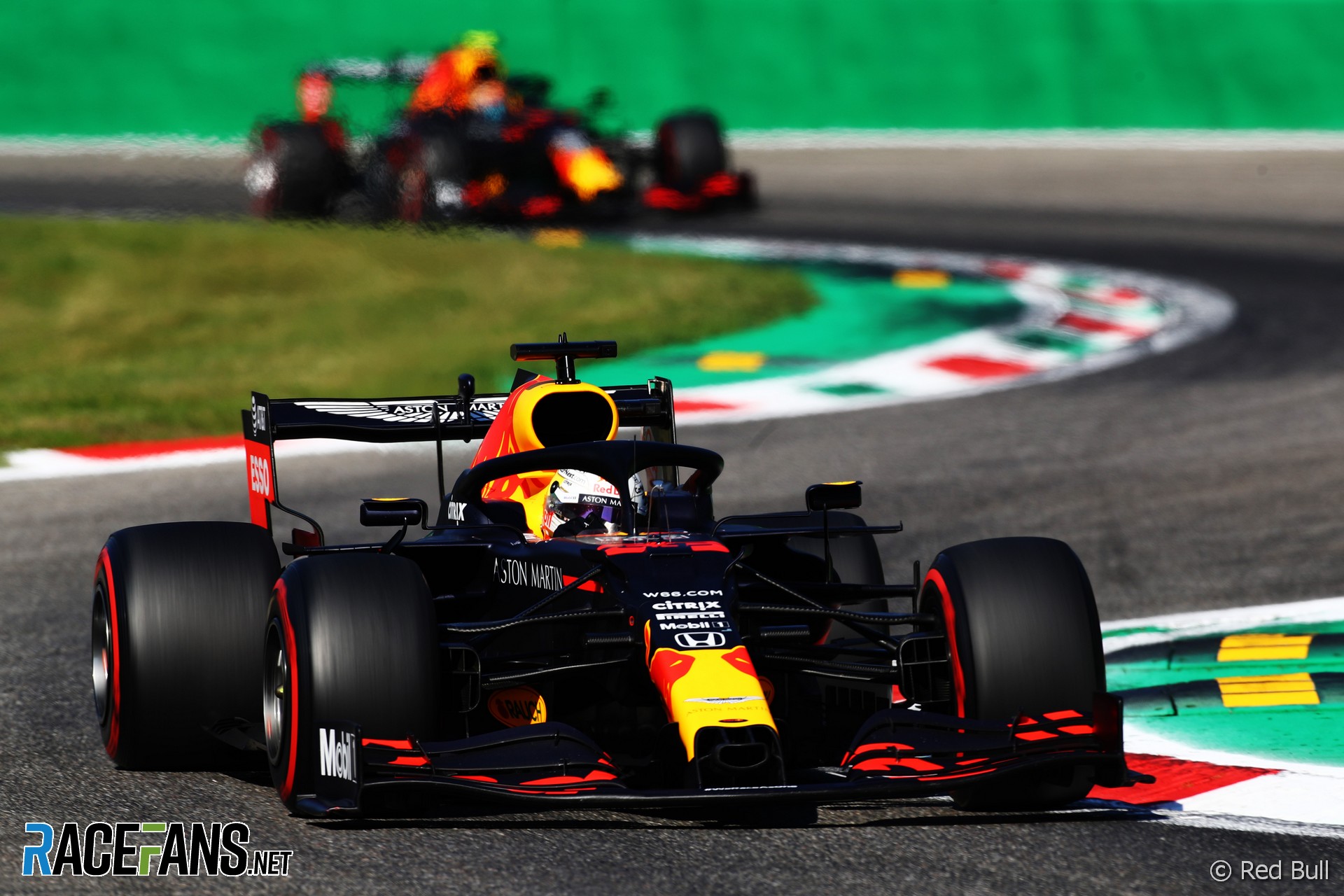 Since Daniel Ricciardo left Red Bull at the end of 2018, the team has struggled to find a replacement who can perform at his level.

In Max Verstappen the team have one of the toughest benchmarks against which a driver can be measured. Pierre Gasly found out how hard last year, when he was dropped by Red Bull after just half a season as Verstappen’s team mate.

Alexander Albon took over Gasly’s place, but more than a year later it’s debatable whether he’d made a solid case for a second full season at Red Bull.

With many seats for next year already occupied, Red Bull have no shortage of options. They could remain committed to Albon, recall one of two of their previous drivers, or even cast the net beyond the junior drivers. Who should they choose as Verstappen’s team mate for the 2021 F1 season?

Keeping their current driver would be the most straightforward option. But is Albon showing enough progress? After 19 races – seven more than Gasly started at the team – he is still over a second a lap slower than Verstappen at times in qualifying.

His race form has generally been better, but there have also been occasions when he’s been unable to get the Red Bull back up into the finishing positions it is capable of, as was the case at Sochi last week.

After the difficult circumstances of his ousting from Red Bull, Gasly found his feet again soon after returning to Toro Rosso, finishing on the podium in Brazil. Better things followed this year: His Monza victory was the most eye-catching result, but he has consistently performed well all season.

But how much of that is down to being in a more comfortable environment at AlphaTauri, and having a less sensitive car to drive than the Red Bull? It’s far from certain that simply plugging Gasly back into a Red Bull would produce a significantly better outcome than it did last year.

Before Gasly, Kvyat was the first driver to be relegated to Toro Rosso from Red Bull. He’s had some solid races this year, but giving him the Red Bull drive over his team mate given Gasly’s results would be a surprising decision.

The Racing Point driver has unexpectedly found himself back on the market for 2021 despite signing a three-year contract with his team last year. The opportunity to sign Sebastian Vettel proved too much of a temptation for the team which will become Aston Martin next year.

As well as being a dependable midfield talent, Perez brings substantial backing. Last week’s developments may have made that more attractive to Red Bull: They are set to lose their Honda engine supply after next year, following which they will have to pay for engines.

When Perez was forced out of two races due to his positive Covid-19 test, Hulkenberg seized the opportunity to show he still has the potential to take on the front runners given a good enough car. Misfortune ruled him out of the first race, but he followed it up with an excellent third on the grid in his second start.

Verstappen is a rare talent and choosing a driver quick and resilient enough to go up against him is a tough call.

Besides his podium finish at Mugello, Albon was close to top three finishes in Brazil last year and in the season-opener in Austria – a race he might even have won. His qualifying pace hasn’t been at the required level yet, but are any of his potential replacements likely to be a clear step forward in that respect?

I’m not convinced. Red Bull may have been hasty to get rid of Gasly last year, but replacing Albon at this stage could be making the same mistake again. Keeping the faith in him could be the confidence boost he needs.

Who do you think Red Bull should place alongside Verstappen next year? Cast your vote below and have your say in the comments.

Who should Red Bull pick to be Max Verstappen's team mate next year?