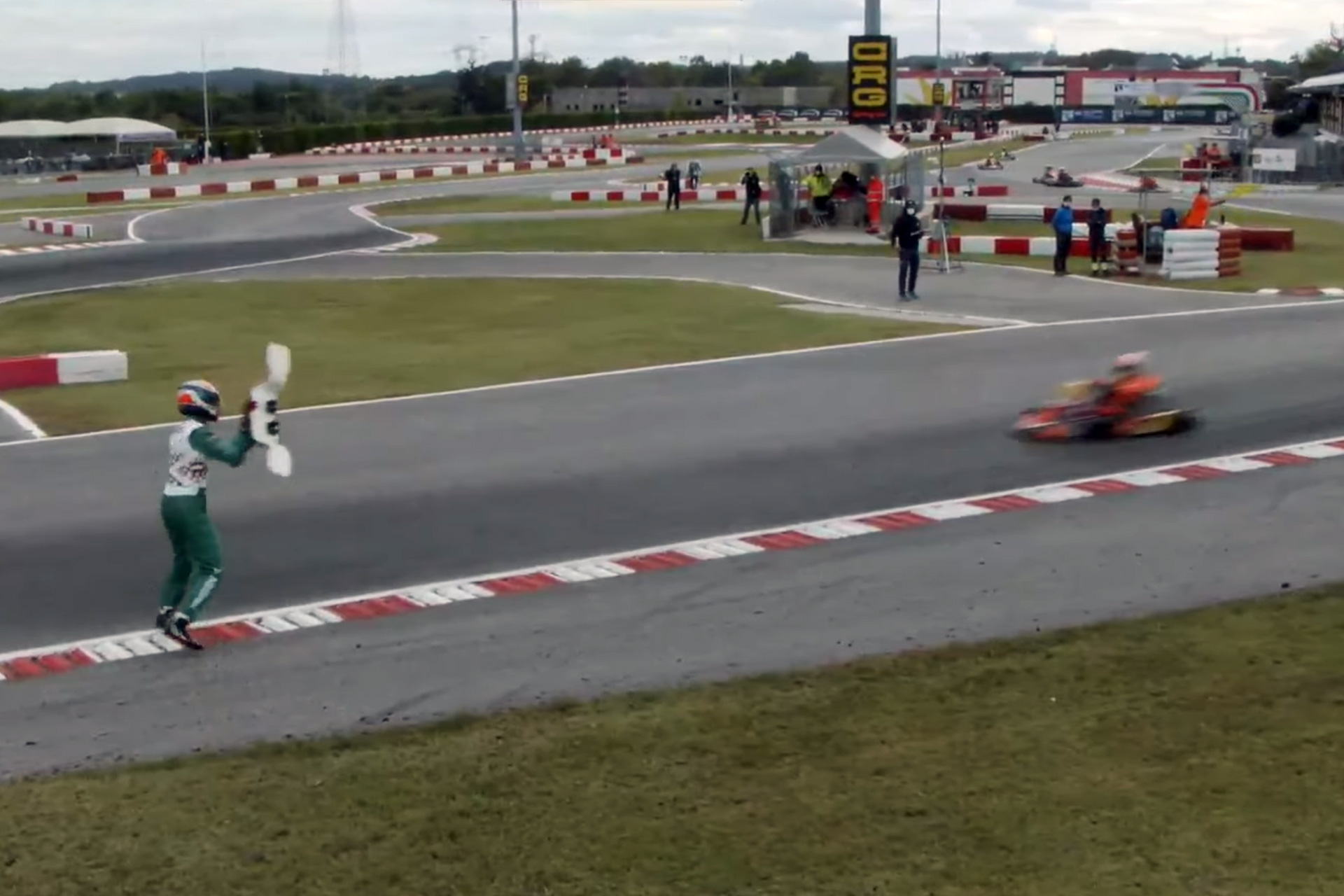 Felipe Massa, the president of the international karting commission of the FIA, has promised those involved in incidents during yesterday’s world championship KZ Final in Italy will “face the consequences”.

The FIA has announced an “immediate investigation” into what it called the “disturbing events… involving drivers, team members and track officials” during and after yesterday’s race at the Lonato circuit.

Luca Corberi, 23, threw the bumper of his kart at fellow Italian racer Paolo Ippolito, 24, after the pair tangled during the race, forcing Corberi out. Corberi, who drives for Tony Kart, and his CRG rival Ippolito were both disqualified over their roles in the collision, footage of which was not broadcast.

Amateur video which circulated on social media appeared to show Corberi and a second individual attacking Ippolito in the paddock after the race. Massa, who became the CIK-FIA president in 2017, shared images of both incidents, stating “this behaviour is unacceptable in our sport” and “those individuals will face the consequences of their actions”.

Massa’s former Formula 1 rival Jenson Button said yesterday Corberi and his father should be given lifetime bans for their behaviour.

The championship was won by French 33-year-old Jeremy Iglesias, driving for Formula K.