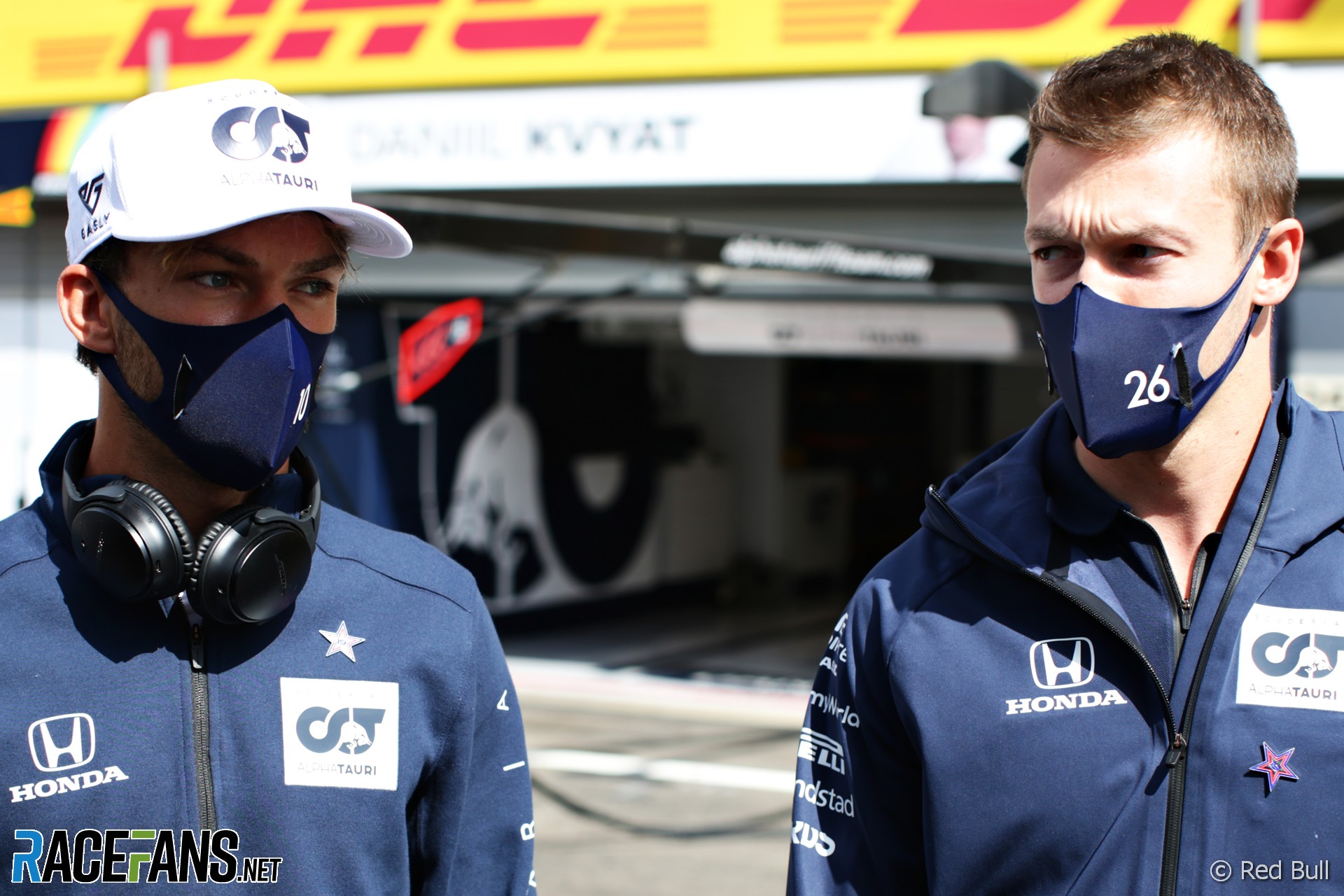 AlphaTauri drivers Pierre Gasly and Daniil Kvyat say they are saddened and surprised by the news Honda will leave F1 at the end of next season.

Gasly has used Honda power in almost every F1 race he has started and delivered some important results for the Japanese manufacturer. His second place in the 2018 Bahrain Grand Prix was, at the time, their best result since returning to Formula 1.

Last month the AlphaTauri driver took an unexpected victory for Honda at Monza, making them the first engine manufacturer to win races with two different teams in the V6 hybrid turbo era. Nonetheless Honda announced last Friday they will leave at the end of the 2021 F1 season.

“I have to admit I’m sad that Honda is leaving Formula 1 after the experiences we shared together over the past four years,” said Gasly. “The people at Honda have played an important role in my career and I have always loved working with them.

“But we will still be together until the end of next year and I hope we can try and fight for more wins together before then, and that Honda will be in a position to fight for the championship title.”

Gasly’s team mate Daniil Kvyat said he was also disappointed to learn their engine supplier plans to leave the sport.

“I was surprised to hear the news that Honda will leave F1 at the end of next year,” he said. “It is sad on a human level as I enjoy working with their engineers, and disappointing from a racing point of view because they have worked so hard to give us the best possible power unit and we have seen it deliver some excellent results so far.

“The Honda guys at the track are really committed and I’m sure they will continue to push while they are still in the sport.”

12 comments on “Gasly and Kvyat saddened by Honda exit”