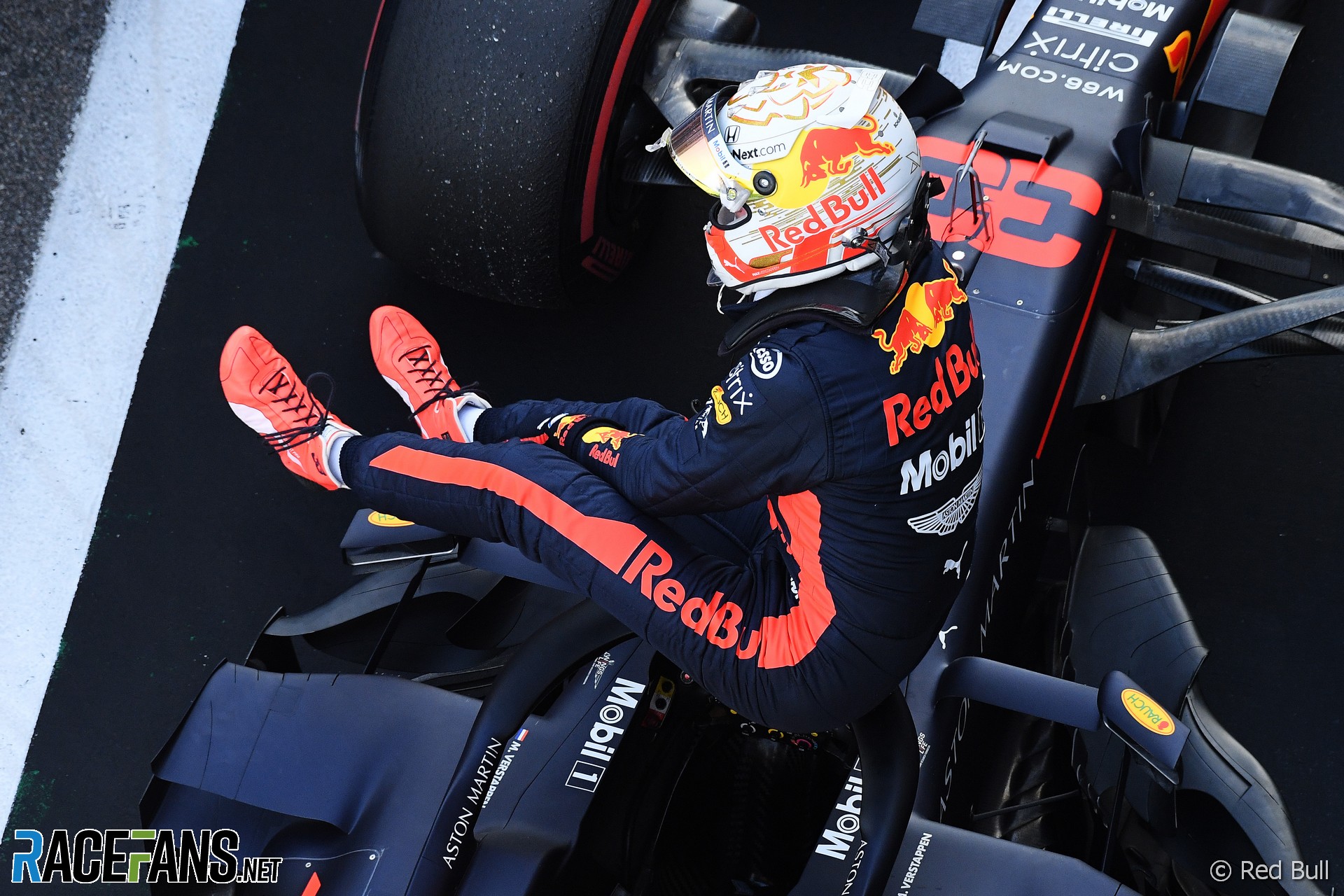 Christian Horner has denied that there is a break clause related to Honda’s departure from Formula One in Max Verstappen’s three-year contract to the team, after speculation that he could become a free agent if the team had no power unit supplier.

Honda announced on Monday that their F1 programme would end after 2021, leaving the Red Bull and AlphaTauri teams without a power unit supply from 2022 onwards.

Max Verstappen, who re-signed with Red Bull until the end of 2023 earlier this year, was rumoured to have a break clause in his contract relating to the team’s power unit supply, which could be activated if Honda’s departure forces them to return to Renault engines.

However, writing in his column for the team’s website, Horner said neither Verstappen nor team mate Alex Albon has any clauses directly related to Honda in their contracts.

“People keep asking whether Honda’s departure would mean a change in our driver line-up or result in Max leaving the team,” he wrote. “I can tell you, that despite contracts being private there are no clauses related to Honda in Max or Alex’s contracts, so it does not change anything.

“I had a good conversation with Max before the announcement and he is just as motivated, upbeat and trusts the team.”

Horner admitted sourcing a new engine supplier presents a challenge for the team but said Honda’s announcement had given them time to make preparations, “I would be lying if I said it is an easy task for a team to integrate a new power unit and ensure that the communication is there straight away, but the initial work with Toro Rosso helped and as a team we are adaptable and pride ourselves in the depth of knowledge and experience we have to drive success.

“Now the situation is clear and we have time, which we are grateful to Honda for, we must find a competitive power unit solution for 2022 and beyond.”

28 comments on “Horner: “no clauses related to Honda” in Verstappen contract”