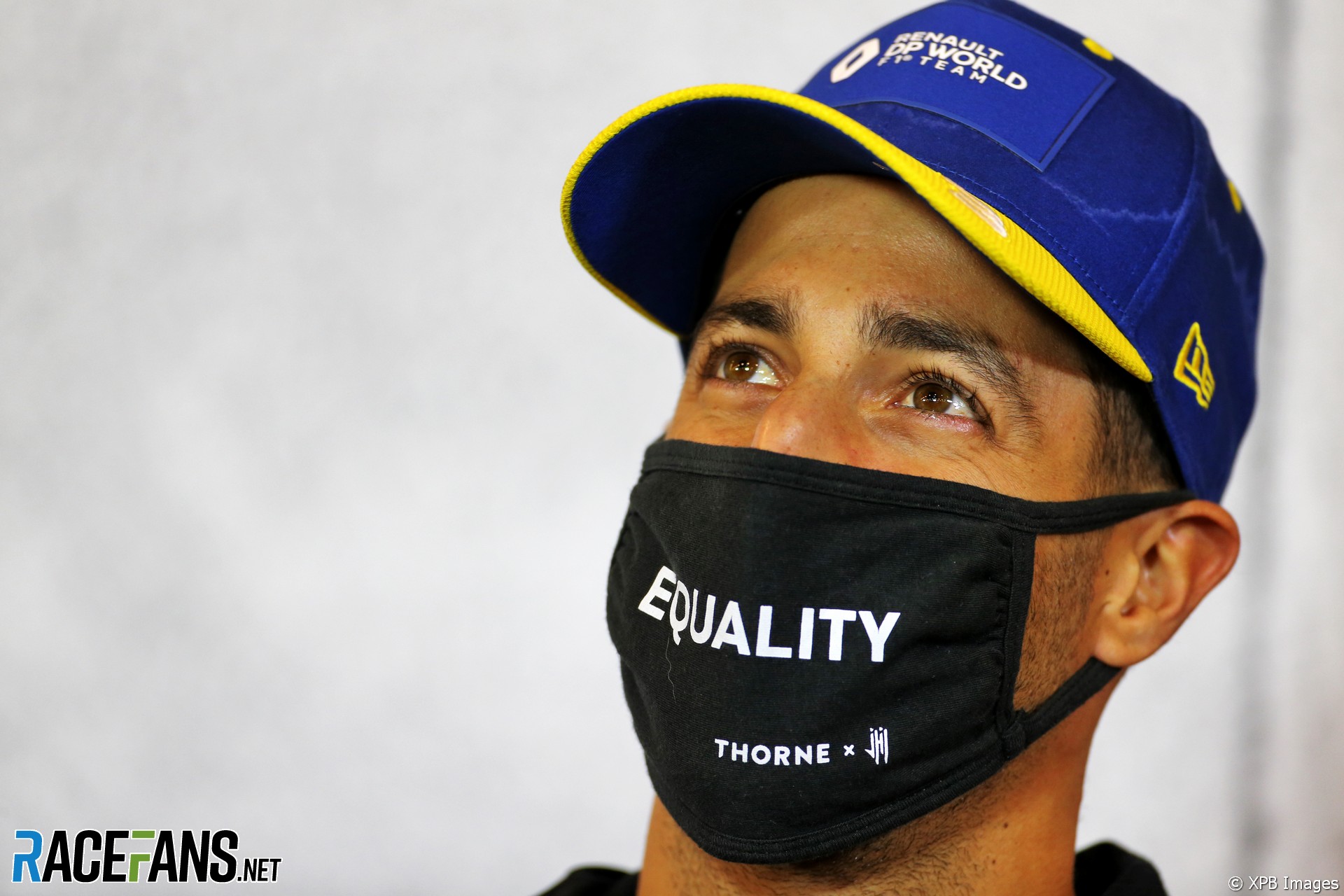 Daniel Ricciardo sees no obstacles to Red Bull reuniting with Renault in the wake of Honda’s withdrawal from Formula 1.

Unless Red Bull find an alternative supplier, Renault could be obliged to supply them with power units under F1’s supply rules. Ricciardo drove Renault-powered Red Bulls for five years, during which time the relationship between the pair deteriorated, but he believes both parties would “get on with it” if they found themselves working together again.

Asked during yesterday’s FIA press conference if he could see the two parties working together again Ricciardo said: “I think they could. Obviously, it’s not really up to me to decide how that goes. But I do think they could.

“I think there’s… call it emotions, and then there’s business and there’s time. And I think, obviously, time heals a lot of things.

“Whether things weren’t seen eye-to-eye a few years ago, or whenever it was, I don’t think that will necessarily remain forever. So if that’s what ends up happening in the future, I think they can they can get back on on good working terms.”

Red Bull and Renault won consecutive championships together between 2010 and 2013. But when the V6 hybrid turbo era began the following year, which coincided with Ricciardo’ arrival, they began to struggle. At one point in 2014 Red Bull team principal Christian Horner described Renault’s power units “unacceptable”.

However Ricciardo said he “never experienced anything that was irreparable” in the relationship between team and engine supplier.

“So I’m not concerned. If that’s what they do, I think that they’ll get on with it.”

When he left Red Bull at the end of 2018, Ricciardo cited uncertainty about the team’s change of engine supplier as one of his reasons for his decision to move to Renault. But he does not feel Honda’s coming departure vindicates his actions.

“I honestly don’t feel anything personal towards it,” he said. “I’m not jumping around saying, oh, you look, you know, I was right. It’s nothing like that.”

Ricciardo will join McLaren next year, coinciding with their move to Mercedes power. It will be the first time in the V6 hybrid turbo era he has used a power unit other than Renault’s.