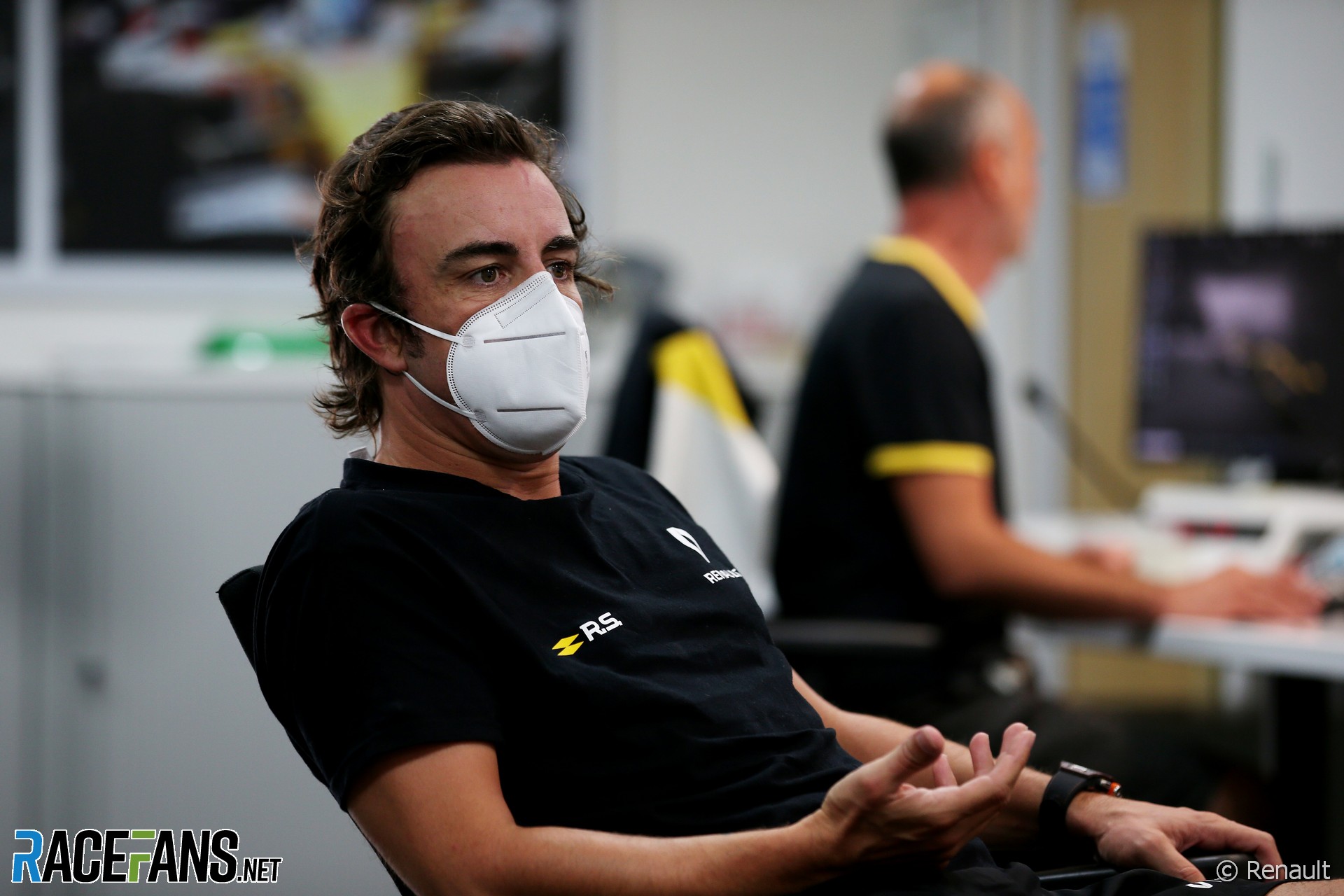 Renault team principal Cyril Abiteboul says Fernando Alonso has been buoyed by the team’s recent progress and is “very hungry” for success when he returns to race for them next year.

Alonso is driving the team’s 2020 car today in a filming day at the Circuit de Catalunya today in preparation for his return. Abiteboul revealed the two-times champion messaged the team regularly during last weekend’s Eifel Grand Prix when they scored their first podium finish since returning to the sport in 2016.

“We received messages before, during and after the race,” said Abiteboul. “You would be impressed to measure his level of interest.”

While the team sees the new 2022 technical regulations as the biggest opportunity to close the gap to the dominant Mercedes team, their progress this year has raised hopes of success in Alonso’s first year back with them.

“I think that when when he initially joined the team, and in his communication when we announced him, it was very much about 2022 and things,” said Abiteboul. “And the more the season is going and with the team’s progression, the car progression, the more he starts to be interested into 2021.

“Fernando is like a big shark. As soon as he starts to feel the blood, he wants to attack. That’s what I see, I see a shark. Very hungry. So that would be good to see.”

Alonso is already working with Daniel Ricciardo, who he will replace next year, and Esteban Ocon to develop the car’s set-up for each race.

“I’ve seen obviously how keen he is and he did send me a message that if we needed anything, he would be it would be there, no problem,” said Ocon.

“It’s good at the moment that he goes in the simulator and it’s three opinions, basically, because me and Daniel and him. We are all practising on the sim before going to the races to have a good start set-up for the weekend. To have three confirmations is better than two.”