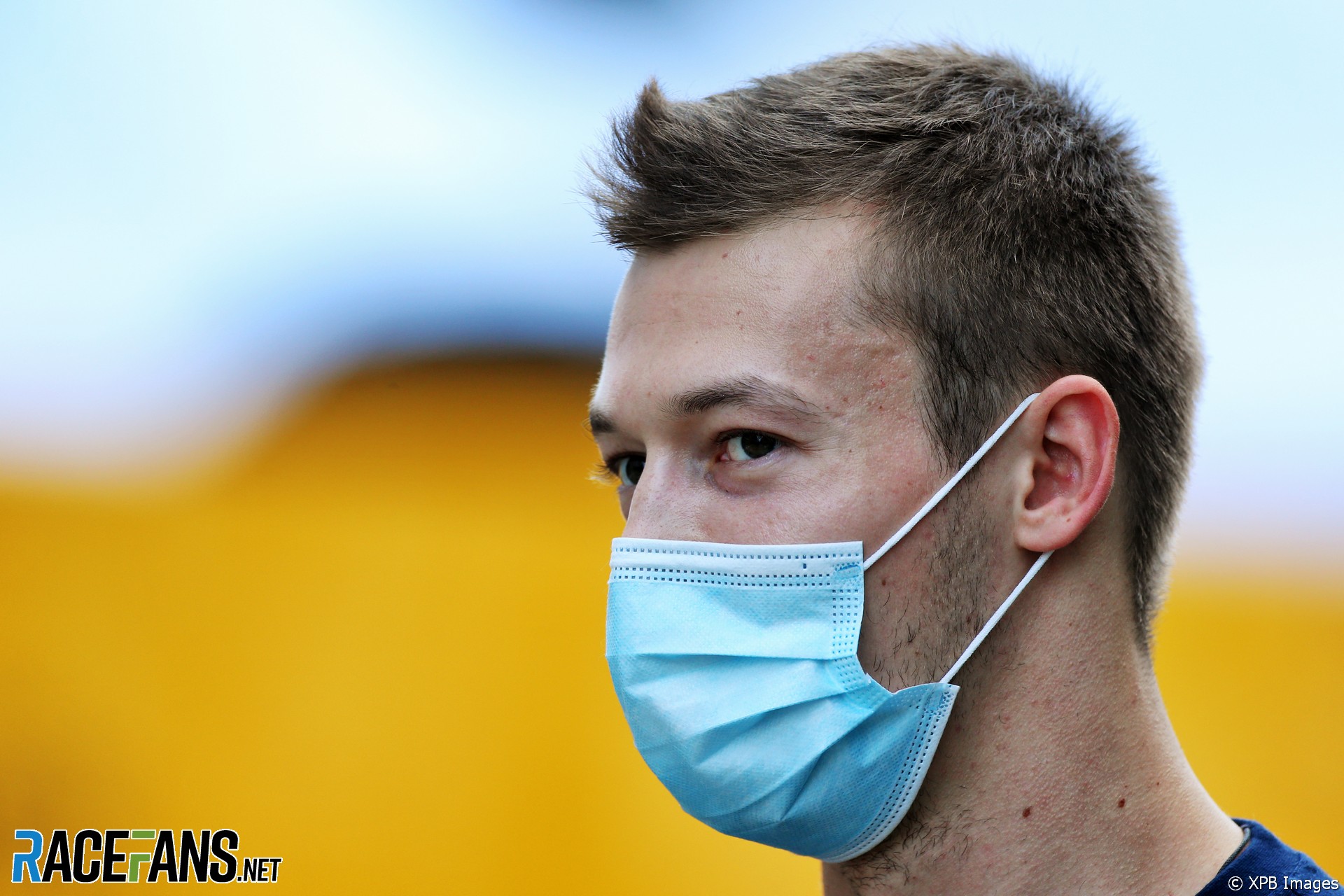 The subject of penalty points became a focus of attention after Lewis Hamilton briefly reached a total of 10 following the Russian Grand Prix, leaving him two away from a one-race ban. In an unprecedented step, the stewards later withdrew the points which had been issued along with a pair of five-second time penalties.

Nonetheless several drivers expressed concerns that points are being issued for minor incidents. No F1 driver has ever reached the 12 which would trigger an automatic ban, but Romain Grosjean and Daniil Kvyat have come closer than any of their rivals, racking up 10 points earlier in their careers.

Grosjean admitted the threat of a ban forced him to concentrate on avoiding further penalties. However he questioned whether points were being given for incidents which were too lenient to merit them.

“I got points for blocking – I don’t know who – in qualifying in Bahrain early in the season in 2018, I remember that example. Twice on the radio I wasn’t specifically told anyone was coming. It’s not like I did it on purpose and you get a point for that.

“So when you’re close to 12, you’re being careful with everything: Obviously blocking someone in qualifying, or even missing the pit entry speed limit and going too fast in the pit lane, or ignoring – without wanting to ignore – a yellow flag, that’s two points. So it gets [high] very quickly. Also a collision in the race can happen.

“So, yes, when you’re on a lot of points on your licence, you’re just being careful. And it’s not quite the same to be driving with that pressure on your head.”

Kvyat said “it was very uncomfortable” to reach 10 points on his superlicence, which he did in 2017. He was replaced at the team shortly afterwards.

“I was like one little infringement from a race ban,” he recalled. “I wasn’t feeling great at the time, to be honest.”

The AlphaTauri driver also has misgivings over the reasons some penalties are issued.

“I think some of those points are very justified. When you do some dangerous driving, you put other drivers at risk. But some others are not really justified. So I think that system needs to be reviewed, to be honest.”

“Because also [with] me in Spain, I felt like with the blue flags, it’s not really an infringement that puts another car in danger, in the risk of something. And you still get penalty points. I can also say, ‘you know what guys, I want my penalty points back’.”

Hamilton was penalised for performing two practice starts at the end of the pit lane exit in Sochi. Kvyat, who passed Hamilton’s stationary car, said he was surprised the Mercedes driver chose that location because he knew it wasn’t permitted.

“You go very fast there, first of all, already like 250kph, so it wasn’t a good place to be sure,” said Kvyat. “I was surprised. I knew you couldn’t really do that.”

Kvyat raised the issue of superlicence penalty points at the drivers’ briefing. “I think this thing needs to be a bit reviewed,” he said.

“If you get the penalty points [because] you cause a dangerous collision with someone, or a very dangerous manoeuvre and it’s clearly someone’s fault, then OK it’s justified. But blue flag infringements, like all this sort of bullshit, I don’t think you really need any licence points. It’s not a taxi park. We need to be able to always push on the limit.”

McLaren’s Lando Norris said a conversation between the drivers and F1 race director Michael Masi had clarified the situation.

“There are some rules where a driver gets penalty points when they shouldn’t. It should only be for things that really are dangerous for people or cause serious crashes or things really to do with safety. Not so much for some things every now and then that you can get done for.

“So I think it’s been cleared up slightly, but we’ll see in the future when people get them again.”

Masi declined to comment on what he had discussed with the drivers. “Discussions that are in the drivers briefing between the drivers and myself and the team managers,” he said.

50 comments on ““It’s not a taxi park”: Drivers say penalty points should only be given for dangerous incidents”