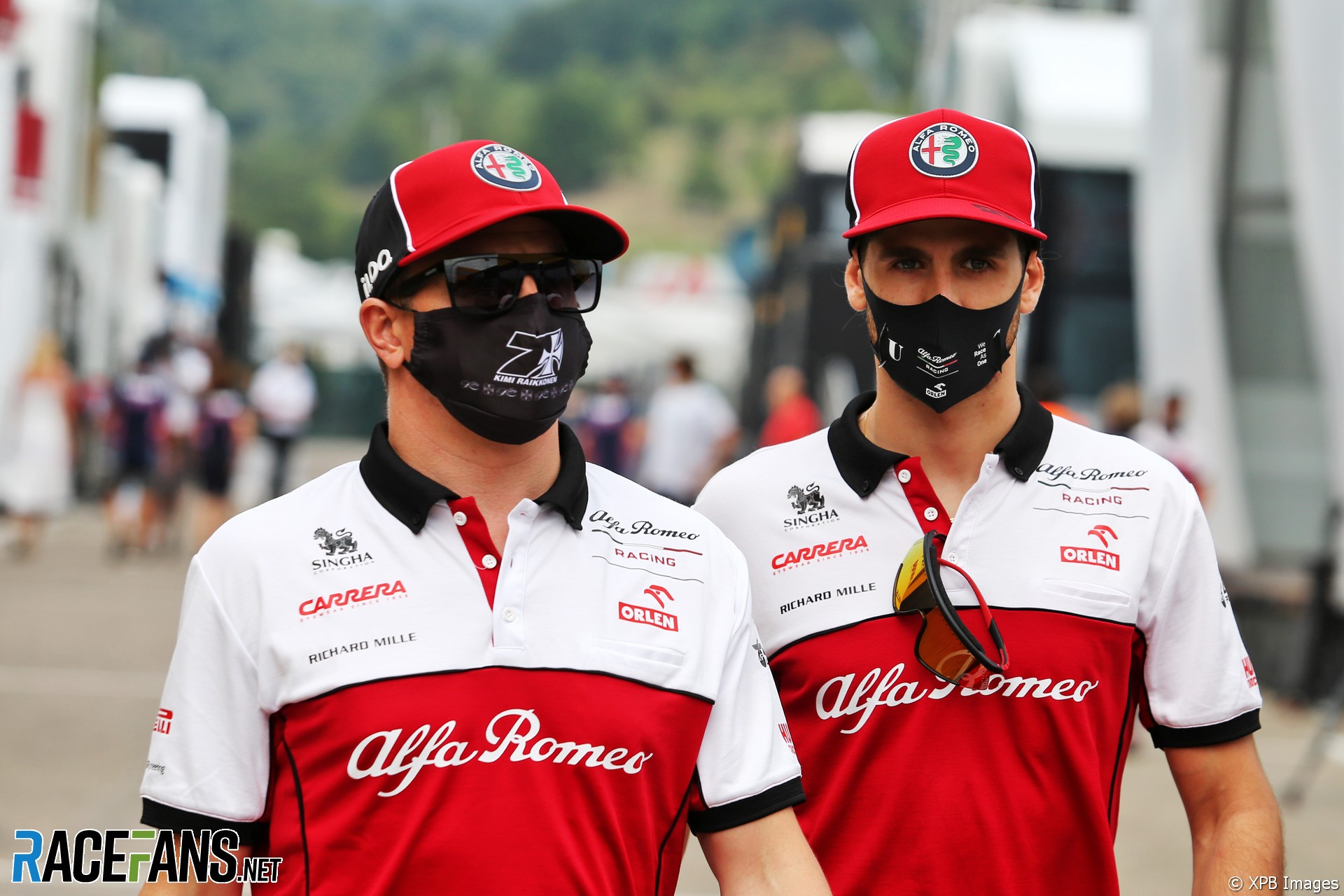 Alfa Romeo has extended its deal to apply its branding to Sauber’s Formula 1 team for 2021. It is expected to confirm current drivers Kimi Raikkonen and Antonio Giovinazzi will remain with the team for a third season next year.

With the two Alfa Romeo seats set to be filled, Ferrari is expected to place another of its junior drivers, Mick Schumacher, at Haas next year.

Sauber and Alfa Romeo’s partnership began in 2017, a year after the sale of the team by Peter Sauber and then-team principal Monisha Kaltenborn to investment firm Longbow Finance. The team initially rebranded to Alfa Romeo Sauber F1 Team for the 2018 season, before competing as Alfa Romeo Racing in 2019 and 2020.

The team remains operated by the Swiss-based Sauber team, branded as Alfa Romeo. Fiat-Chrysler, which owns the Italian manufacturer, wrote off €941 million from Alfa Romeo and Maserati in 2019, in order to restructure the brands for electrification. The effects of the global coronavirus pandemic worsened the situation, and Fiat-Chrysler reported a loss of more than a billion Euros in the second quarter of 2020.

However, the group have recently announced a dramatic reversal of that fortune, posting a €1.2 billion profit from the three months ending on September 30th, ahead of a planned merger between the group and Peugeot.

RaceFans understands Alfa Romeo and Sauber’s contract included an option to end their partnership after the current season. The extension of the deal has been officially confirmed today.

“The extension of our relationship with Alfa Romeo is a true statement of intent from both parties,” said team principal Frederic Vasseur. “Both parties always intended for this relationship to bear fruit in the long term. We have laid some solid foundations in the last three season and we aim to reap the rewards of this work in 2021 and beyond.”

The team is expected to retain its current driver line-up for Raikkonen, who became the most experience F1 driver in history this year, and Giovinazzi, who will start his third full season in F1. Alfa Romeo lies eighth in the 2020 constructors’ championship, Raikkonen having scored two points so far this year and Giovinazzi three.