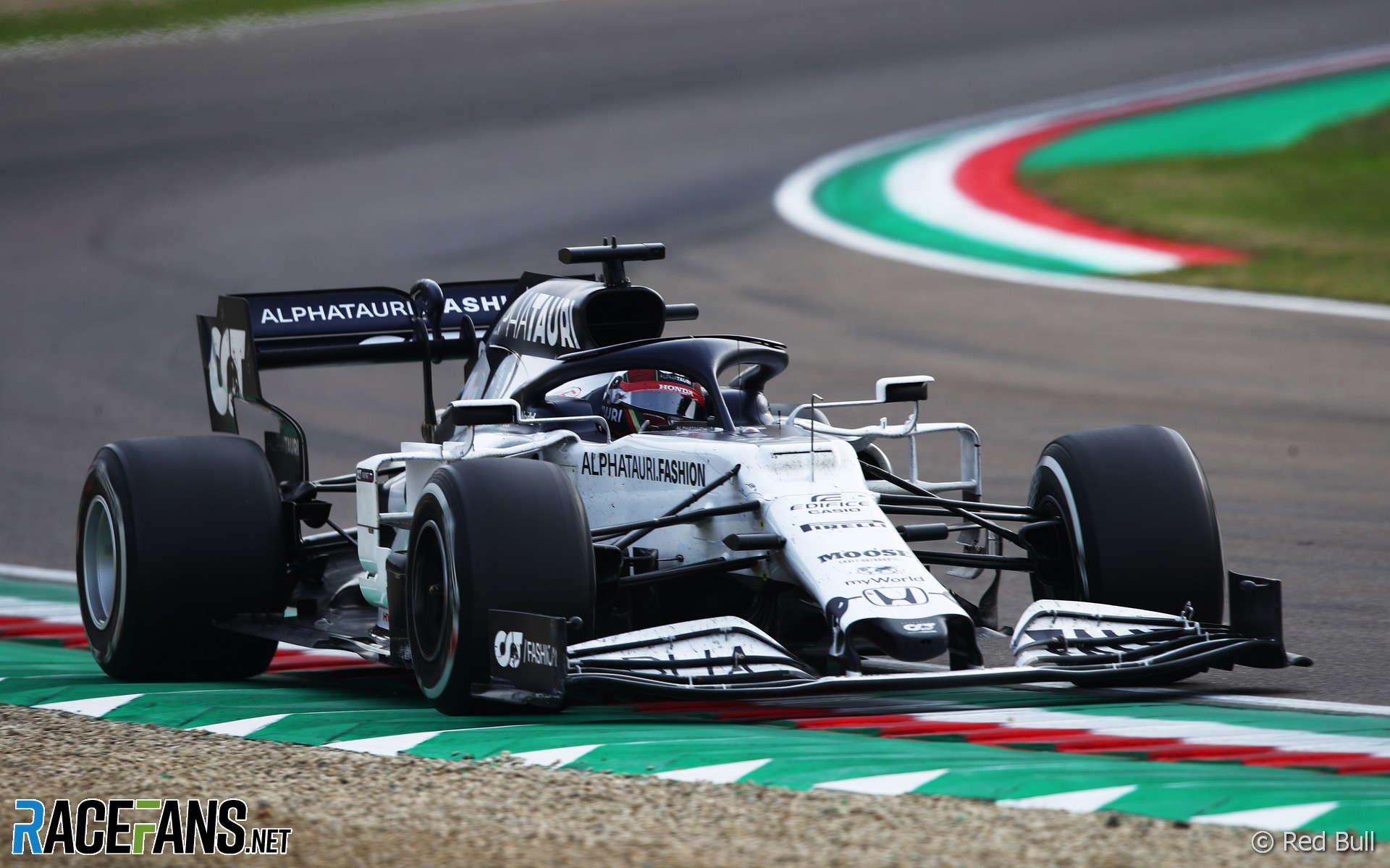 Daniil Kvyat said he had to take risks at the restart to score his season-best result of fourth place in the Emilia-Romagna Grand Prix.

The AlphaTauri driver pitted for a set of soft tyres ahead of the restart and immediately passed Sergio Perez, Alexander Albon and Charles Leclerc for fourth place.

“It was a very entertaining race for myself and I guess for everyone else,” said Kvyat. “It was a very strong race. I’m very happy from my side.”

“I had a lot of fun on that Safety Car restart lap. I overtook two cars on the main straight. Very risky move, but it paid off.

“Then I think Leclerc around the outside in turn nine, it was very good fun. I had to take some risks.”

Kvyat closed on Daniel Ricciardo but was unable to take third place off the Renault driver.

“It was a shame, of course, to miss out by very little on the podium spot. But I pushed until the end.

“Daniel just managed to warm up his tyres when I got behind him. So maybe there’s something we can look into in the future. But nevertheless, I’m very happy, very proud of this result.”

Kvyat praised his team’s decision to pit him during the Safety Car period. “From the team’s side, no mistakes, very good decision-making process. I’m very happy with them. I’ve been in this team since 2014 and they came a long way, I can see that, and I’m proud of them.”

Earlier this week AlphaTauri confirmed Pierre Gasly, who retired early on in the race with a loss of water pressure, will remain with them next year. However Kvyat’s place at the team remains uncertain.

“I’m doing enough, sure, but it’s not everything up to me,” he said when asked about his future. “There are other things that are out of my control and I’m just focussing on enjoying these last five races of the year and then we will see.”