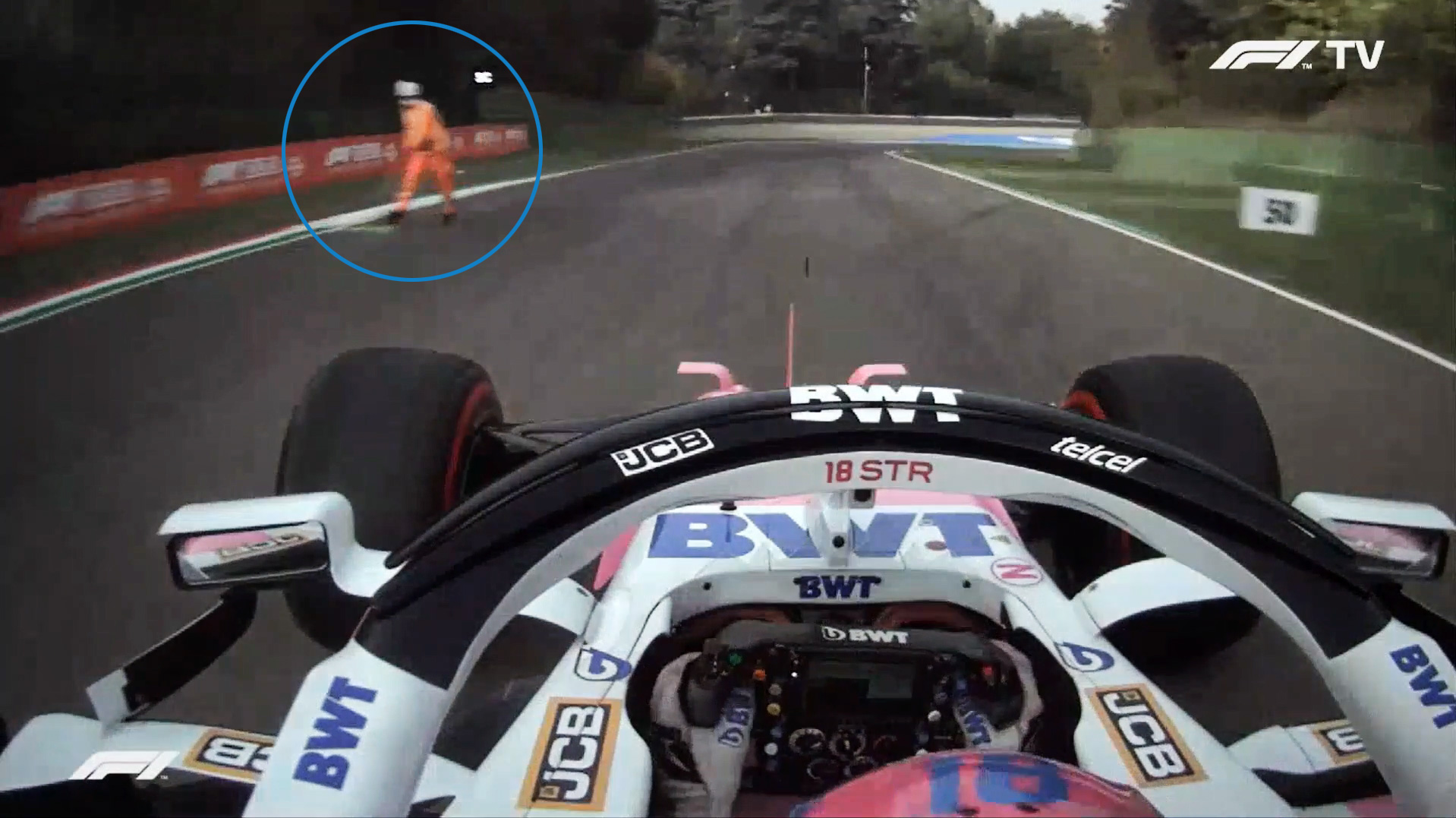 Sebastian Vettel warned race control the presence of marshals on the track during the Emilia-Romagna Grand Prix was “very dangerous”.

Six drivers who were released from behind the Safety Car passed close by a group of three marshals working on or close to the edge of the track approaching Acqua Minerale. The drivers were allowed to overtake the Safety Car in order to get back onto the same lap as the leaders.

The last of the drivers, Lance Stroll, passed close by one marshal at the entrance to the corner at considerable speed.

The marshals were working to clear the scene of George Russell’s crash, which occured during the Safety Car period which had been triggered by Max Verstappen’s retirement. As work to clear the scene was almost completed, race control instructed the drivers who were not on the lead lap to overtake the queue and the Safety Car, and re-join the rear of the train by completing a lap of the circuit.

The first four drivers – Kimi Raikkonen Antonio Giovinazzi, Nicholas Latifi and Romain Grosjean – drove around close together. Haas advised Grosjean that double waved yellow flags were still being shown at Russell’s crash scene before he passed the marshals. “It’s a bit dangerous the leave marshals on,” commented Grosjean on his radio.

Vettel was next to pass the scene, around six seconds after Grosjean, and discovered the same group of marshals, obscured partly from view due to the downhill approach to the corner.

“They have to watch out, the marshals are on the track,” he warned his team on the radio. “It’s very, very dangerous. Tell the marshals to get out of the track.”

Stroll, the final driver to pass the marshals, did not appear to back off as much as the others. He passed by more quickly, taking around six seconds to cover the stretch from Piratella to Acqua Minerale, compared to eight for Vettel.

Article 39.12 of the sporting regulations states drivers who have been permitted to un-lap themselves during a Safety Car period should “proceed around the track at an appropriate speed” to re-join the queue.

RaceFans has approached the FIA for a response.

Last year a near-miss involving Sergio Perez and two marshals during a Safety Car period in Monaco led the FIA to issue a reminder to marshals not to enter a track without the permission of race control.