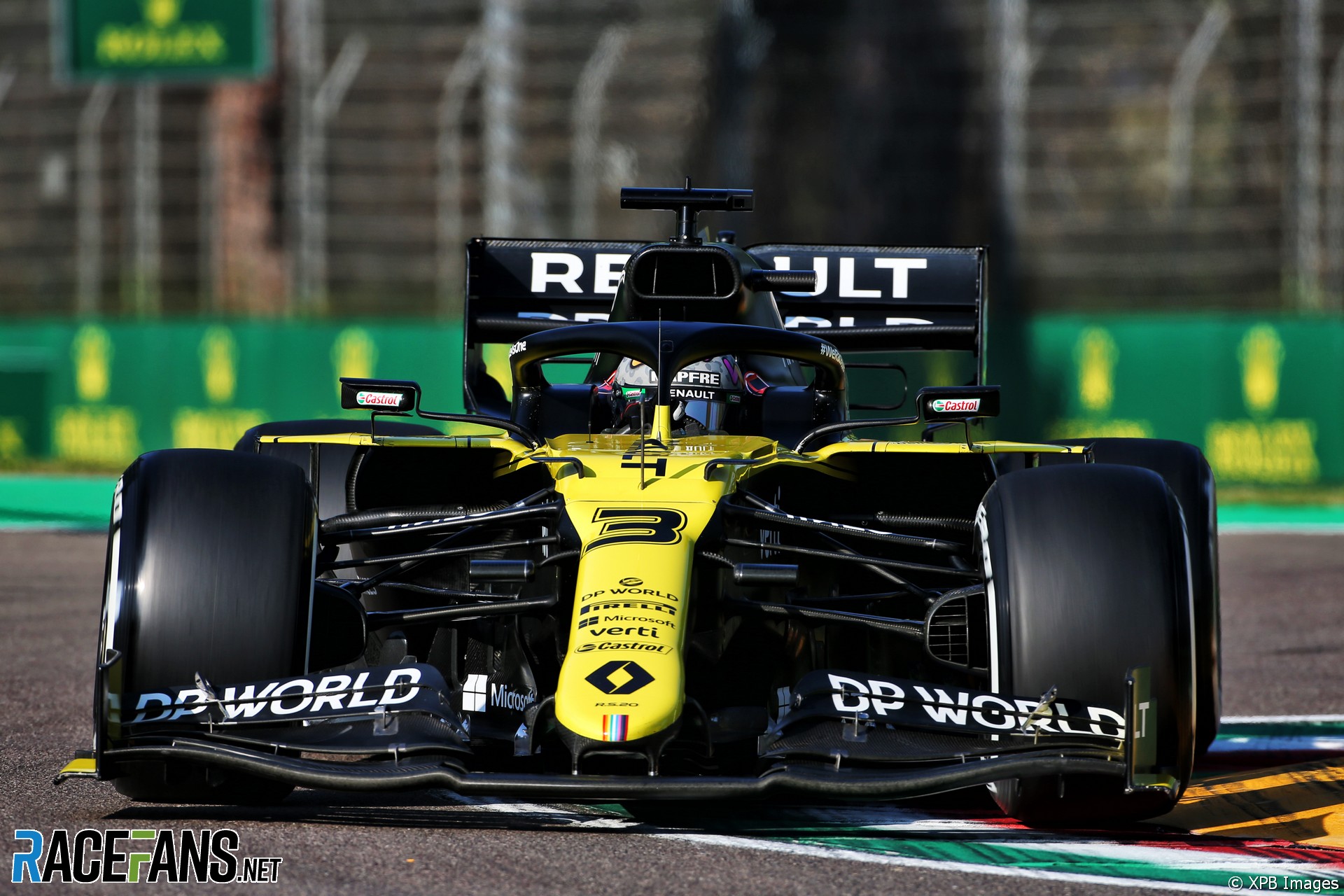 Daniel Ricciardo’s season at Renault keeps getting better. He raved about the Imola circuit and produced a gem of a lap in qualifying to claim fifth on the grid. He started well, passing Pierre Gasly, and gambled on not making a pit stop during the Safety Car period. That got him up to third, and with a skilful restart he had his tyres up to temperature quickly enough to hold back the challenging field.

Once again, this was top-drawer stuff from Verstappen which was cruelly denied the result it deserved. Despite a disrupted Q2 he put the Red Bull where it belonged on the grid, then separated the Mercedes at the start. He was never going to stop Lewis Hamilton from jumping ahead of him at the pit stops, but was superbly placed to capitalise on Valtteri Bottas’s mistake to take second place. He then matched Hamilton’s pace until a tyre failure ended his day.

This may seem generous given that he was out early in the race, but Gasly was on it from the moment practice began. Putting the AlphaTauri fourth on the grid was an excellent effort, and he started well enough to show his nose to Hamilton. Another reliability failure cost him a shot at a podium.

Stroll’s second weekend since returning from his bout of Covid-19 was little better than the first. He was off his team mate’s pace in qualifying and damaged his car at the start which ruined his race. He did a decent job of getting up to speed on the hard tyres, but he was never going to get back into contention, and compounded matters by knocking his front jack operator over. His near-miss with a group of marshals while catching the field up during the Safety Car period was troubling to say the least.

We’ve come to expect great qualifying performances from Russell and he did not disappoint. But crashing under the Safety Car was a woeful and potentially dangerous mistake, which squandered a points-scoring opportunity he had driven well to create.

Hamilton was out-qualified by Bottas but did what he needed to stand a strong chance of jumping ahead of his team mate through the pit stops, before the Virtual Safety Car made it a certainty. Bottas’s race looked weak until the full details of the time loss caused by a significant piece of debris became known. However an avoidable error cost him second to Verstappen, temporarily.

Albon’s spin capped an unimpressive weekend, but there was a mitigating factor in that Red Bull had blown their call to bring him in for fresh tyres, and left him on well-worn rubber as a result. That notwithstanding, this performance could hardly be considered the obvious case for his retention in 2021 Albon was hoping for.

Ricciardo’s podium place should have been taken by Sergio Perez, who ran a patient opening stint to move forward having gone out in Q2, before a curious strategy call by Racing Point dropped him out of the top five. An unmemorable performance by Esteban Ocon was compromised by an early pit stop to remove a tear-off from a brake duct, then curtailed by gearbox problems.

Daniil Kvyat’s final few laps were some of the best he has driven all season, blending aggression and opportunism. He had lagged behind Gasly until that point, however. Charles Leclerc followed him home, the leading Ferrari driver as usual, though Sebastian Vettel’s day was spoiled by a dreadfully slow Ferrari pit stop.

Nicholas Latifi came within a second of bagging his first point in a weekend which was a considerable improvement on his form in Portugal. The Haas drivers struggled on with their under-developed car, Kevin Magnussen more so than Romain Grosjean, as his un-repaired gearbox’s upshifts were so violent they induced a headache, and the team eventually decided to retire him.