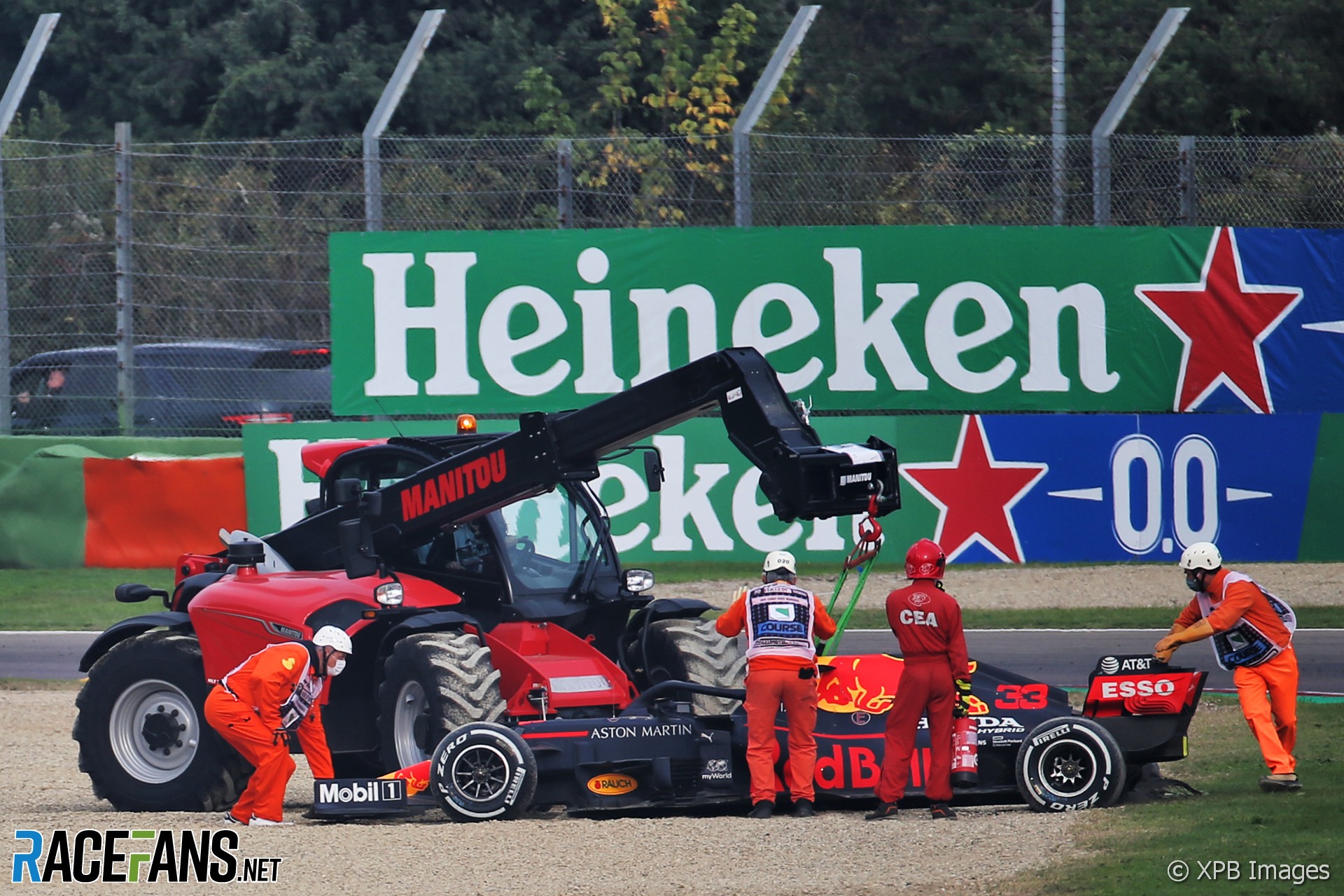 Formula 1’s official tyre supplier Pirelli is investigating whether other drivers were at risk of the same failure which ended Max Verstappen’s race.

The Red Bull driver was pitched off the track when his right-rear tyre failed without warning as he approached the Villeneuve chicane. Video replays indicated the failure occured around the inside shoulder area of his hard compound tyre.

RaceFans understands hard tyres from the same corner on Lewis Hamilton and Daniel Ricciardo’s cars exhibited signs of bulging which could indicate they were also at risk of failure. All three drivers switched to hard tyres at their first pit stops. Verstappen’s tyre was on its 32nd lap when it failed, Hamilton did 22 laps on his tyres before changing them, while Ricciardo ran a 49-lap stint to the end of the race on his hard rubber.

The tyre which failed on Verstappen’s car has been returned to Pirelli’s base in Milan, along with an unidentified selection of other tyres, as part of their routine post-race inspections.

Mercedes confirmed Hamilton experienced a worsening vibration during his stint on the hard tyres. Prior to Verstappen’s failure, Hamilton told his team on the radio he had a “small vibration” from his tyres but stressed it was “nothing major.”

After Verstappen went out Mercedes told Hamilton “we have concerns with our rear tyres as well”. Hamilton replied: “My right-rear looks pretty bad.”

Verstappen is not the first driver to have suffered a sudden tyre failure this year. Racing Point driver Lance Stroll crashed out of the Tuscan Grand Prix following a puncture while running the same C2 compound as Verstappen.

During the British Grand Prix both Mercedes drivers and McLaren’s Carlos Sainz Jnr experienced tyre failures on the C1 compound. Pirelli attributed this to the extremely high cornering forces generated by this year’s cars.

The C1, C2 and C3 tyres have been selected for next weekend’s race at Istanbul Park in Turkey.