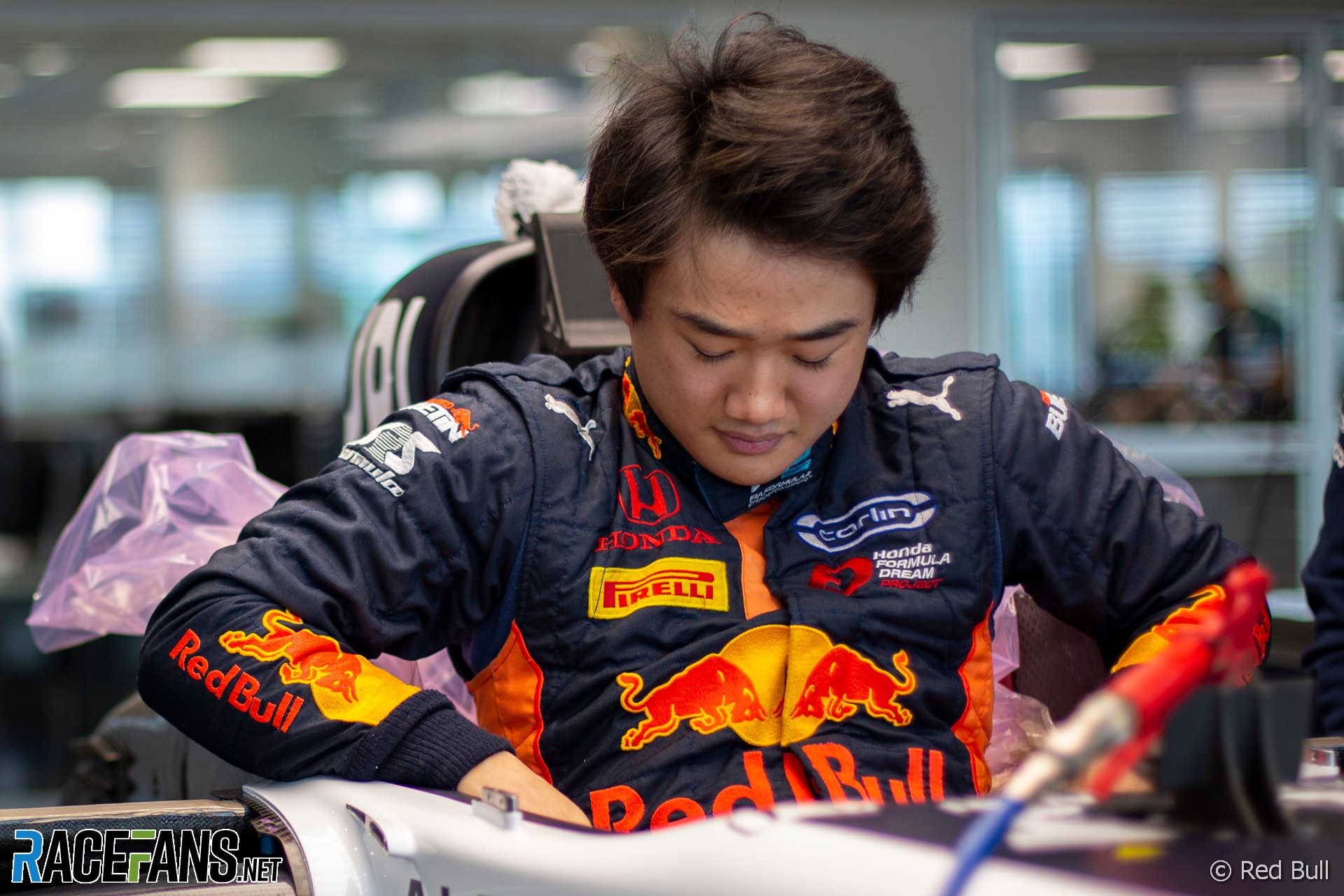 Yuki Tsunoda‘s chance of making his Formula 1 debut with AlphaTauri next season depends entirely on his Formula 2 performance, according to team principal Franz Tost.

The Honda-backed Red Bull Junior Team member, who will test for the team today at Imola, has been strongly linked to the second AlphaTauri seat, following confirmation Pierre Gasly will remain with them next year.

Tsunoda will drive a 2018-specification car in order to complete enough running to qualify for a free practice superlicence. That will allow AlphaTauri to run him on a Friday at a grand prix weekend before the season is over.

Tost said the aim of the test was to make sure Tsunoda completes the mileage required to secure the licence. “It’s his first outing in a Formula 1 car,” said Tost, “it’s in Imola, it’s not an easy track and I will instruct him on the best possible way to do [it].

“We want to do a 300 kilometre run with him, just to get the permission from the FIA to do, eventually, first practice in Bahrain or Abu Dhabi.”

With four F2 races left this season Tsunoda lies third in the championship and is the highest-placed rookie. He is likely to reach the points threshold required to qualify for a superlicence at the end of the year. F1 practice outings would help add towards that total.

Tsunoda’s future “depends where he ends up in the Formula 2 driver’s championship”, said Tost. “If he is within the first four, he gets the superlicence. It he is fifth then maybe he needs to do first practice sessions because you get the point as well.”

Other contenders for the seat include the team’s former driver Alexander Albon, whose place at Red Bull is in doubt, and current driver Daniil Kvyat. “It’s better to have a queue than to have nothing,” Tost acknowledged.

But Tost said they “are not in a hurry” to make their choice. “If it’s before the end of the season, it’s fine. It depends, also, where Yuki Tsunoda ends in the championship because it is a very important factor.”

However he made it clear Honda’s support for Tsunoda was not a factor in the team considering him. “It’s just his performance,” Tost affirmed. “It has nothing to do with any sponsors or anything like this. This was never the case at either Toro Rosso or Scuderia AlphaTauri.”

“We must be convinced that the driver has the necessary ability and skills to drive successfully as a Formula 1 driver, because although we are the so-called sister team, our pride expects good drivers,” he added.