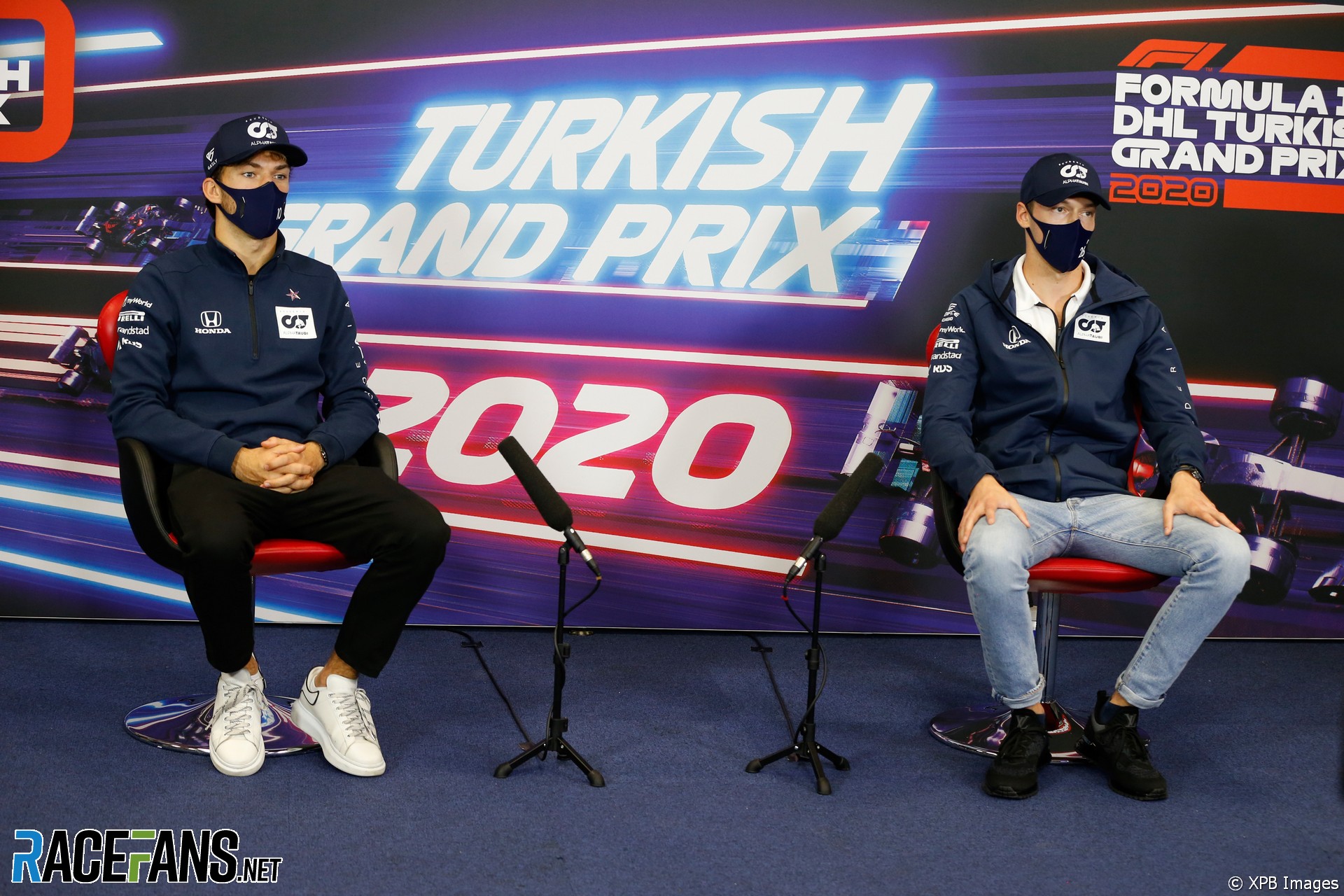 AlphaTauri’s hopes of beating Ferrari to sixth place in the constructors championship are fading, its drivers admit, despite the gap between the two teams narrowing at the last race.

The team finished sixth in the championship last year, as Toro Rosso. They have out-scored Ferrari in five of the last seven races, but Pierre Gasly’s retirement at Imola cost them the chance to further cut into their rival’s lead.

“It’s becoming mathematically more and more difficult every weekend because they’re also scoring on their side and improving the car race after race so it’s not easy,” Gasly admitted.

“Unfortunately, we missed an opportunity to score big points on my side in Imola, which would would have put us closer. I think we want to believe [a good result] is something which is possible to achieve, hopefully another time before the end of the year, and then things will look quite good for us.

“So we’ll keep pushing no matter what. It’s not going to be an easy one but we’ll give our best for that.”

Daniil Kvyat fourth place in the Emilia-Romagna Grand Prix narrowed the gap between the two teams to 14 points with four races left. He said the team need to keep delivering two-car points finishes between now and the end of the season.

“We need to keep pushing. I don’t think we should be looking too much into the standings, just focus on ourselves.

“We’ve been very close all year with Ferrari and we’ll try to, of course, do our best. Sometimes they’re a bit ahead, sometimes we are and in Imola we managed to cut a little bit the points deficit.

“But we need to keep working and scoring with both cars will be very helpful. It’s going to take a good team job to try and outscore them until the end of the year and we’ll definitely do our best.”