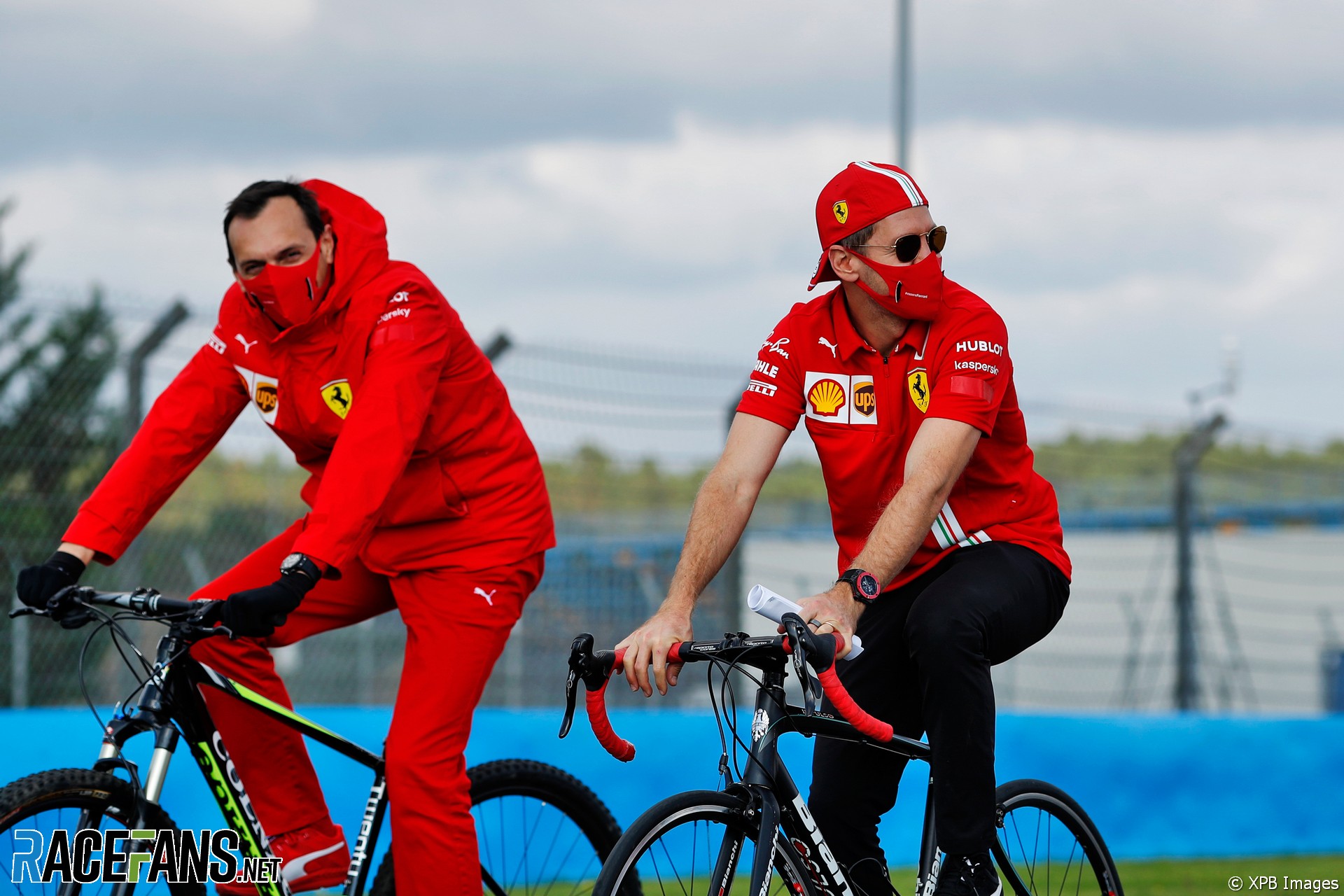 The Ferrari driver was one of several racers who were released from behind the Safety Car in order to re-join the lead lap at Imola, then passed close by a group of marshals as they approached Acque Minerale. Vettel warned his team on the radio the situation was “very, very dangerous”.

Asked about the incident in today’s FIA press conference Vettel said that instead of telling drivers to regain a lap before restarts, F1 should rewrite its software so a lap can be added to their totals, without an extra lap being driven.

“I think we should probably focus more on the solution,” said Vettel. “I think the reason why we are physically un-lapping ourselves is because we can’t work out a software which actually just resets us.

“So we have to do the extra lap, which sounds quite embarrassing, but I believe it’s the truth. So I guess going forward we would just probably put some effort into a software that the lapped cars are not forced to physically un-lap themselves but you can just reset the lap on the screen and put them in the place that they are. I think that would be the solution.”

The practice of sending drivers around the Safety Car to regain a lap is seen in other categories. Vettel says it has created dangerous situations there as well.

“Obviously as a consequence in the past you had people trying to catch the field, also in other categories, crashing and that can’t be safe under full course yellow to go out and crash.

“Plus, as you’ve witnessed in Imola, people working on the track trying to do a favour for us, recovering the car that was stranded there, cleaning the track. They work in the contrary these two things.

“I think we should just focus on the solution which I believe is purely software-related and given that it’s 2020 I think it should be possible.”