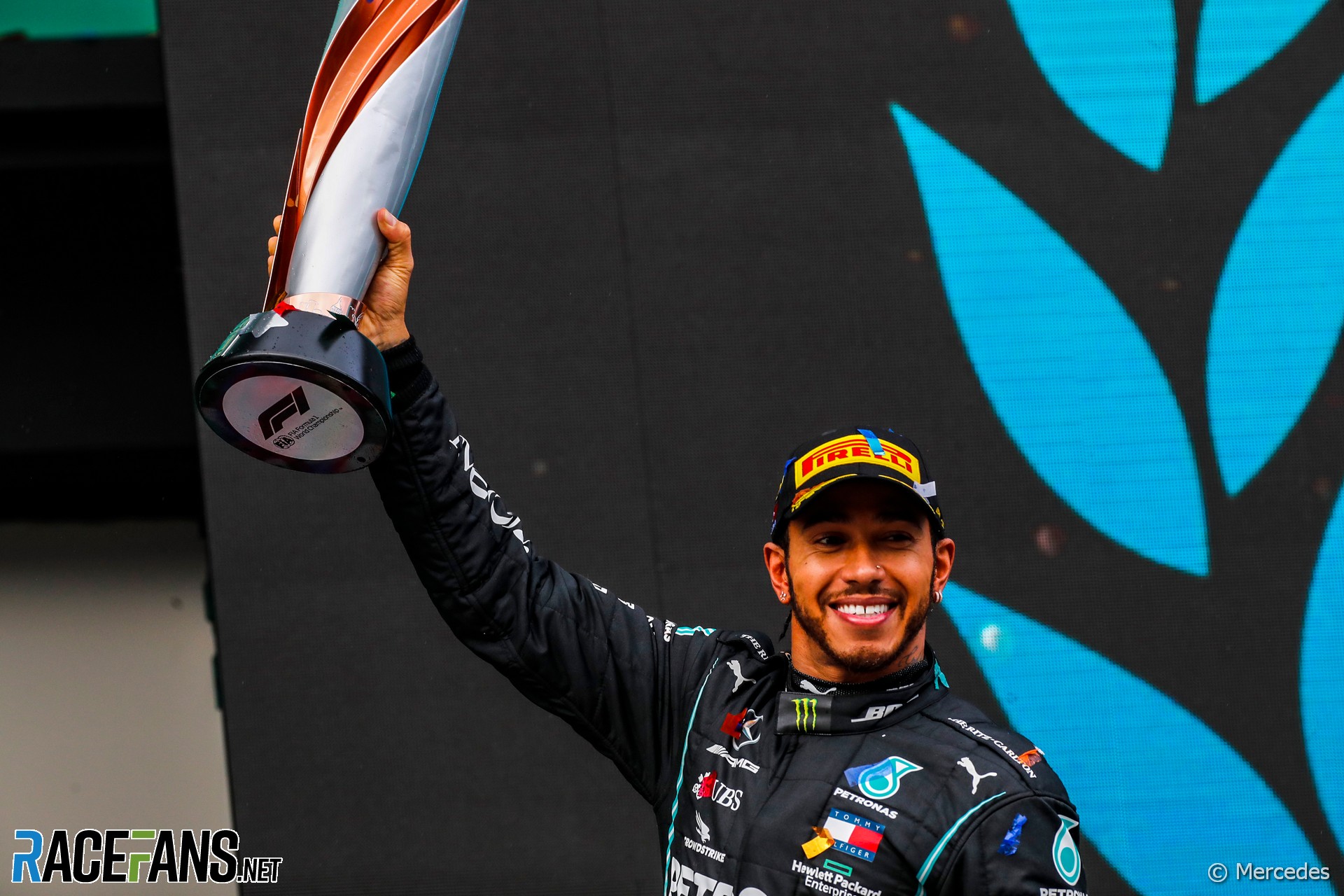 Lewis Hamilton has insisted he is not considering the possibility of being knighted for his achievements following his latest world championship success.

The Mercedes driver has already won more races and scored more pole positions than any driver in the history of the sport. Yesterday he equalled Michael Schumacher’s record of winning seven world championships.

While many have called for Hamilton to be included in the new year’s honours list, he insisted he isn’t considering the possibility of being knighted.

“Every year we talk about this and I naturally get the questions and I don’t really have anything different to say, compared to before,” said Hamilton.

“When I think about that honour, I think about people like my grandad who served in the war, I think about Sir Captain Tom who got knighted and waited 100 years for that incredible honour. The people that are running hospitals, the nurses and doctors who are saving lives during the hardest time ever.

“I think about those unsung heroes and I don’t look at myself as an unsung hero. I’ve not saved anybody. It is an incredible honour that a small group of people have had bestowed upon them.

“All I can say is that standing today, and hearing the national anthem I’m very, very proud. I am a very proud Brit and that, as I said before, this really is like the most special moment to be able to represent, to be up there representing a nation. Having the flag over your head, over number one, that is such an incredible honour. That’s really all I have to say about it.

“It’s not something that I think about. I’ve got a lot of work to do. There’s more work to do here in this sport.”

Hamilton has taken on a far more active role in promoting diversity and environmental sustainability in the sport during 2020.

“This year we’ve had this awakening and I think people hopefully are starting to be held accountable and holding themselves accountable and realising that’s actually not a really bad thing,” he said. “It just means we’ve got to work harder, we’ve got to not be so stubborn, open our minds up and educate ourselves a bit better so we can push for a more equal world.

“I’m not going to stop fighting for that. And then part-time maybe I’ll keep racing for a little while.”

Immediately after his victory in yesterday’s Turkish Grand Prix, Hamilton said on his radio: “To all the kids out there who dream the impossible, you can do it too.” Speaking to media later, he said he hopes to serve as an example to young black people in particular.

“When I was younger, I didn’t have anybody in the sport that looked like me, so it was easy to think that that’s not possible to get there, because nobody of your colour has ever been there. You don’t see any black people on TV that are in Formula 1.

“But I think hopefully this sends a message to the kids that are watching. Hopefully they’ve seen that performance today and hopefully they can see that it doesn’t matter where you come from, I think whatever your background, I think it’s so important to you to dream big.

“And if you are looking at places, industries that you don’t see someone of the same background as you, or the same ethnicity as you, or with the same religion, create your own path. Because that’s what we did. That’s what I’ve been able to do. And it’s been so tough. ‘Tough’ doesn’t even describe how hard it’s been. I hope that sends that message. That’s the most important message for kids: to dream as big as possible and not give up.”

43 comments on ““I’m not an unsung hero”: Hamilton not considering possibility of knighthood”